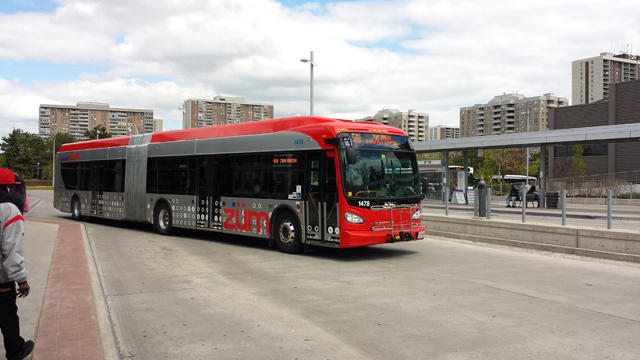 The city of Brampton is receiving more than $11 million from the province this year for transit.

The city of Brampton is receiving more than $11 million from the province this year for transit.

Overall, the Ontario government is providing $357.2 million in gas tax funding to 105 municipalities to expand and improve public transit.

“This increase in sustainable funding for local transit across the province means that more than 90 per cent of Ontario’s population will benefit from improvements to their daily transit service so that more people can get where they’re going faster, ” Del Duca said.

Del Duca was joined by Brampton-Sprindale MPP Harinder Malhi and Mayor Linda Jeffrey to make the announcement at the Sandalwood Bus Facility on Tuesday morning.

“This increase in demand requires significant investment to ensure we can maintain and improve our service – whether that includes adding new routes or adding new buses.”

Statistics – including population and ridership – determine how the gas tax revenue is distributed.

One bus takes up to 40 vehicles off the road, according to the province, and keeps 25 tonnes of greenhouse gas emissions out of the atmosphere each year.

“As our population grows, it’s so important for our transit networks to keep up with the increased demand for new and more travel options,” said Malhi.

“This increase in funding will help Brampton expand on much needed public transit for our residents.”