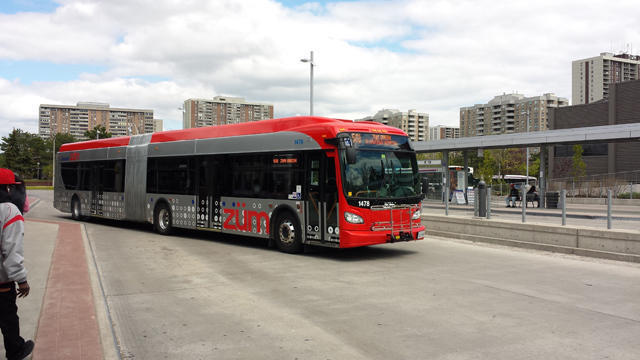 It’s not secret that Brampton Transit is a rapidly growing transit system — it’s actually the fastest growing in Canada. Now, the transit system is facing an unprecedented increase in ridership, projected at 27 million for 2017.

This is all well and good, but when it comes to Brampton Transit, the one major factor that concerns commuters is this:

Two words that a regular commuter never wants to see followed by the word “increase.”

Allow me to rip the off the bandage:

“Brampton Transit is facing significant cost pressures due to the demands to increase service levels and frequencies to meet the growth in Brampton’s population and ridership,” says the budget committee report from the transit agency.

According to Brampton Transit, there are external cost pressures like increased diesel fueld costs and Cap and Trade costs that need to be covered, so the increase would offset some of those expenses and share a portion of them between transit users and taxpayers.

If cash fare were to increase to $4, Brampton Transit cash fare would be on par with York Region transit fare, topping fare in Mississauga, Burlington, Oakville, TTC, Durham Region, and Hamilton Street Railway. This would make Brampton Transit some of the most expensive transit in Ontario.

According to the report, “the proposed changes, including the cash fare increase, are anticipated to generate 1.4 per cent more fare revenue, which is below the inflation control target rate of two per cent.”

You may know that Brampton’s population has increased by 20 per cent since 2009. But here’s a wild fact: Brampton Transit ridership has nearly doubled during the same period, according to the City.

If you were curious about other major budget details on transit, Brampton Transit’s operating budget is projected at about $66 million in 2018, increasing to over $70 million in 2020, and the Highway 407 Transit Way is still in the works.

The City’s proposed budget also has plans to have 31 new conventional buses and 34 new Zum buses as part of Brampton Transit’s fleet over the next three years.

As for the fare increase, the budget will be approved on December 6, 2017, so we should have more full details very soon.