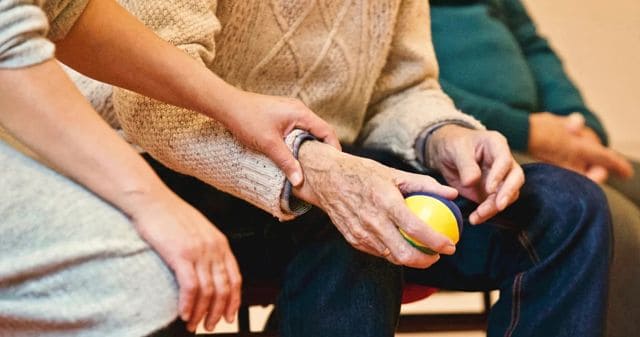 A resident died of dehydration at the same Brampton long-term care home where a staffer was recently charged with failing to provide the necessities of life.

On Monday night, Dr. Vivian Stamatopoulos, a university professor who has called for reforms to long-term care in Ontario, shared an inspection report from the Ministry of Long-Term Care. Dated April 12, it states that Grace Manor in Brampton was visited by an inspector over five days in March after “an allegation of resident abuse and neglect.”

During an inspection, the ministry’s representative will speak with senior staff, including nurses, dietitians and administrators. They will also observe interaction between staff and residents.

The inspection’s findings concluded that the long-term care home’s owners had failed to document the fluid intake of three residents. One of them died at hospital.

“The licensee has failed to ensure the fluid intake was documented for three residents reviewed,” reads the third page of the four-page report.

“Three residents were identified at risk for dehydration and required a specified amount of fluids daily. Staff were told to provide the residents fluids during meals, nourishment, and at other times during the 24 hour period and document the amount of fluids the resident consumed. This was acknowledged by a Registered Practical Nurse (RPN), the Dietary Manager (DM) and Administrator.

“The residents’ clinical records were reviewed and showed their fluid intake was not documented on numerous dates and times.”

So remember the home where a staffer was just charged by @PeelPolice for failing to give medications to 11 residents. Well look at this inspection report from APRIL at the home (Grace Manor #LTC– Brampton).
RESIDENT DIED FROM DEHYDRATION!
Full report: https://t.co/tjMoE1E5fK https://t.co/XmY1kmvG9s pic.twitter.com/hW4Lr2w0am

The inspection took place from March 8 to 11, and again on March 16.

That would have been just a week or so after the release of an independent commission’s report on long-term care in Ontario found that numerous seniors had died from neglect and dehydration since the COVID-19 pandemic increased the daily duties of workers in long-term care homes.

Last Friday, Angeline Richardson-Mckenzie, 59, of Brampton, was charged with 11 counts of failing to provide the necessities of life. Peel Regional Police say that 11 residents of the long-term care home allegedly received medication in a way that was not as prescribed.