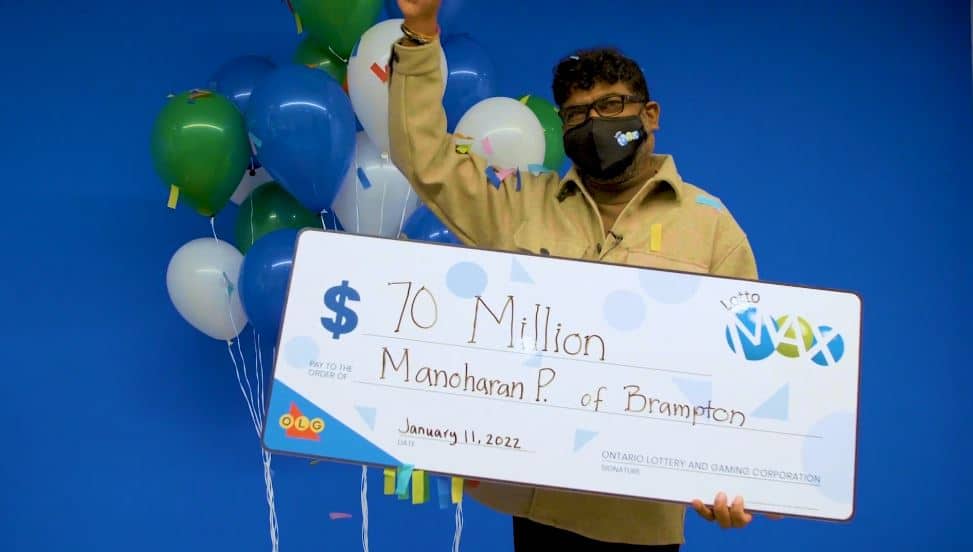 Manoharan Ponnuthurai said he couldn’t believe his eyes when his lucky number came up.

“I heard on the news that someone in Brampton won $70 million so I started checking my numbers,” Ponnuthurai said.

“One by one the numbers were matching and by the fourth number, I knew I won something. That’s when I started shaking and called my wife and children to help me check. As each number matched, my heart was racing faster and faster.”

Still not believing he matched all seven jackpot numbers, he checked his ticket on the OLG App and saw “BIG WINNER” displayed on the phone screen.

He said he was shaking and in shock, quietly saying, “I won. I won.”

“My family started hugging me and I could feel them shaking with excitement as well,” he said.

“They kept saying they couldn’t believe this was real. I was so blessed to have them all with me to celebrate this incredible moment. My mother, who was also with us celebrating, said that I deserved this win and I felt so proud to hear her say that.”

Manoharan said he doesn’t plan to retire from his small manufacturing company, which employs several people who depend on him for their jobs.

But his wife is retiring from her job immediately and plans to start studying again as she wants to take courses to learn more about the world around her.

She will put her new knowledge to good use because the family will be doing some travelling when it is safe to do so.

“I want to explore Europe. I want to take time to see the entire continent and make ‘friends’ with all the beautiful spots around the Mediterranean Sea,” he said.

A new home is also planned for the near future.

Manoharan also wants to give back to his community and is in talks with his financial planner on exactly how to do that.

Lotto Max players in Ontario have won over $6.7 billion since 2009, including 88 jackpot wins and 721 MAXMILLIONS prizes, right across the province.