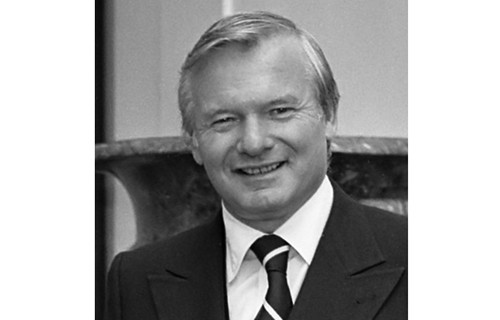 The City of Brampton will be building a monument to honour the late William G. Davis, who passed away this summer.

“Bill Davis was a giant in Canada, who we greatly admire,” Mayor Patrick Brown said during a press conference on Wednesday (November 17).

Davis had a long career in politics—he was first elected as an MPP representing the Region of Peel in 1959 when he was only 29 years old.

In 1962, he was appointed to Premier John Robarts’ cabinet as Minister of Education and during his tenure, he significantly increased education funding, as well as established Ontario’s community college system, and established new public universities, including Trent University and Brock University.

Earlier this month, a memorial service was held for Davis, and six months ago, Brampton City Council approved a motion to build a monument to honour him.

“I know the City’s actively working on that project, which will be constructed at Gage Park,” Brown said.

Davis passed away on August 8 at the age of 92.