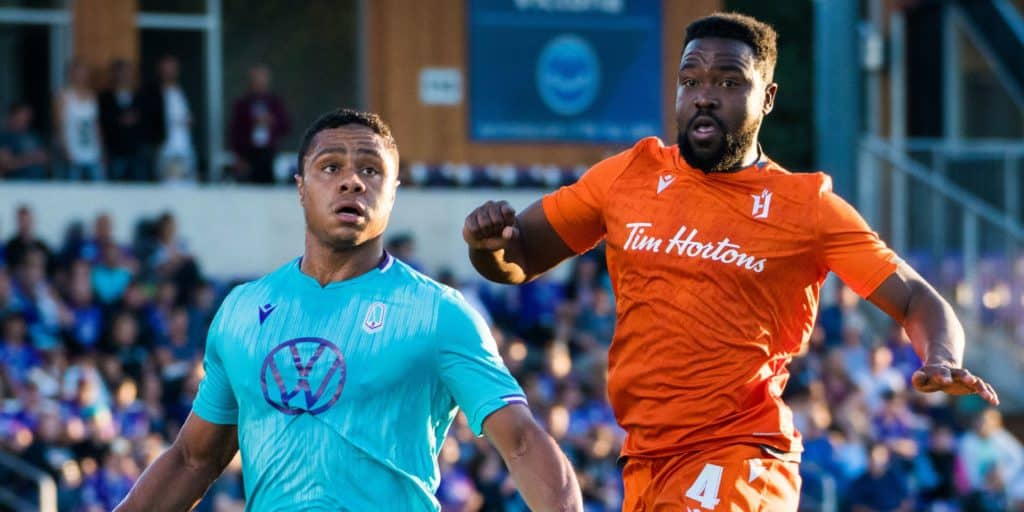 Forge FC’s already potent attack received a boost with the addition of Canadian forward Terran Campbell on a multi-year agreement.

Announced Tuesday (Jan. 11) by the Hamilton soccer club, Campbell spent the past three seasons with Pacific FC in the Canadian Premier League (CPL).

The 23-year-old suited up for a total of 69 appearances for Pacific, recording 25 goals with 10 assists in all competitions. Campbell’s 11 goals and five assists in 2021 earned him recognition as a finalist for the league’s Most Valuable Player award.

One Soccer analyst Oliver Platt called the moves by Forge FC an “offseason bombshell” on Twitter.

From what I'm hearing… Pacific respect the right of the players to move on. No grudges there. But towards Forge, there is contempt for the way this went down. For a few reasons a real rivalry started to brew around the final and just got turned up big time. #CanPL

“We are very happy to welcome Terran to Hamilton and our club,” said Forge FC Director of Football Costa Smyrniotis. “His ability to create quality chances for himself and teammates will no doubt make him a valued addition to our group. He is driven to constantly improve his game, and we are happy to be his club of choice to achieve this during these next few important years of his young professional career.”

The five-foot-11 native of Burnaby, British Columbia also made seven appearances for Fresno FC of the USL tallying one goal and one assist in 2018.

Internationally, Campbell made five appearances for Canada at the U17 level in 2015.