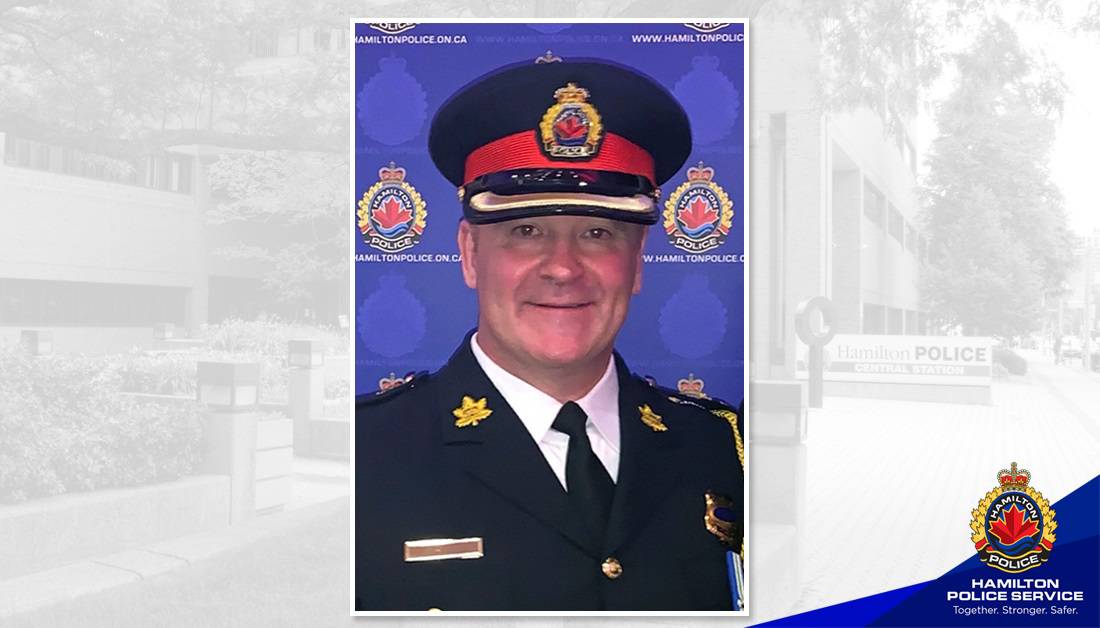 The Hamilton Police Services Board has announced who the next Deputy Chief of Police for the service is and it turns out, it’s not such a new face.

Mayor Fred Eisenberger, who is chair of the board, announced the Paul Hamilton will step into the role on Monday (Sept. 27), effective immediately.

Hamilton has been a member of the Hamilton Police Service (HPS) for 31 years.

“This is an exciting day for our service and concludes an extensive recruitment process that involved diverse candidates from both in and outside of Canada, to determine the best individual to support us in fulfilling our mission to serve and protect the citizens of Hamilton in partnership with our communities,” said Eisenberger at an event announcing Hamilton’s appointment outside the Central Station.

Most recently, Hamilton held the position of Acting Deputy Chief of Support Services and prior to that working as Superintendent in the Investigative Services Division for HPS.

He has been a command lead on a variety of multi-jurisdictional major case management investigations, an HPS press release notes, that have included domestic and international law enforcement agencies.

“Over his 31-year policing career, Paul has demonstrated his commitment to community safety and his ability to find innovative solutions to complex issues,” said HPS Chief Frank Bergen in the release.

“His leadership will be important as we partner with the community to promote safety and well-being for all Hamiltonians.”

Hamilton replaces Bergen as Deputy Chief, who was appointed chief earlier this year when the former chief, Eric Girt, retired in February 2021.

According to the press release, Hamilton studied Sociology and Criminology at the University of Ottawa and he lives in Dundas.