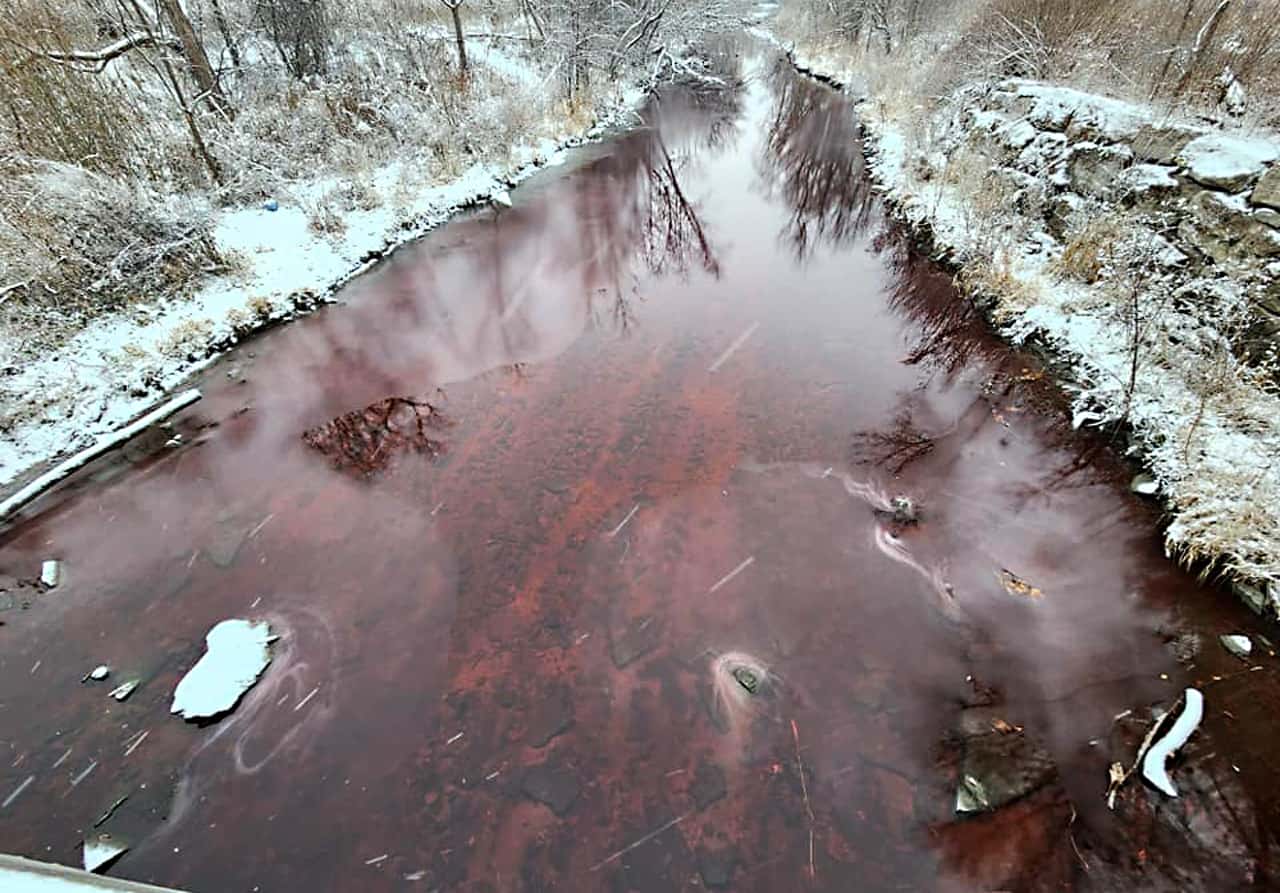 A blood red creek in Mississauga sparked concern among residents this week.

Cooksville Creek in Mississauga turned a dark red this week and several posts on social media raised concerns about the health of the creek.

People speculated the cause could be natural from iron or leaves. While others thought it came from some type of chemical spill, which happened in Mississauga nearly two years ago.

In March 2020, Etobicoke Creek turned a similar colour and the cause turned out to be from a spill. Peel Public Works said a company in north Mississauga spilled 400 litres of red ink.

In this recent case, people contacted 311 and the city investigated. 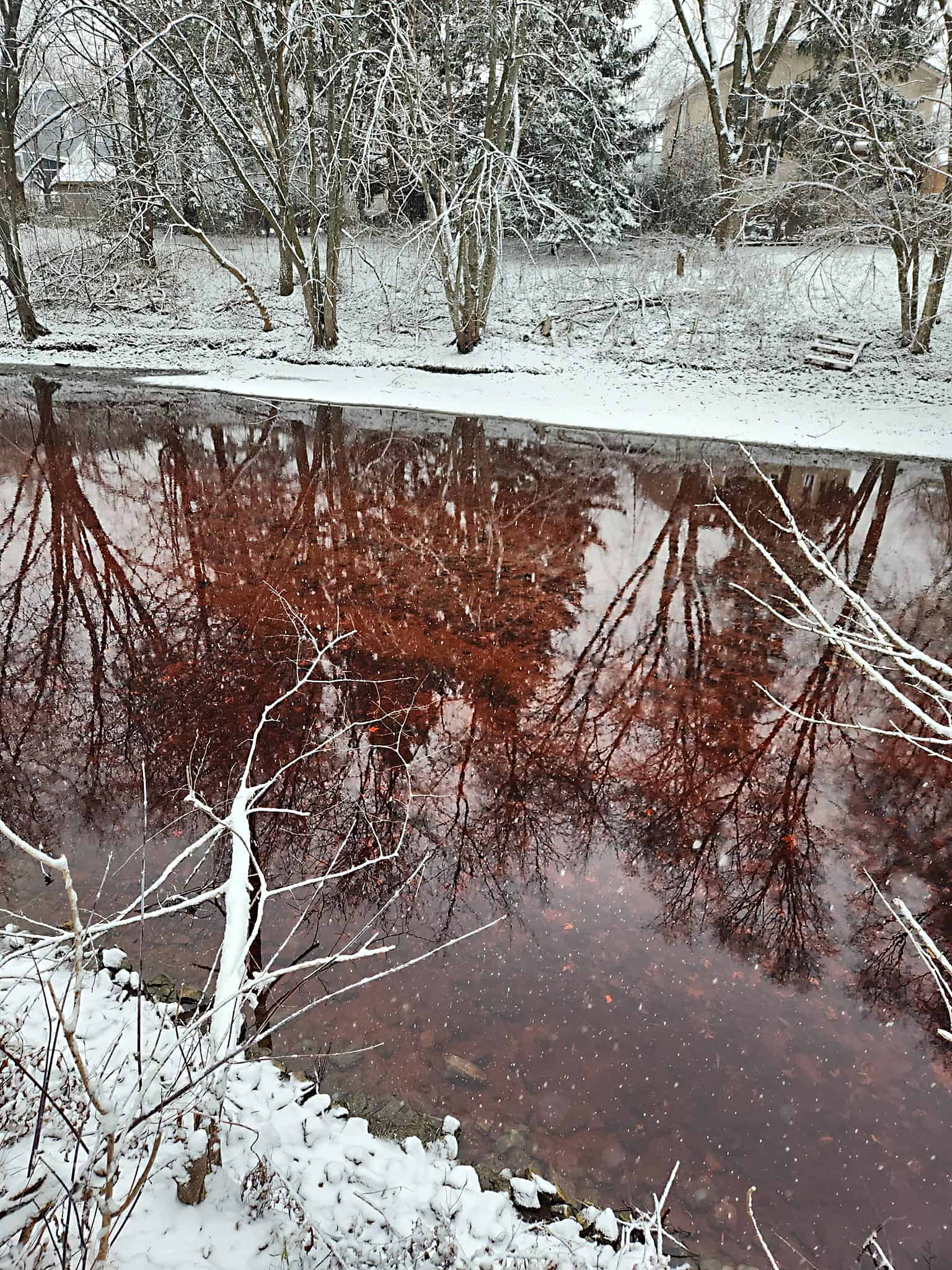 The spokesperson didn’t say what the spill was or if it is dangerous to the creek and natural environment. They were hoping to provide more information today (Dec. 14).

“The polluter has taken responsibility and has completed the initial clean up work however due to the nature of the spill remediation remains ongoing at this time,” the spokesperson adds. “The Ministry of the Environment Conservation and Parks is involved and is now overseeing the remedial efforts.”

Update: The City of Mississauga declined to answer further questions on the spill, saying they have passed the file onto the Ontario Ministry of Environment, Conservation and Parks.