NEFTA Football Club, an Oscar-nominated short film about about two brothers, a donkey and some white powder

The best films are watched with friends and a beverage, followed by an engaging discussion about the shared experience. So why not escape the holiday shopping madness for an afternoon with nine short films and a chat with Cinechats founder John Arkelain?

The Durham Region International Film Festival (DRIFF) has collaborated with Arkelian for a showcase of the best short films submitted to DRIFF. The films will be screened at the atmospheric Biltmore Theatre in Oshawa on Sunday December 11.

Arkelain is just the right person to encourage relaxed and thoughtful exchanges of perspective. Over the 97 minutes of screenings, you’ll giggle, gasp, ponder, and maybe even cheer. Then, have the satisfaction of a great conversation over a drink as you savour leaving ordinary life – and your holiday shopping worries – behind for an afternoon.

“What is a short film but an entire world contained and cradled in a few brief minutes?” says Arkelian. “Here you will find a microcosm of life, peopled by characters we come to know, and a story that unfolds in a fleetingly brief span. There’s an elegance to such storytelling in miniature — and it is a true testament to the art of filmmaking that laughter, tears, astonishment, and meaning can be so powerfully evoked by such artful brevity.”

Included in the program is NEFTA FOOTBALL CLUB by Yves Piat (France) which screened at DRIFF in 2019 and garnered an Academy Award nomination for Best Live Action Short Film in 2020. It’s a story about two young brothers who come across a donkey with headphones on its ears and bags full of a white powder on its back. The boys ultimately decide to bring the bags back to their small Tunisian village.

Another film that’s been turning heads on the film festival circuit since 2019, and that you’ll be happy to dwell on, is GILTRUDE’S DWELLING by Jeremy Lutter (Canada). This live action short features Giltrude, an inter-dimensional shut-in who lives in a supernatural house that changes locations daily. When a life or death dilemma comes knocking at her door, she must learn to face the outside universe.

There will be plenty to discuss after viewing the single-shot #metoo horror LILI by Yfke van Berckelaer  (Netherlands). An uncomfortable cat-and-mouse game ensues when Lili knows she has to nail an audition and The Man she is auditioning for knows it too. It’s a chilling film about power, the misuse of power, and female empowerment.

Tickets for the program can be purchased for $8 from the Biltmore Theatre box office at https://tickets.biltmoretheatre.com/driff. To see the full film lineup and trailers, visit https://www.driff.ca/best-of-driff-shorts. 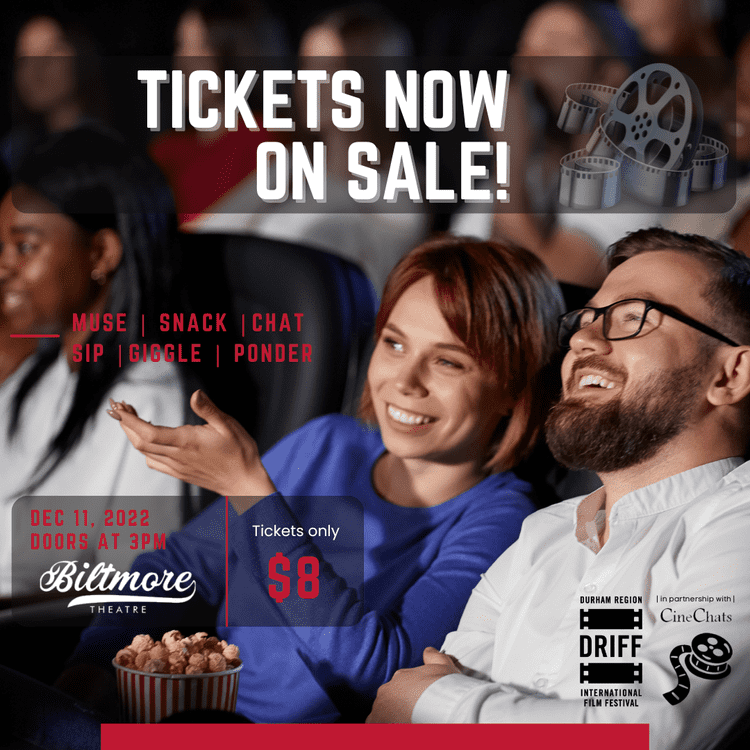