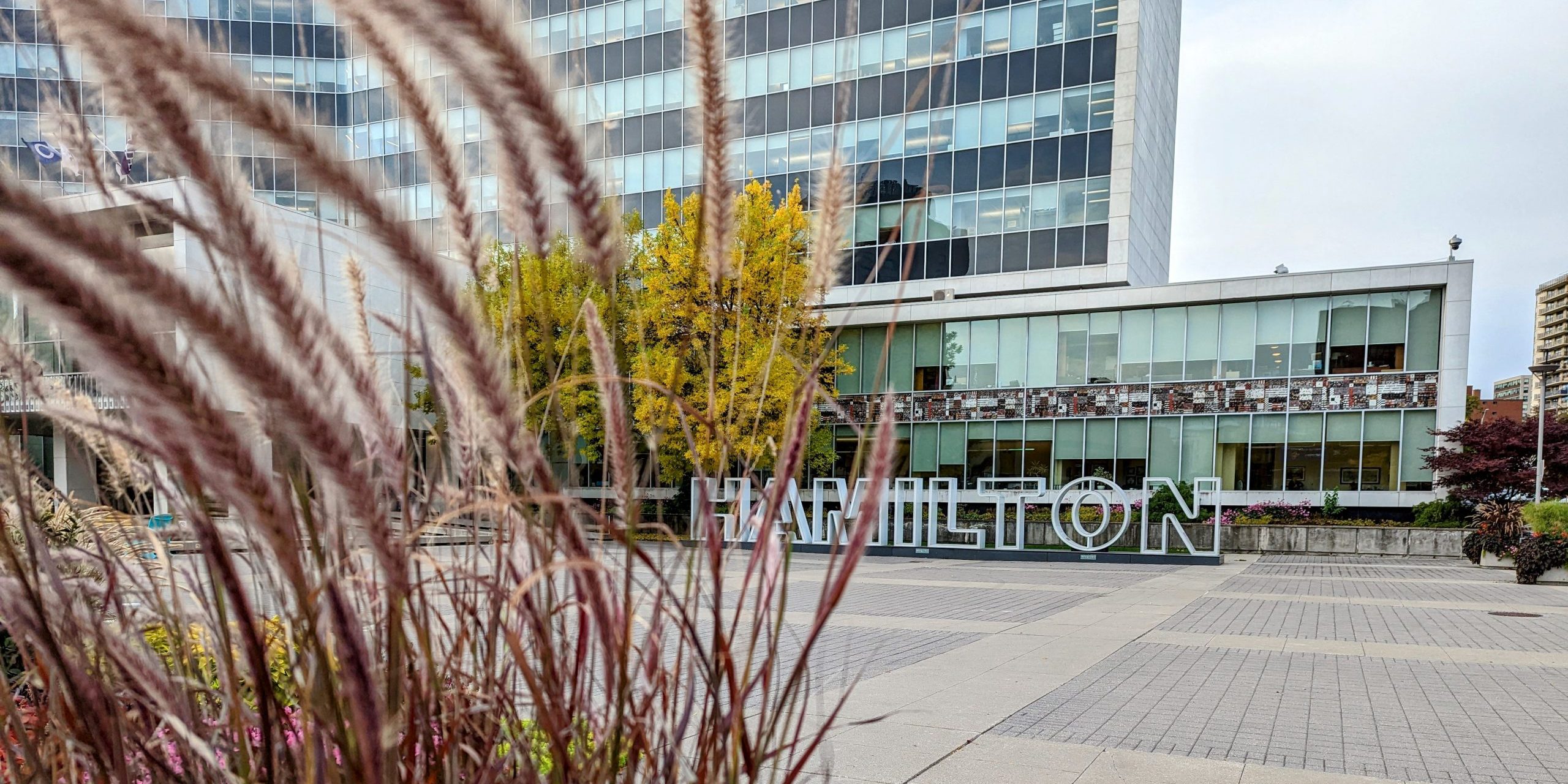 The average monthly rent in Hamilton saw a significant increase year-over-year in September, but it's still one of the more affordable big cities in Canada. (Anthony Urciuoli/insauga.com photo)

The average monthly rent in Hamilton saw a significant increase year-over-year in September, but it’s still one of the more affordable big cities in Canada for renters.

According to data released by Rentals.ca and Bullpen Research & Consulting in the latest National Rent Report.

Year over year, the average monthly rent last month for a one-bedroom in Hamilton was up 8.4 per cent and 18.3 per cent for a two-bedroom.

Hamilton’s average rent for condo rentals and apartments rose 14 per cent year over year to $1,951 in September.

According to the report, rental demand is cooling in Hamilton based on online pageviews per listings on Rentals.ca in the third quarter of July, August, and September. Hamilton ranked 19 on a list of 25 Canadian cities for demand. 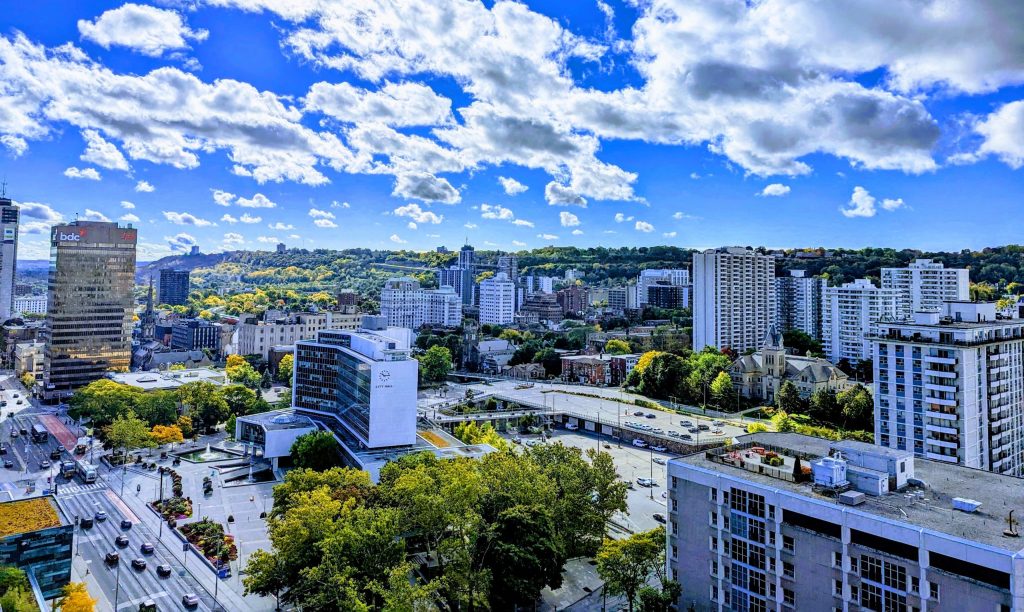 The average rent is now about $100 more than the pre-pandemic peak level from the fall of 2019.

Continued strong demand, plus the completion of several new purpose-built rental apartments with higher rents, contributed to the significant annual rent increase, according to the report. 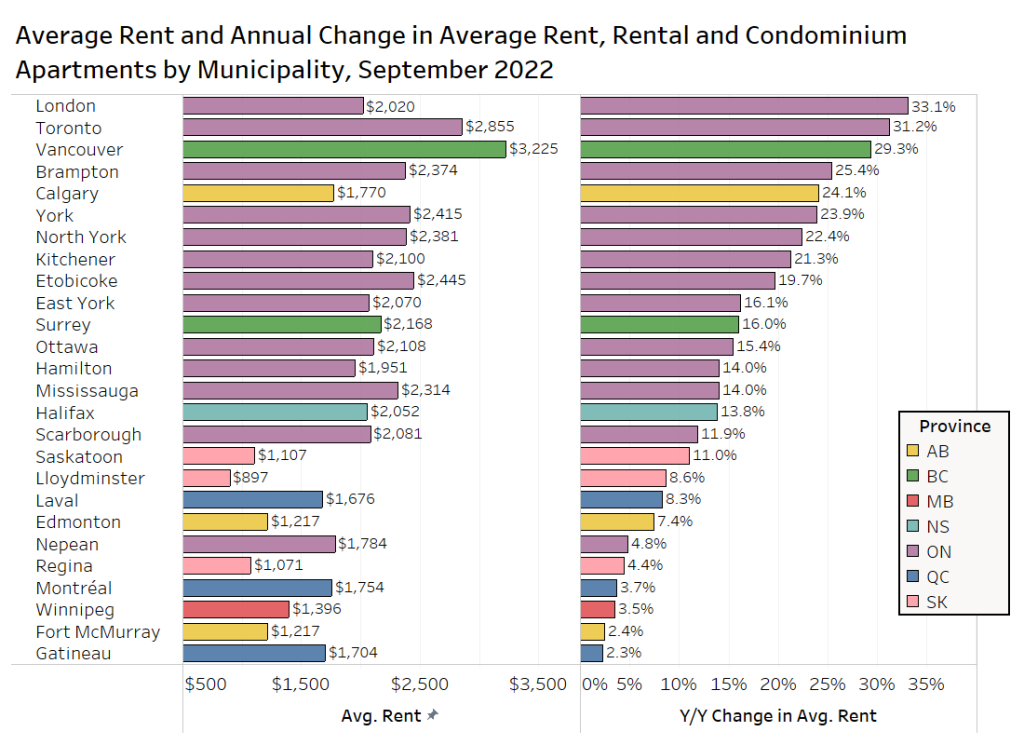 The average rent increased in Toronto compared to September 2021, up 31.2 per cent to $2,855, for condominium rentals and apartments. 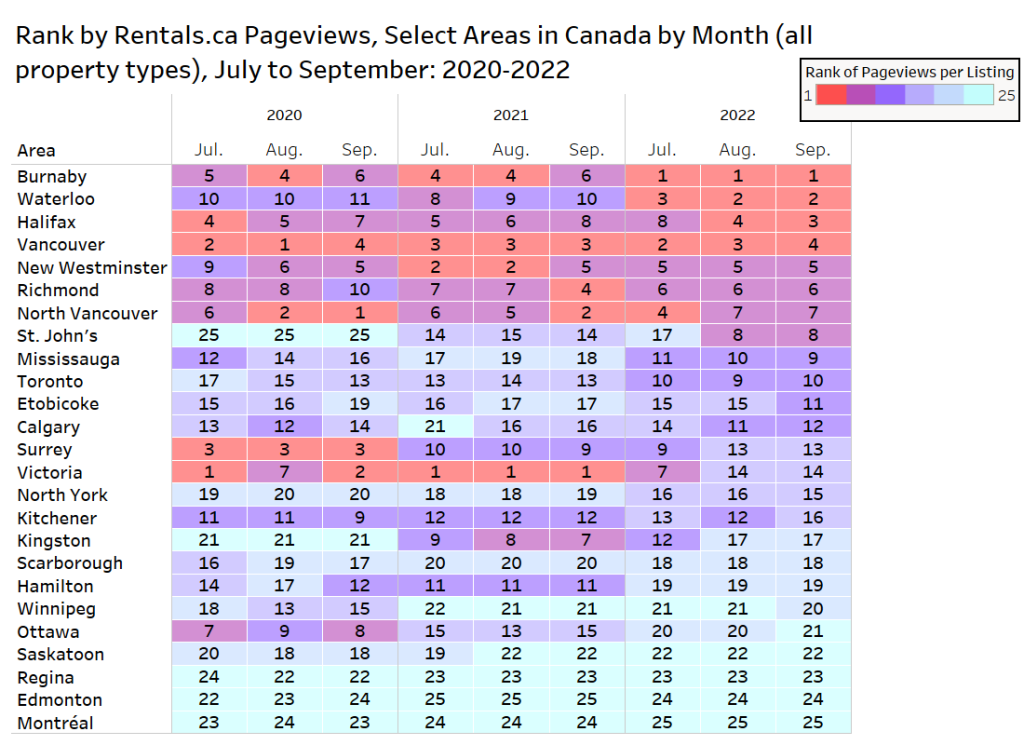 The four cities on the list of 26 with the lowest increases in average annual rent in September for condo rentals and apartments were: Gatineau, up 2.3 per cent; Fort McMurray, up 2.4 per cent; Winnipeg, up 3.5 per cent, and Montreal, up 3.7 per cent.