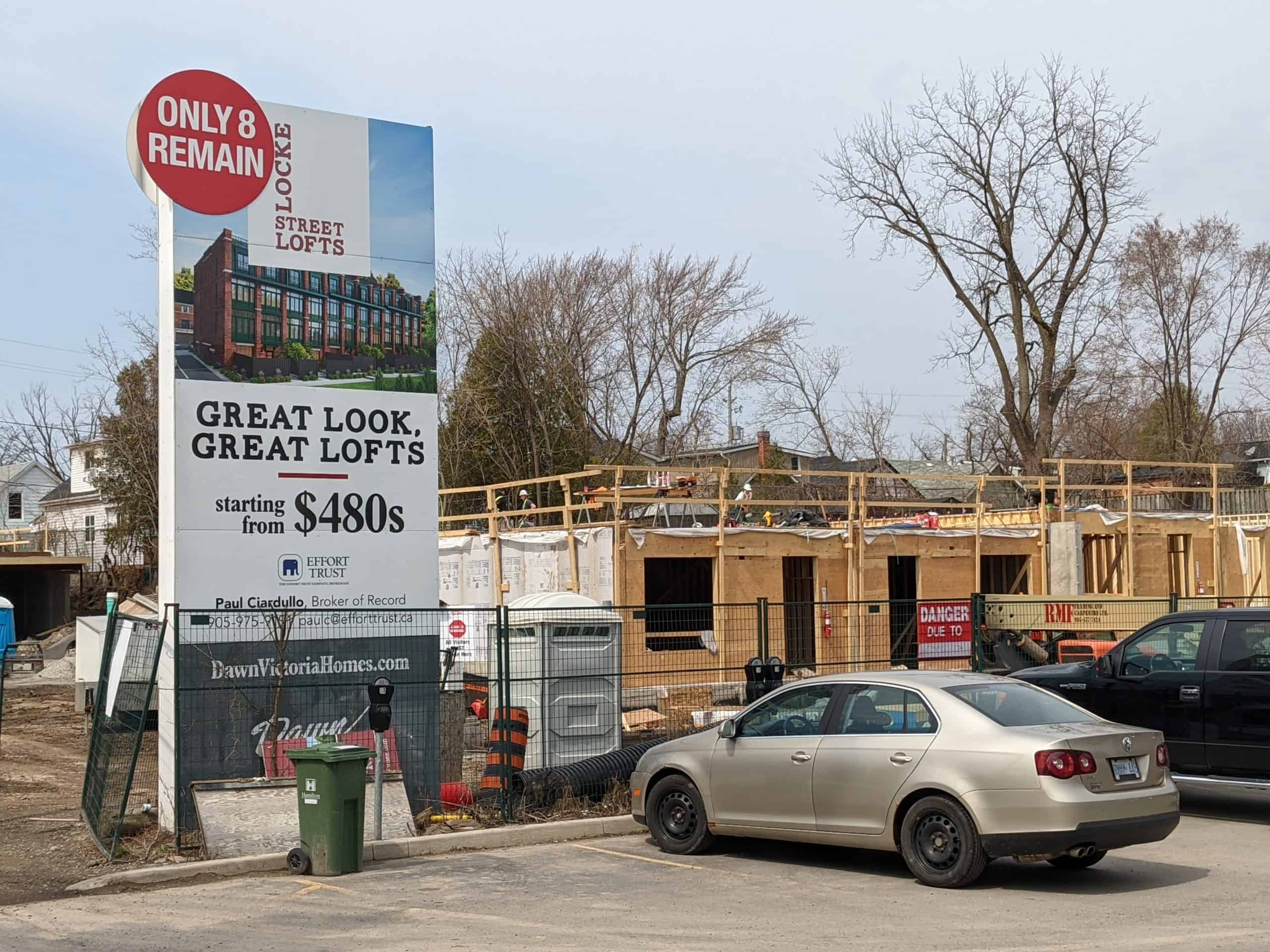 If you live in the Hamilton area, you’re well aware of how egregious the housing market has become.

If you haven’t experienced it first-hand, you probably know someone who’s competed with dozens of offers within hours of a home hitting the market, only to watch it sell for $200,000 above asking.

The average selling price of a home in Hamilton has shot up from $607,939 to $804,223 over the last 12 months, according to data released Tuesday (Apr. 6) by The REALTORS Association of Hamilton-Burlington (RAHB).

In March of 2021, the average number of days a home spent on the market was 12, according to the association.

It turns out, the vaccine rollout and a more relaxed attitude towards COVID-19 resulted in a lot of activity last month.

“With the spring housing market upon us and the vaccine rollout ramping up, it appears more homeowners are feeling comfortable listing their home and we have started to observe an upturn of active listings. We have to acknowledge that the impact of the COVID-19 pandemic distorts housing statistics when comparing March 2021 to March 2020.”

If you’re thinking of heading to the Niagara region to capitalize on some cheap real estate, you’ll want to reconsider. Niagara North has seen a jump from $607,939 to $804,233 since March 2020. “Compared to last month, detached homes saw the largest increase in inventory between the different property types at 36 per cent. In addition, we saw a large increase in the number of sales and new listings. Due to an increase in supply to offset existing demand, the average price saw a modest increase month-over-month of two per cent,” says Bacher.

The number of sales of apartment-style in the RAHB market area increased by 68 per cent in March 2021 compared to the same month in 2020. The average sale price increased by 16 per cent to $519,586.

The association says apartment-style properties continue to be experiencing a sellers’ market, with the sales to new listings ratio sitting around 75 per cent in March 2021.

“Apartment-style properties continue to fall within a buyer’s market and the average price is just over $500,000. Both these factors make condos very attractive to both buyers and investors in the Hamilton-Burlington area.”

The most expensive real estate in Hamilton is currently in the Flamborough area. The average cost of a home has gone up nearly a half-million dollars in just 12 months and sits at $1.34 million, according to RAHB.

The least expensive area to buy a home is central Hamilton, where you’ll be paying an average of $604,057. The average home price in the market climbed by 16.5 per cent year-over-year to hit almost $1.1 million, while home sales soared by 97 per cent to reach 15,652, the board said.