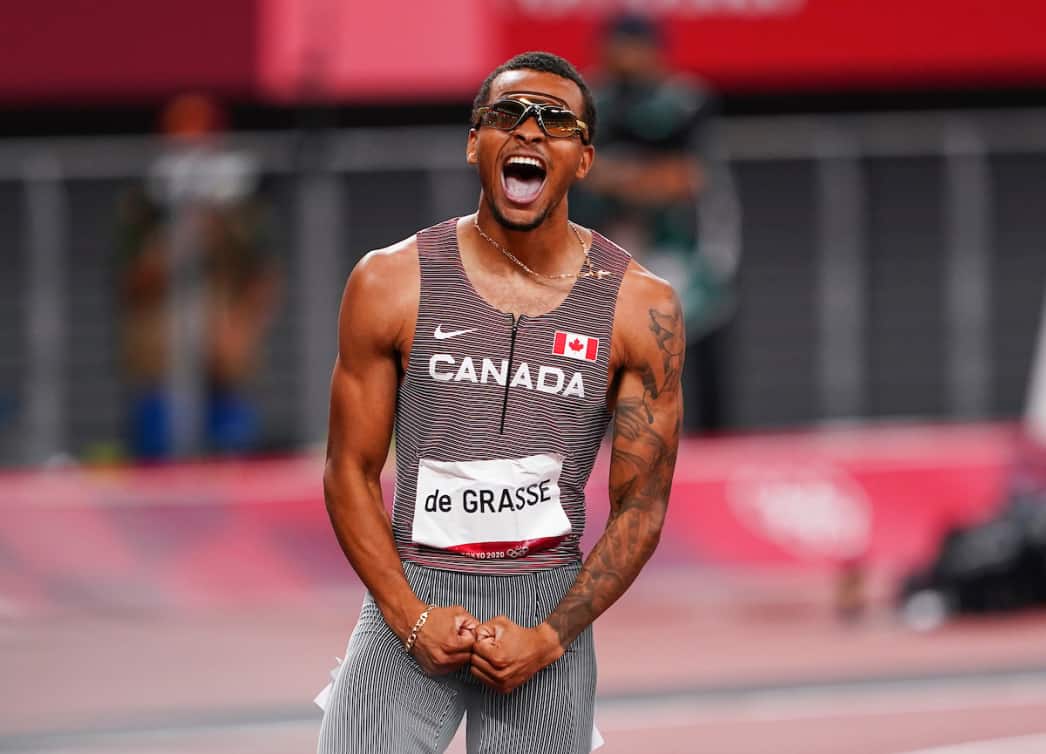 A relaxed Andre Grasse found that extra ‘Andre level’ in the final 50 metres to outrun a strong field in the 200-metre Olympic final to win the gold medal.

It’s his first gold among five Olympic medals now in his name and second in Tokyo after a bronze medal in the 100 metres.

De Grasse, who was the silver medalist in Rio in this event behind the legendary Usain Bolt, earned the gold here with his typical world-class finish when he ran down 2019 World Champion Noah Lyle – the leader as the field hit the straightaway – to cross the line in 19.62.

It was his second straight national record in the event after a 19.73 run the day before in the semi-finals.

Markham’s De Grasse, who got serious in sprinting when he joined Pickering’s Speed Academy track club after high school, will get a chance at a sixth medal in the 4 x 100-metre relay final later this week.