An Iconic Opera Drew an Enormous Crowd in Mississauga

We've said it before and we'll say it again, the City of Mississauga has its work cut out for it when it comes to attracting significant attention to its impressive arts scene. While there's no doubt that the city is home to incredible galleries, performances and artistic/cultural spaces (not to mention talented artists), it can be tough to keep people in town when they believe they have to travel east for buzzworthy musical productions.

But if there's one thing that the Mississauga Symphony Orchestra (MSO) recently proved, it's that people will happily stay in town when there's an iconic musical production to be seen.

La Boheme, which took over Hammerson Hall in the Living Arts Centre on Feb. 7 and 9, welcomed 1,500 people to the venue over the course of its two-night run.

This highly anticipated cultural event, which marked the debut of MSO's second fully-staged opera (the first was Carmen) was directed by David Ambrose. The production also featured the music direction of Maestro Denis Mastromonaco (who received terrific applause at the end of the night, and for good reason).

If you've heard the name but aren't quite sure what La Boheme is all about it, you're probably not alone.

In fact, an Irish director named Richard Broad—emphasizing the distance of the medium from the average person—so aptly said: "Operas are for cultured people with refined aesthetic taste. They are subsidised. Musicals are song and dance for the rest of us, and are not."

But while everyone has heard of the Phantom of the Opera (which, though supremely enjoyable, is not a real opera, don't kid yourself), not everyone is quite as familiar with the subject matter of Carmen or Don Giovanni or La Boheme.

But that doesn't mean that people's ears don't perk up when a classic opera does come to town.

La Boheme, which is actually the inspiration for modern day rock musical Rent, is best known as Giacomo Puccini’s passionate and timeless tale that explores the love and friendships between young artists in 19th century Paris.

Like many other tales set in France, it's brimming with romance and high drama. It's got everything: starving artists, hasty declarations of love (can you truly fall in love with someone who wanders into your home in less than an hour?), jealous lovers and tuberculosis.

The two meet when Mimi, frail but fearless, comes to Rodolfo's apartment and asks for a match to light her candle (that's not a metaphor, that's actually what happens and it's all very chaste). 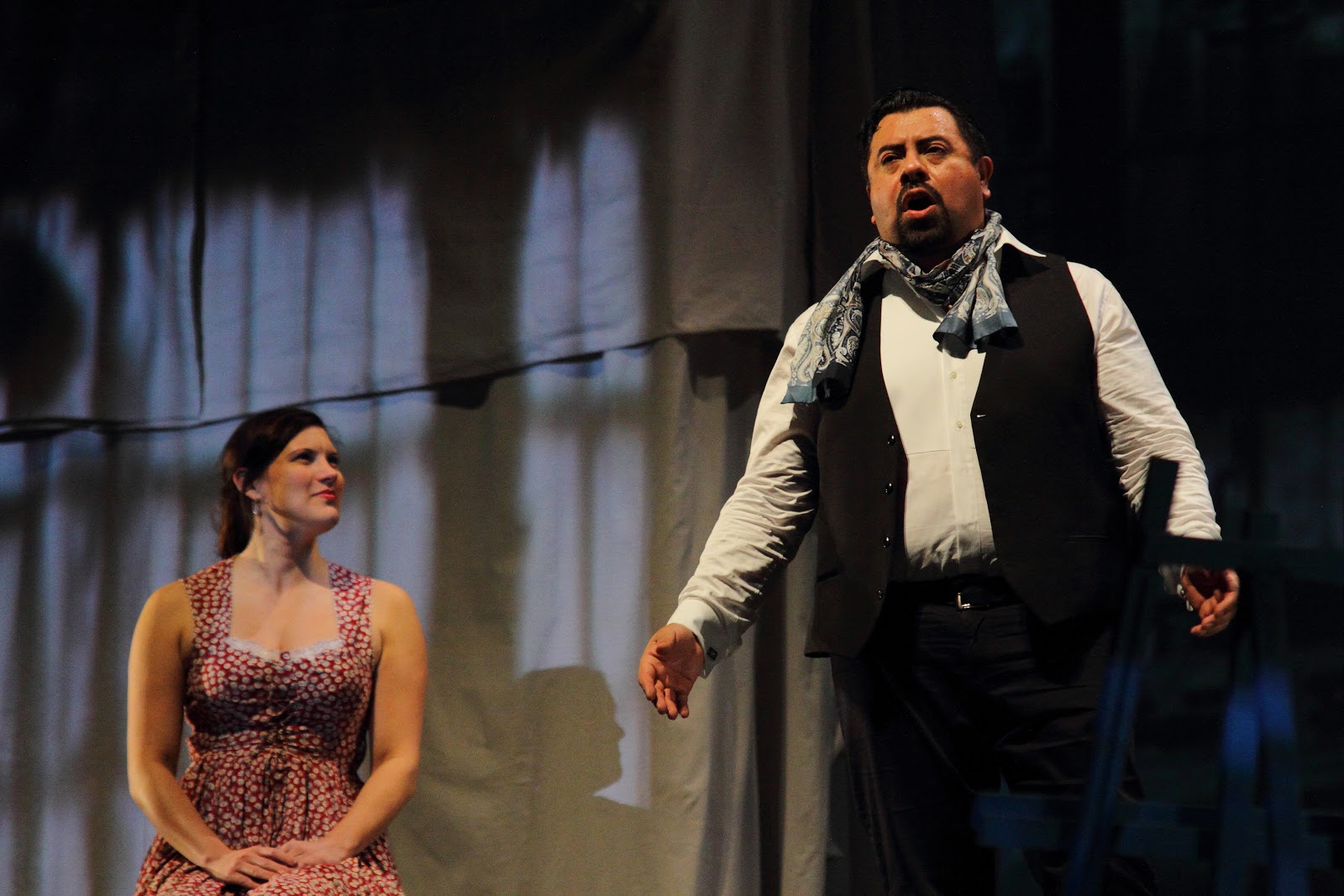 Their meeting occurs after Rodolfo and two other artists—painter Marcello and musician Schaunard—burn Rodolfo's manuscript to keep warm in their icy cold apartment. After bilking their landlord out of rent money by feigning outrage at his extramarital affairs, the trio make plans to dine at a Paris cafe. While Rodolfo initially stays behind—giving him a chance to meet Mimi—he and his new lover eventually join the artists at the cafe. 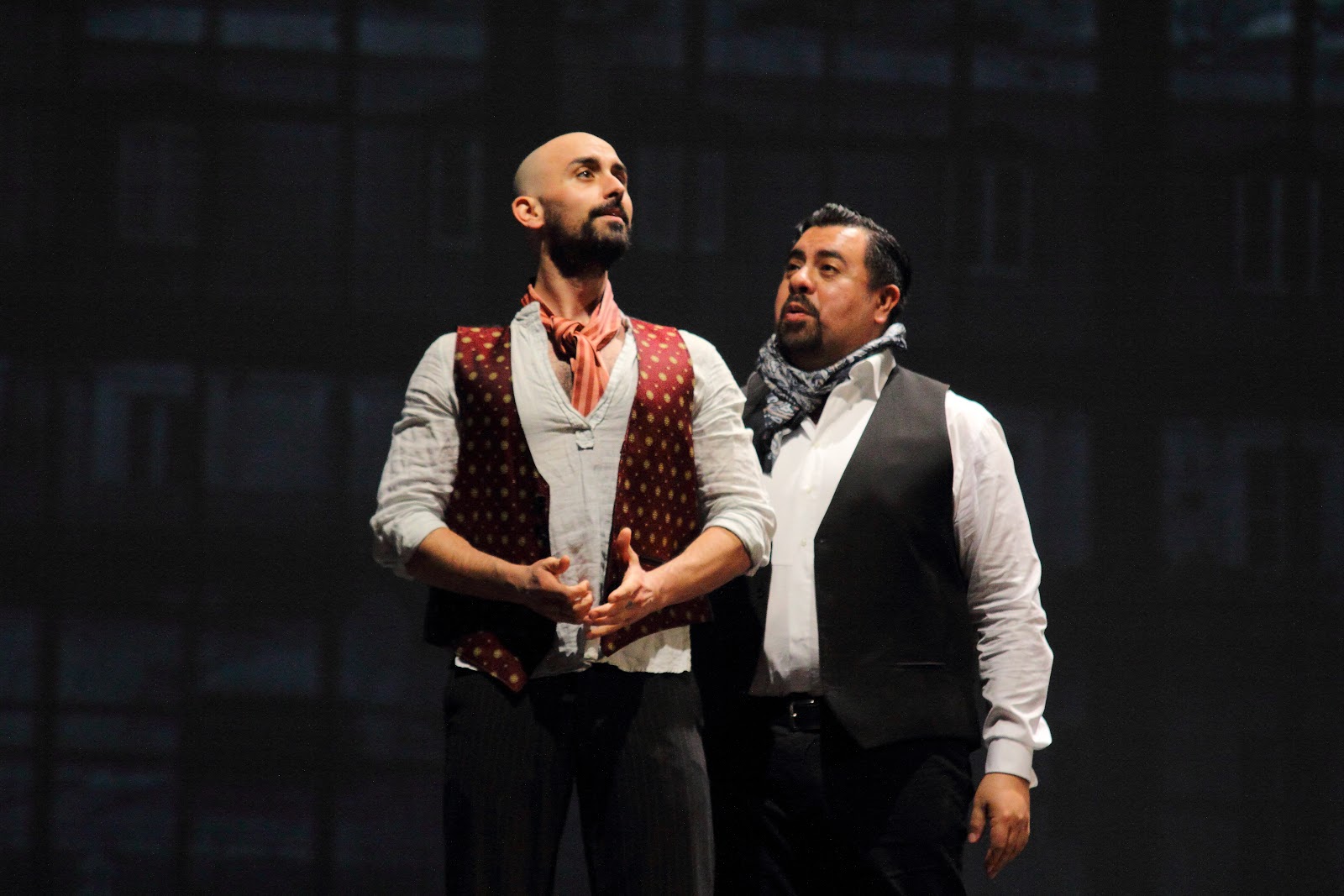 Once they arrive, Marcello rekindles a romance with an old flame, the wild and romantic Musetta (who manages to stick her geriatric date with everyone's bill after she reconciles with Marcello).

The second half of the production is a little more bleak and a lot more tragic (as any good musical French drama about poverty and illness should be). Rodolfo and Mimi are at odds, with him unable to process his fears about her ailing health (she appears to be suffering from worsening tuberculosis) and her unable to grapple with his moodiness.

Musetta and Marcello also experience hardship in their relationship, rendering their future together uncertain.

As the production progresses, audiences are left to wonder whether or not Mimi and Rodolfo's love can survive the harsh realities of life on the outskirts of society in 19th century France—and whether Mimi will survive at all.

While opera isn't for everyone, it's safe to say that it's something that everyone should try—especially when it visits a city that isn't known for hosting operatic productions regularly.

La Boheme offered residents something a little different. It'll be nice to see more productions, especially musical ones, make their way to the city.

Even if it's just for a night or two.