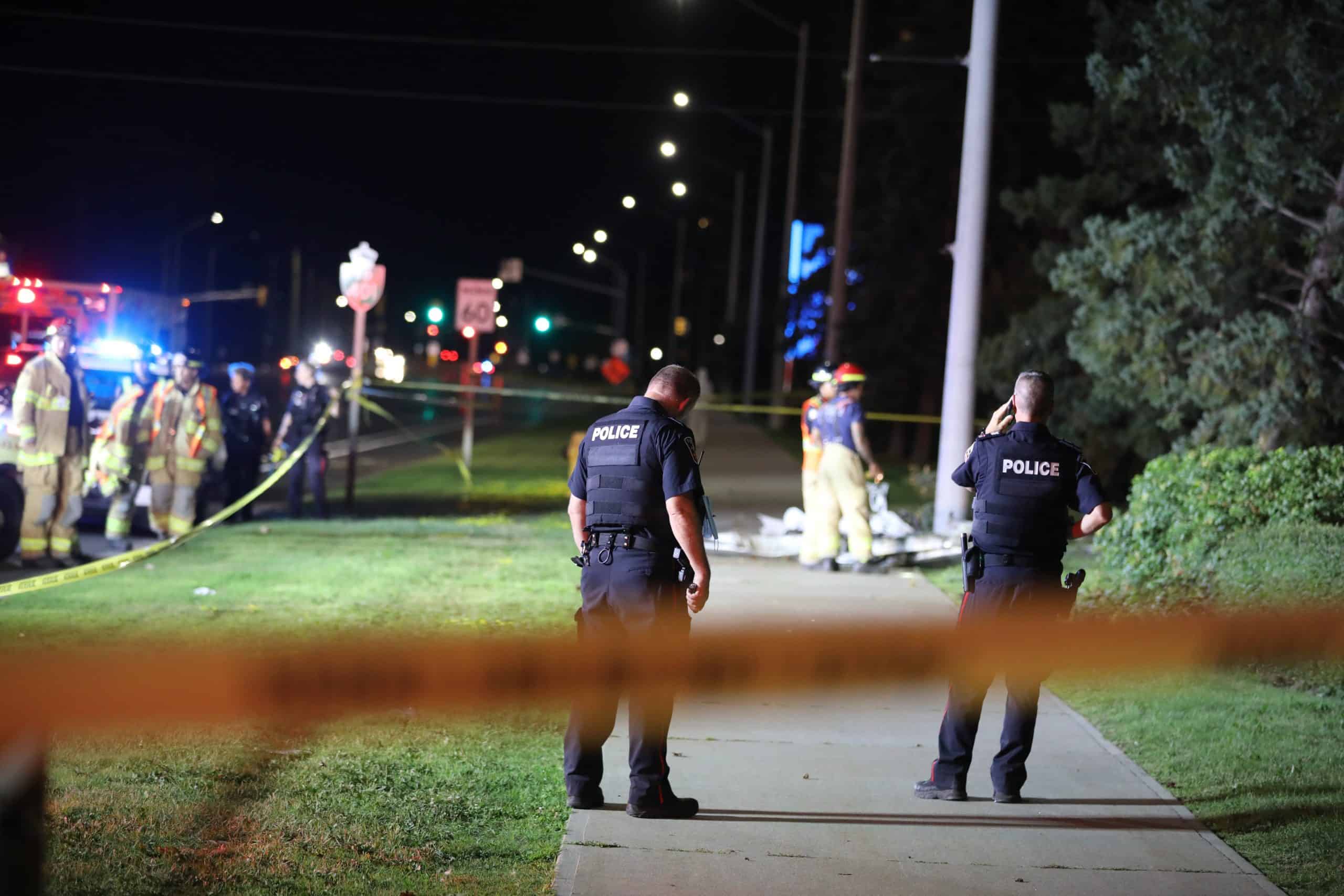 A 17 year-old Ajax man has been charged with numerous gun-related offences after a high-speed collision last night left another man dead.

Just after 11 p.m. Tuesday night p.m., members of West Division were called to Kingston Road, east of Liverpool Road for a two-vehicle collision. The vehicles, a silver BMW and a black Honda were travelling westbound on Kingston Road when they made contact.

The BMW, which police believe was travelling at a high rate of speed, lost control, left the roadway and struck several trees before coming to rest.

The 21 year-old driver of the BMW was pronounced dead at the scene.

A passenger fled from the BMW but was arrested by officers nearby. The passenger suffered minor injuries and was treated at a local hospital. The occupants of the Honda did not sustain any injuries.

Police located a loaded firearm at the scene and charged the Ajax teen with unauthorized possession of a prohibited firearm and five other firearm offences.

Members of the DRPS Collision Investigation Unit were on scene to conduct an investigation. Kingston Road was closed from Glenanna to Liverpool for several hours while evidence was collected.

Anyone with information about this incident is asked to contact D/Cst. Ryce of the Collision Investigation Unit at 1-888-579-1520 ext. 5255.