A hydrochloric acid spill at a car parts factory in St. Catharines has sent 23 employees to hospital.

The St. Catharines Fire Department and Niagara EMS were called to the THK Rhythm Automotive Plant 2 (230 Louth St.) just past 9 a.m. for what was originally believed to be a fire.

In the end, response units discovered five litres of hydrochloric acid had been spilled and vaporized at the workplace.

Three people were exposed directly to the vapour cloud, 10 had minor exposure and 10 were “minimally exposed.” All were sent to hospital as a precaution.

When the spill was first made public, Niagara Health tweeted that they were anticipating 23 employees coming to the St. Catharines General Hospital and asked the public to completely avoid it and head to different hospitals, including Niagara Falls Site Emergency Department, Welland Site Emergency Department, Fort Erie Urgent Care Centre and Port Colborne Urgent Care Centre.

Crews are still at the scene as Ministry of Environment and Ministry of Labour officials are now on site investigating the spill. 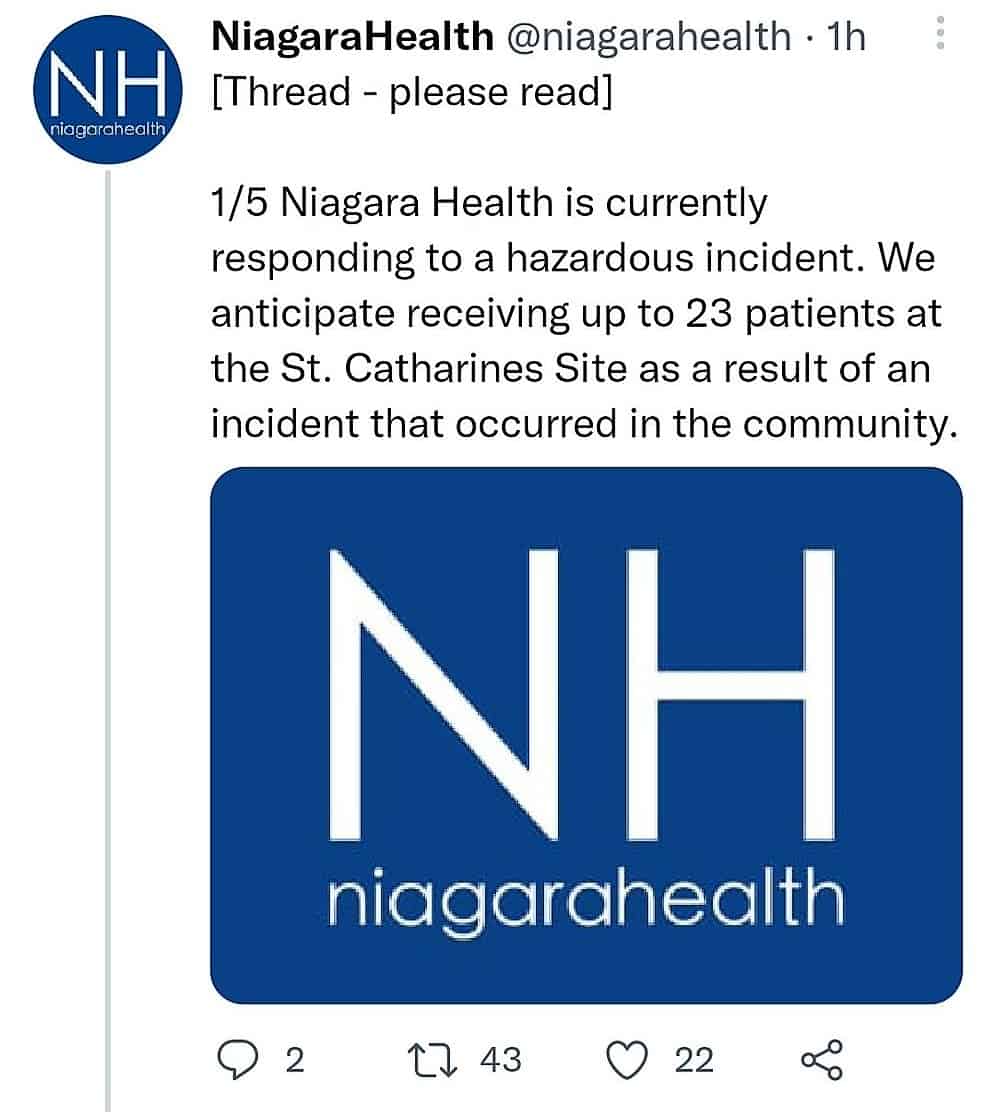