A new research hub is now open in Mississauga 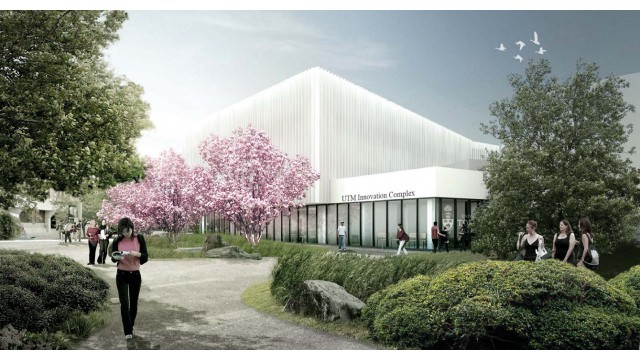 There is a new research hub at the University of Toronto (U of T) Mississauga campus that will bring leading public health experts together to help reduce chronic illnesses across the world.

Novo Nordisk, a global healthcare company with Canadian headquarters in Mississauga and U of T made the announcement last week, according to a release.

“We are thrilled that Novo Nordisk and U of T chose Mississauga as the home for their new research network that will support our goal of creating a healthier city and world,” said Mayor Bonnie Crombie.

“In Peel Region, one in 10 residents live with diabetes, which is 40 per cent higher than the rest of Ontario.”

As part of the City of Mississauga’s commitment to reduce Type 2 diabetes among residents, two webinars were hosted in 2020 and 2021 that engaged community stakeholders on how we can work together to put health at the centre of City policies to support a healthier society.

“This partnership complements the City of Mississauga’s Economic Development Strategy, which emphasizes the importance of creating initiatives that support a healthy lifestyle, as well as the Life Science Cluster Strategy, which cultivates innovation between stakeholders,” said Harold Dremin, Acting Director of Economic Development at the City of Mississauga.

“Mississauga is home to many newcomers to Canada and the country’s largest community-based hospital system, which is why we offer a unique opportunity for researchers to address the root cause of rising Type 2 diabetes in a highly-diverse setting.”

Novo Nordisk and U of T invested $20 million each to establish the Novo Nordisk Network for Healthy Populations, a network of experts that will draw on U of T’s leading public health research.

The network plans to explore critical concerns related to chronic disease, research new technologies including virtual care and remote training and support and develop interventions to prevent an unsustainable rise of chronic illnesses.

“One hundred years after the discovery of insulin, we’re proud to once again partner with U of T with the ambition of helping society to address the root causes of Type 2 diabetes and obesity.”

This network will be a partnership between the Dalla Lana School of Public Health, the Temerty Faculty of Medicine and the U of T Mississauga.

“The historic investment will build capacity for research and education at U of T,” said U of T President Meric Gertler.

“Ultimately it heralds a new era of hope for people facing diabetes and other chronic diseases here in Canada, and around the world.”