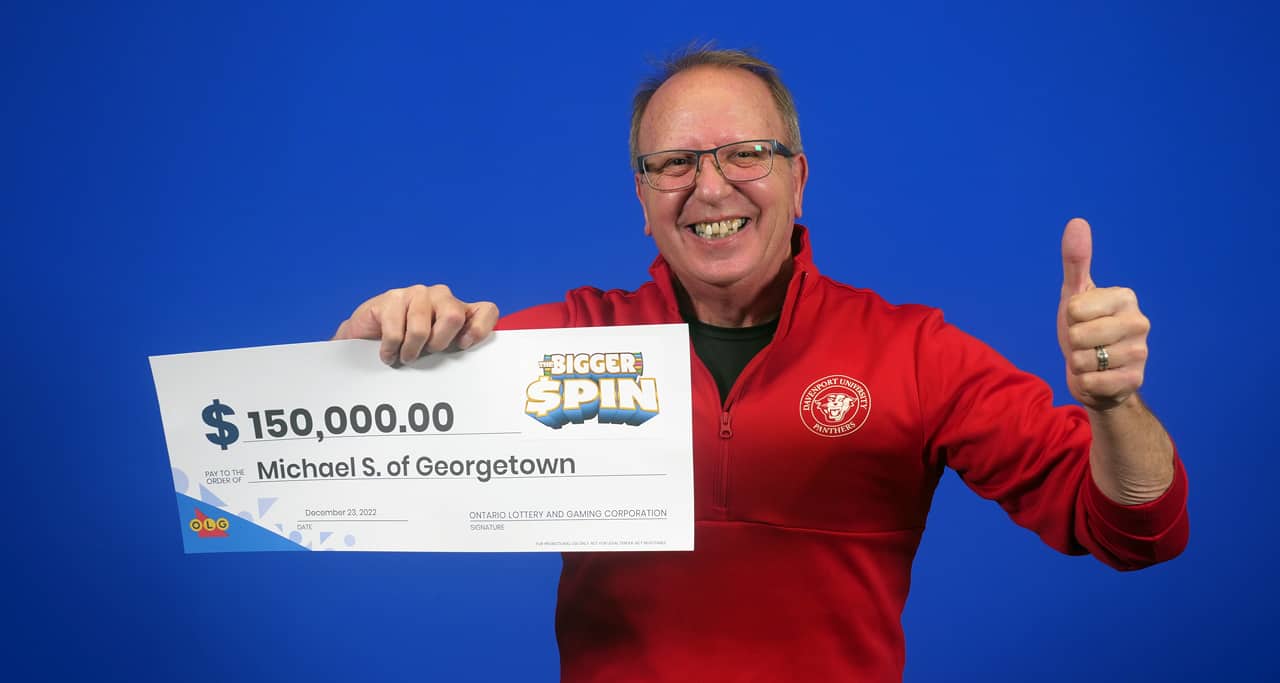 A resident of Georgetown is now $150,000 richer thanks to the Bigger Spin Instant lotto game.

Michael Salvin said he is a regular player of the game and had a “lucky feeling” when he went into the store this time.

“When I discovered the win, my jaw dropped,” he said. “I couldn’t believe what happened.”

It costs $10 to play the Bigger Sping Instant game that combines scratch play with prizes revealed in-store by an animated spinning wheel on the lottery terminal screen and potentially, an in-person spin on THe Bigger Spin Wheel at the OLG Prize Centre in Toronto.

The Bigger Sping Instant game has three ways to win:

WATCH – If the prize won is Spin, visit any OLG retail location to validate the ticket and watch the animated wheel spin on the lottery terminal screen. Every “Spin” is a guaranteed win! Spin prizes range from $10 to $150,000 or a Bigger Spin.

SPIN – If the animated wheel stops on “Bigger Spin,” the prize won is an actual spin on THe Bigger Sping Wheel at the OLG Prize Centre for a guaranteed prize of $500,000 to $1 million.

Salvin told his wife about the big win while she was at the hairdresser. “She couldn’t wait to come home. She was extremely excited.”

He said he has a few projects planned for his winnings. “This is life-changing,” he concluded.

The winning ticket was purchased at Petro Canada on Mountainview Rd. in Georgetown.