A huge meteor flew over the skies of Mississauga, Brampton, Milton and Hamilton 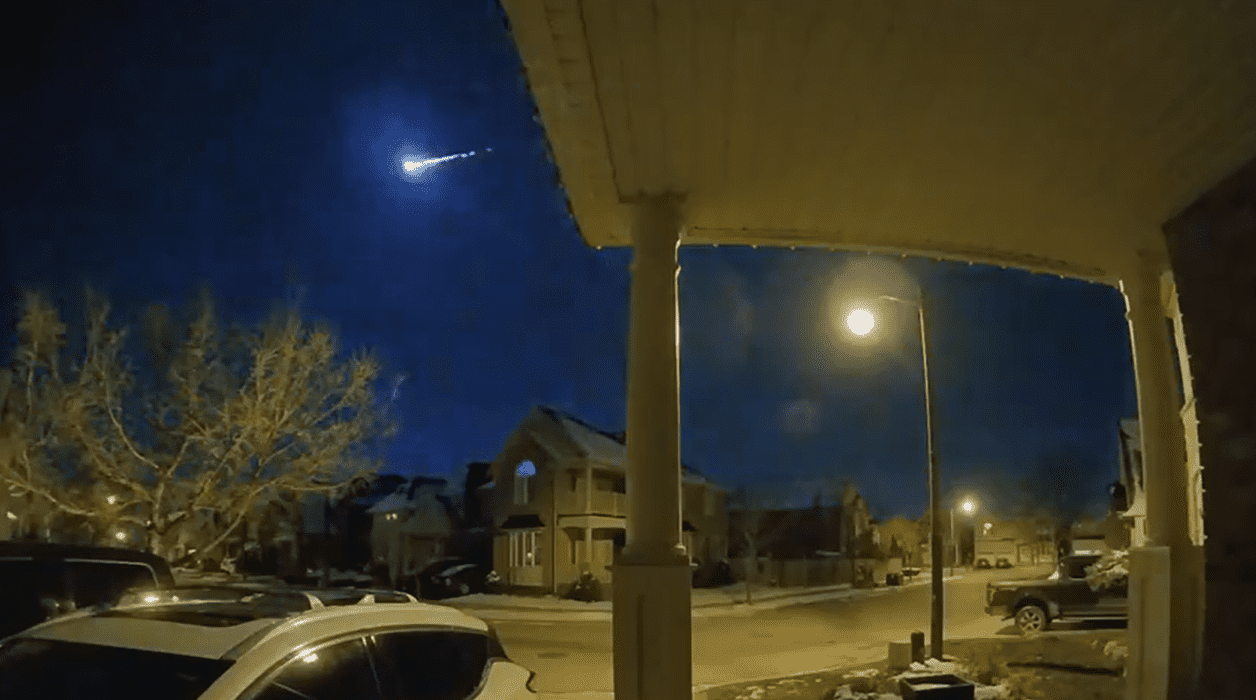 Some lucky residents and sky watchers got a rare view of a huge meteor passing through the sky overnight on Nov. 19.

About a metre in size, the meteor (referred to as “C8FF042” by astronomers) was spotted above Canada just a few hours before landing somewhere in the Brantford, Ontario area, southwest of Hamilton, according to EarthSky.

“Another imminent impactor has been spotted,” said physicist Richard Moissl at 2:29 a.m. “Likely less than 1 metre in diameter, this will become a pretty and harmless fireball to observe.”

The size of the meteor and trajectory through the sky made it easily visible to the naked eye, prompting many residents to post photos and videos of the space object that briefly lit up the night.

Another #imminent_impactor has been spotted 🤩
Likely less than 1 metre in diameter, this will become a pretty and harmless fireball to observe. #C8FF042
Predicted time of atmospheric entry is 8:26 UTC, over the great lakes. pic.twitter.com/51F2YmtwBu

We captured it in Milton pic.twitter.com/VoufftODDA

Well, here's a BEAUTIFUL view of the bolide from the camera that looks up at the Tower… pic.twitter.com/cxl1lrVeM8

The meteor hit the ground at around 3:30 a.m., with some residents reporting hearing and feeling a loud bang strong enough to shake their house.

#Meteor explosion in #Oakville? We heard a loud bang a little before 3:30am, as if dynamite had exploded nearby, and the house shook for about 5 seconds.

According to EarthSky, this isn’t the first time astronomers have discovered a rock from space just hours before it hit Earth, but this time it impacted a very populated area.

Initially being tracked on NASA’s Center for Near Earth Object Studies Hazard Assessment page, C8FF042 has since been removed from the page now that it has struck Earth and is no longer considered a threat.