A Brand New School Could Be Coming to Mississauga

Have you been hoping for a new school in Mississauga?

Mississauga may potentially have a new private school opening at 2270 Speakman Drive, on the southwest corner of Hadwen Road and Speakman, where a current building is already in place.

The current owners of the property, the Muslim Association of Ontario, submitted a proposal to the Planning and Development Committee (PDC) on April 30 for review and information. The proposal asks for an exception to the current zoning to allow a private high school and post-secondary school on the site. The council and members of the community provided feedback to the owners at the meeting.

The project will go through further review in upcoming months. 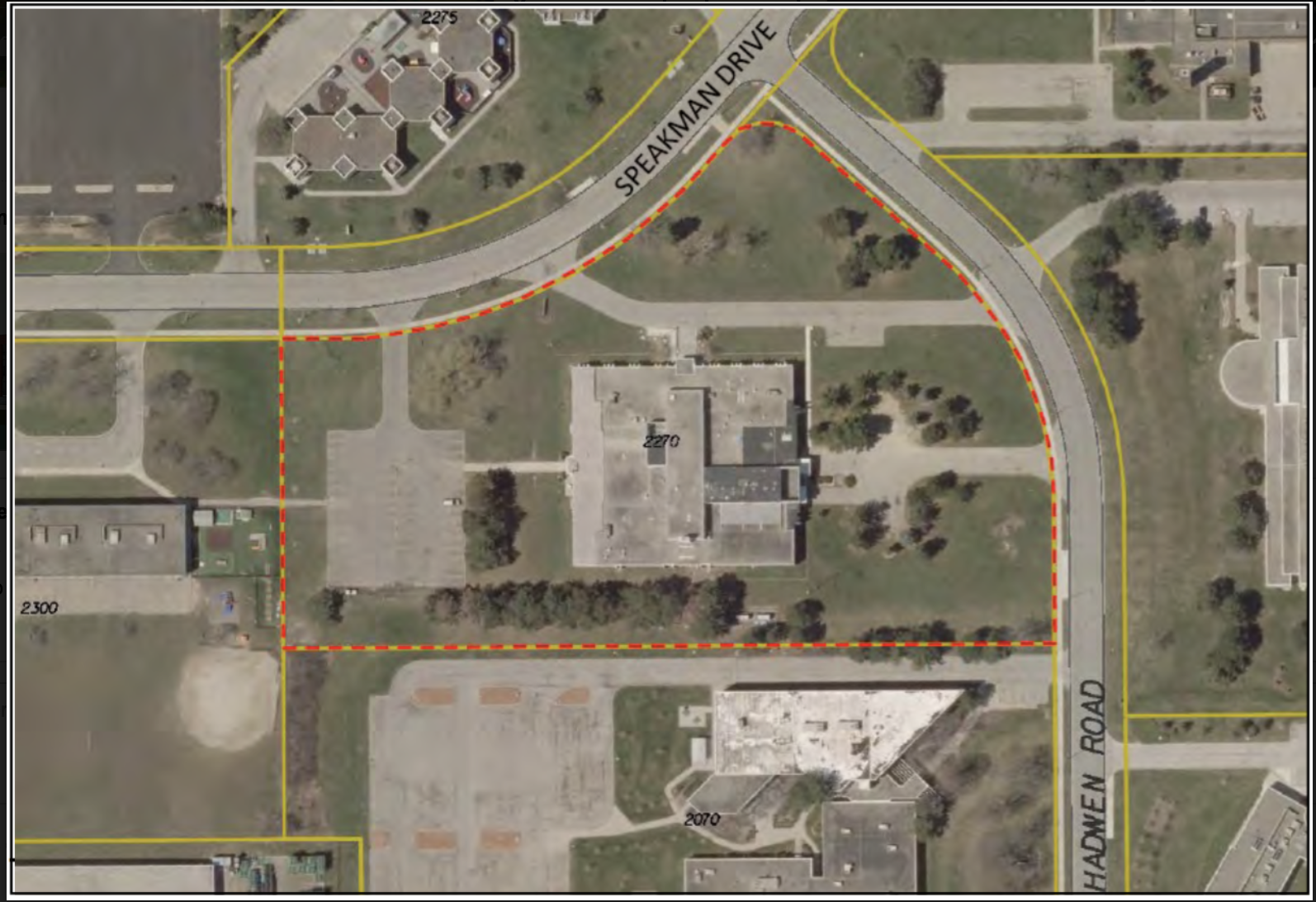 The current building is located in what’s known as the Sheridan Park Corporate Centre Character Area and the lands are designated for businesses. This means that the city permits the construction of scientific and engineering research and development facilities, as well as pilot plants and prototype production facilities, educational and training facilities and post-secondary educational facilities.

But while a post-secondary school is permitted, a private school is not allowed in accordance with the currrent zoning. The Muslim Association of Canada is looking to get the high school approved by asking for a shift in zoning bylaws, which would allow it to run similarly to the Olive Grove school that is located to the west of the proposed site.

There is already a facility on site, so project proponents have proposed having the private secondary school occupy the first floor of the existing building. The post-secondary educational facility will occupy the second story. The second storey is also expected to be expanded. 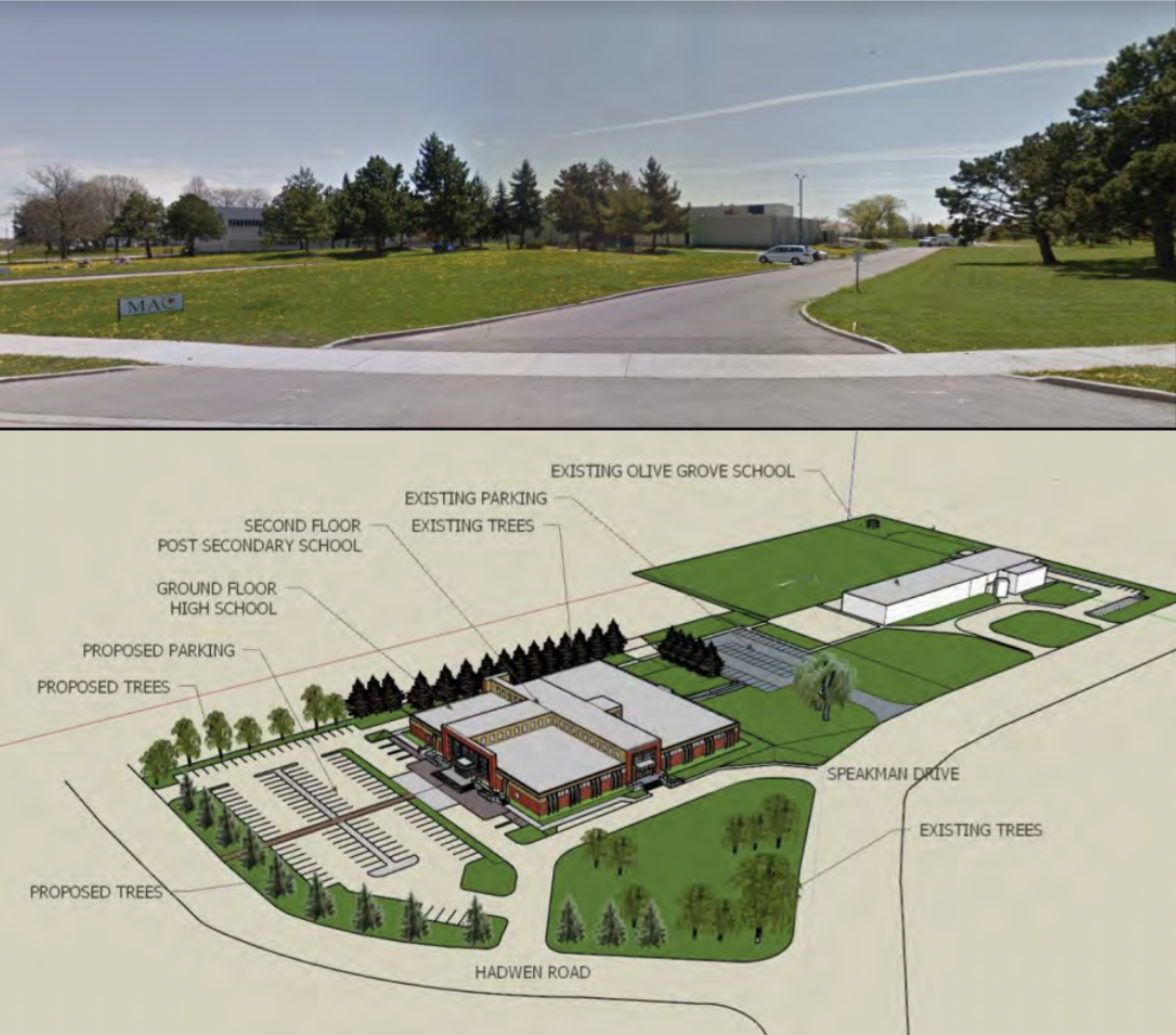 One of the concerns that a local resident brought up at the meeting is whether there will be any activities or sports offered to students attending the school. There is a local park in the area, however, nothing was mentioned about an outdoor recreational space such as a field or school parquet.

The planner representing the owners at the committee meeting replied, saying that there are no proposed outdoor facilities that will be available, such as a field for sports teams. However, the proposed school is planning on working with the Olive Grove school for outdoor activities.

An indoor gym has been proposed.

The Muslim Association of Canada wants to have educational programming that focuses on STEM (science, technology, engineering, mathematics) fields.

With the amount of people coming through the area on the roads at peak traffic times, there were some concerns from the community on how traffic will affect commute time.

The owners of the property had to submit a transportation impact study that looks at the potential effects on traffic on regional and local roadways. From this report, the city staff found that the roads in the surrounding areas could support the traffic flow that would come with the development. There were some concerns that Sheridan Park is home to other development projects and that the construction timing could be a concern with increase in traffic flow.
The president of Bayshore HealthCare, located directly across the proposed school, on the east side expressed his concerns as well about traffic.

“I am extremely concerned about traffic impact, and I think it has been underestimated. First of all, current status…the core problem now is on Speakman Road in the afternoon when kids are being picked up because parents just park on the road…I do not think there has been enough work with respect to traffic impact… there is a whole mix [of zoning] and the area is becoming far more concentrated…there is a need for the a better impact study.”

The owners of the property are willing to work with local businesses and business partners to make the school successful for everyone in the surrounding community.

There will be more updates to follow as this project unfolds.

In The Air - Suspension Yoga in Mississauga
Yoga Seven
END_OF_DOCUMENT_TOKEN_TO_BE_REPLACED

A popular fusion restaurant recently opened up in Mississauga
While COVID-19 has been tough for most businesses, it’s nice to still see some new and unique restaurants popping up in the city.
END_OF_DOCUMENT_TOKEN_TO_BE_REPLACED