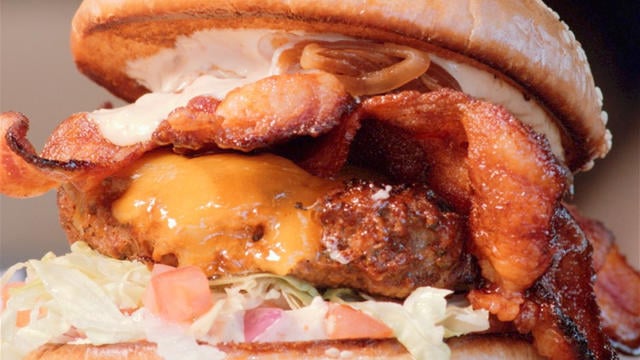 Mississauga’s food scene is incredibly vibrant and diverse–no one who lives here could ever go hungry for lack of variety. Boasting almost every single cuisine out there, the city offers a tasty array of choices and features a slew of North American, Indian, Chinese, Korean, Caribbean, Mediterranean, Italian and South American restaurants that provide diners with almost every type of cuisine there is.

That said, some dishes are just so unique they deserve an extra shout out.

We ordered a popular dinner entree called Kadoo Palow which includes tender chunks of lamb over Afghan brown rice served with a side of pumpkin. This is an underwhelming description of this dish and let me tell you, it was delicious. The tender lamb and pumpkin pieces were covered in an appetizing tomato based sauce and topped with fresh yogurt with a pile of brown Afghan rice to soak in all that sauce. My consumption of pumpkins has traditionally been in the form of a pie and this was my first taste of it in a savory dish. The pumpkin added a nice sweetness to the dish and paired really well with a heavier meat such as lamb. It’s definitely a dish I will order again and try to recreate at home. The Wilcox Gastropub is located on the corner of Hurontario and Eglinton and is situated in the Wilcox House – one of Mississauga’s oldest Heritage Homes which features Greek and Gothic detailing and was built by Amos and Charles Wilcox in 1850. It boasts an interior that respects the traditional space with new and modern accents that bring the resto to a new level. Executive chef Humberto Sanchez is the creative talent behind the menu who happened to also be a contestant on Chopped Canada. The menu features everything from pork sliders to traditional, lobster and pull pork poutine served in skillets. Guru Lukshmi, the restaurant that the Toronto Star called “the GTA’s most passionate dosa makers” was recently renovated and the new look doesn’t disappoint. The spacious dosa paradise (for those who don’t know, dosas are South Indian crepe-like wraps served plain or with various fillings) now boasts elegant chandeliers and a modern, contemporary black and white palate. The massive and flavourful dosa, stuffed with potato and onion, is not to be missed. This exceedingly creative gem sits on the Mississauga and Brampton border and offers an incredible array of North American and Indian fusion dishes. It’s truly one of a kind, and offers such creative concoctions as jerk chicken samosas, apple pie samosas, butter chicken mac n’ cheese, butter chicken loaded fries and, most importantly, the Punjabi cheeseburger with tandoori bacon. Founded by Rick Matharu, a Recipe to Riches winner who took the top spot for his butter chicken lasagna, the restaurant does something decidedly unique and pays homage to two distinct food cultures. This is not a burger you want to miss.