5 Strange Names Once Proposed for Mississauga

When you really think about it, the name 'Mississauga' sounds pretty cool—especially when considering the fact that much worse names were proposed for the city.

Since the community could not continue calling itself 'Toronto Township' forever, the topic of a new name became a rather contentious debate, as insauga.com previously documented during a presentation about Mississauga history. Citizens eventually voted in a plebiscite to determine the new name and had three options to choose from: Sheridan, Malton, and Mississauga.

The final result was Mississauga, which won with 53 percent of the vote. Sheridan obtained 46 per cent, and Malton got one per cent. There's nothing wrong with the names Sheridan and Malton, but I don't think 'insheridan' or 'inmalton' would have been as catchy as 'insauga."

But did you know about the mountain of suggestions that came in when the call was put out to name the new town? Historical archives maintained by the Peel Art Gallery Museum & Archives (PAMA) include letters dating between January to February 1965 in response to the call for suggestions for a new name for the future 'Mississauga.'

Suffice it to say, people's imaginations were either running wild or not running at all depending on your point of view.

Here are five of the strangest names ever suggested for renaming what is now Mississauga: 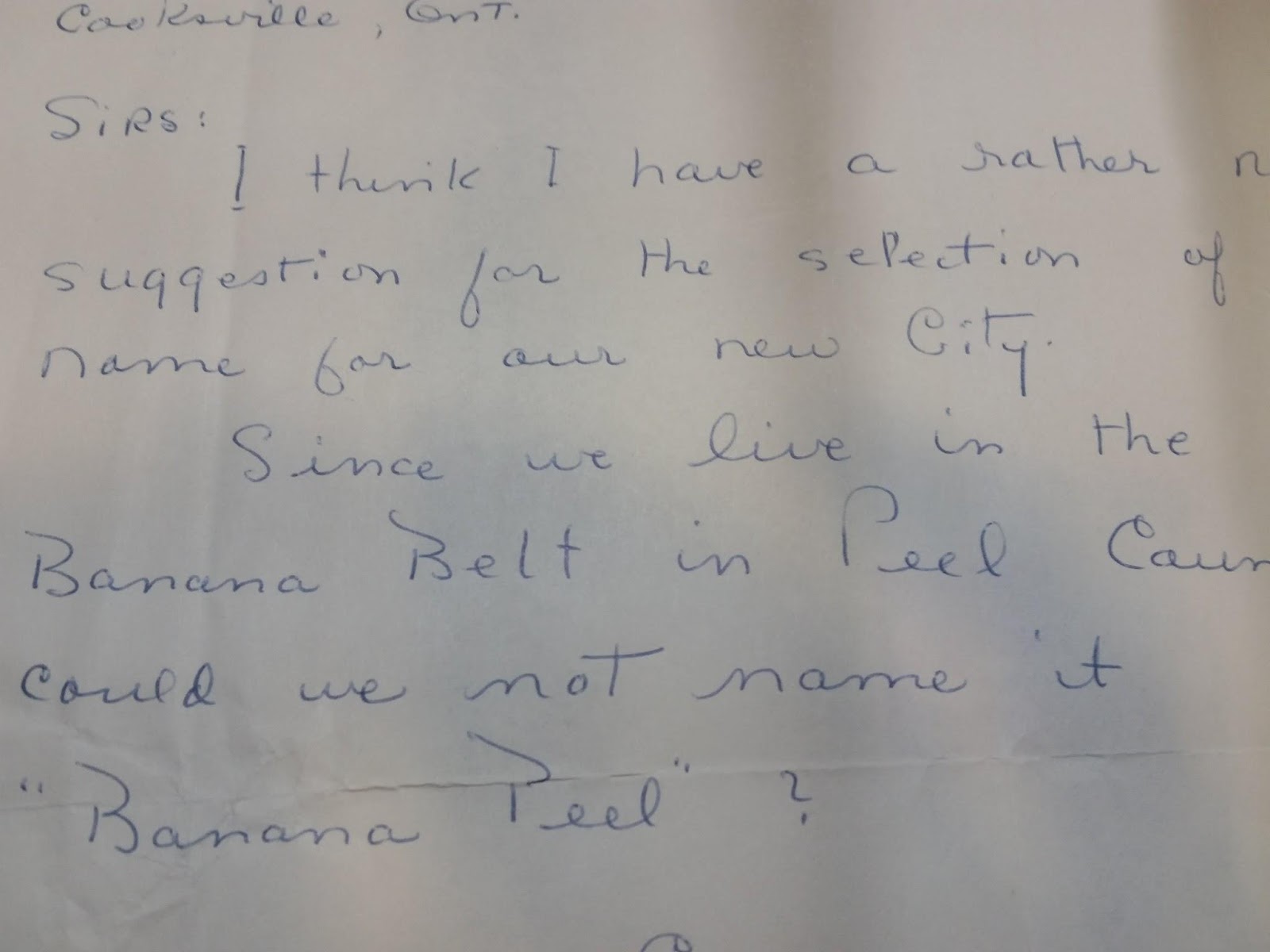 Since Mississauga is in Peel Region, or Peel County as it was then known, fruit was on this guy's mind. The Banana Belt is also a joking reference to the hospitable climate of Southwestern Ontario. 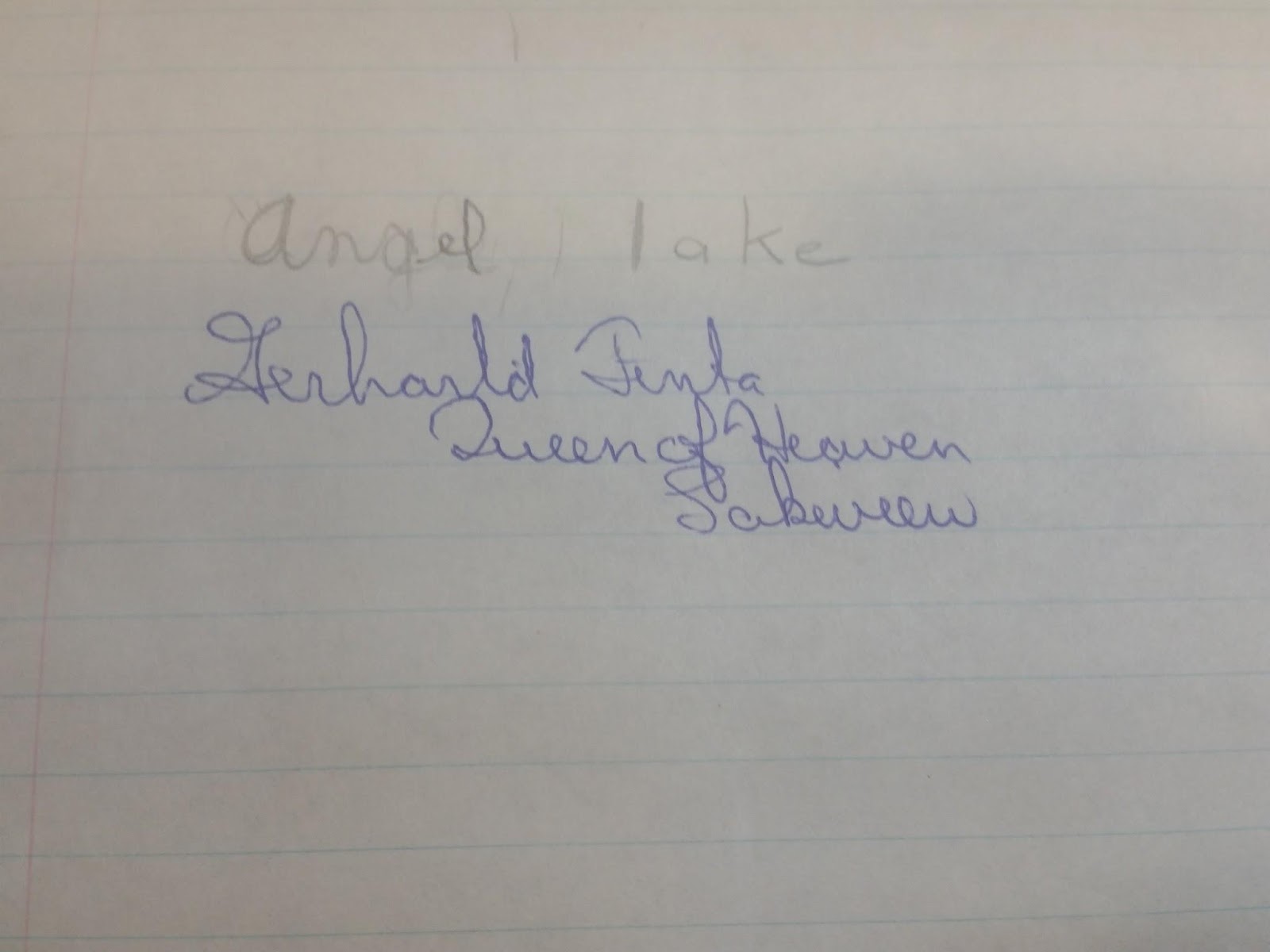 There were a number of suggestions alluding to water, such as Port Credit, Lakeview (whose names adorn long standing communities today), but this one was rather unique in that connection to the water.

But 'Queen of Heaven' seems more suited for an actual person, rather than a place. 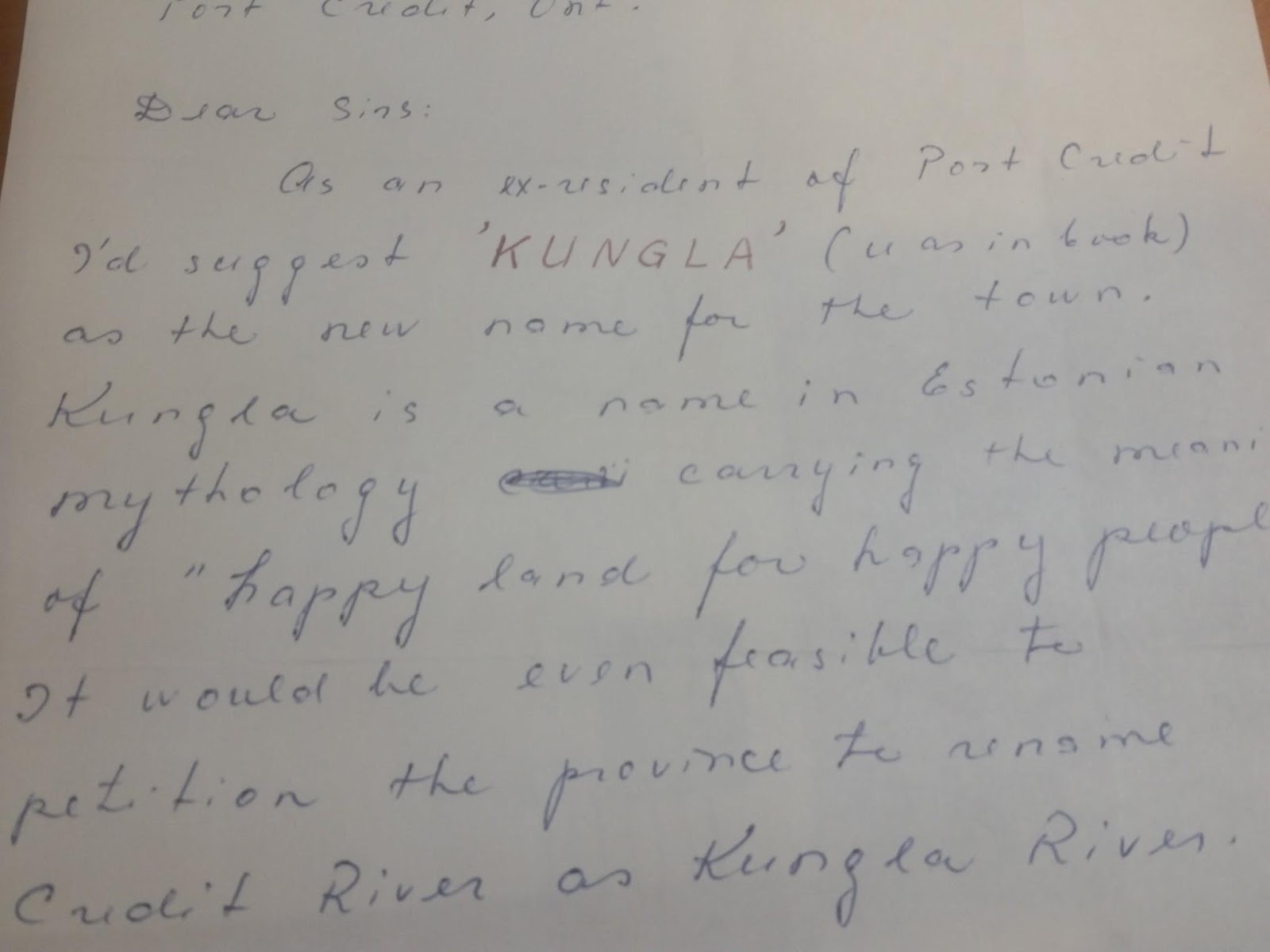 Some Rather Cynical Choices 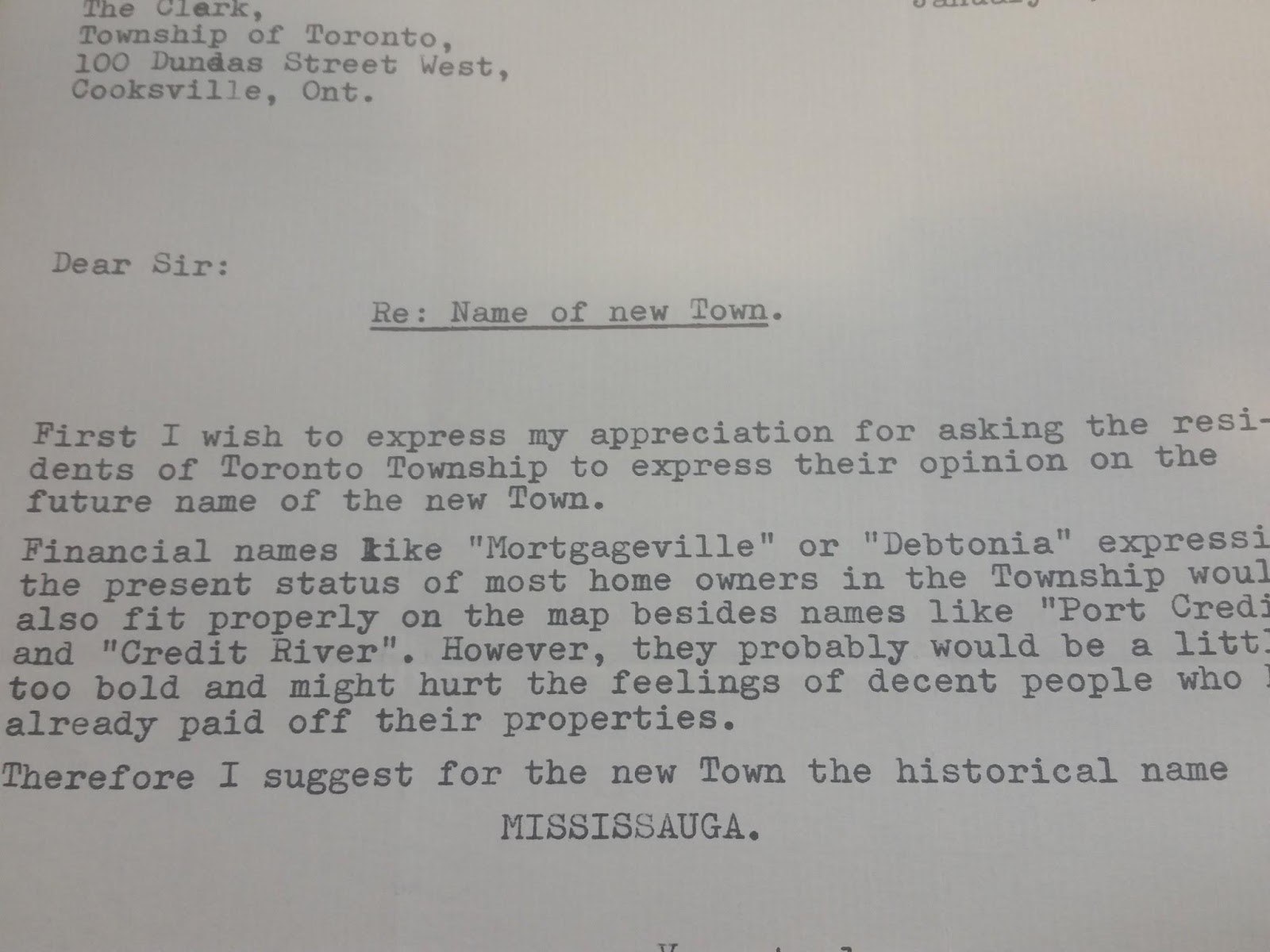 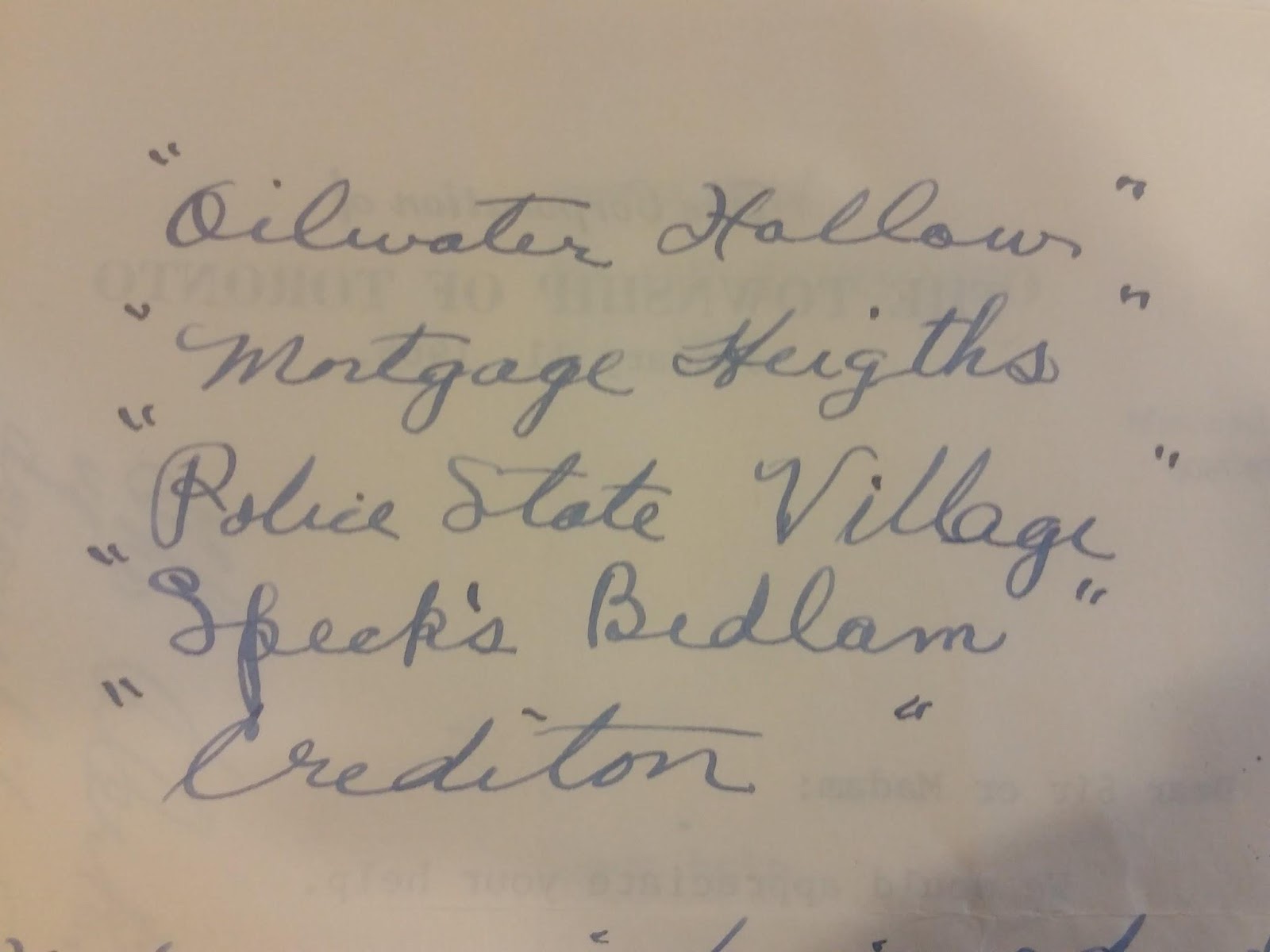 Even 50 years ago, the residents in the area had financial problems associated with homeownership and paying for town services to what was then still a rural community (but developing urban/suburban area).

Not sure the reasons behind choosing "Police State Village," but "Speck's Bedlam" refers to the reeve of Toronto Township at the time, Robert Speck, and bedlam means 'a scene of uproar and confusion.' It may have been 1965, but people had gripes back then with politicians the way we do today!

Interesting side note is another suggested name for the town was 'Speck,’ after the former reeve. The resident said in his response: "I think it would be better than FIX"; Mary Fix was the preceding reeve of the township. Looks like someone was politically biased!

Need More Than One Name Around... 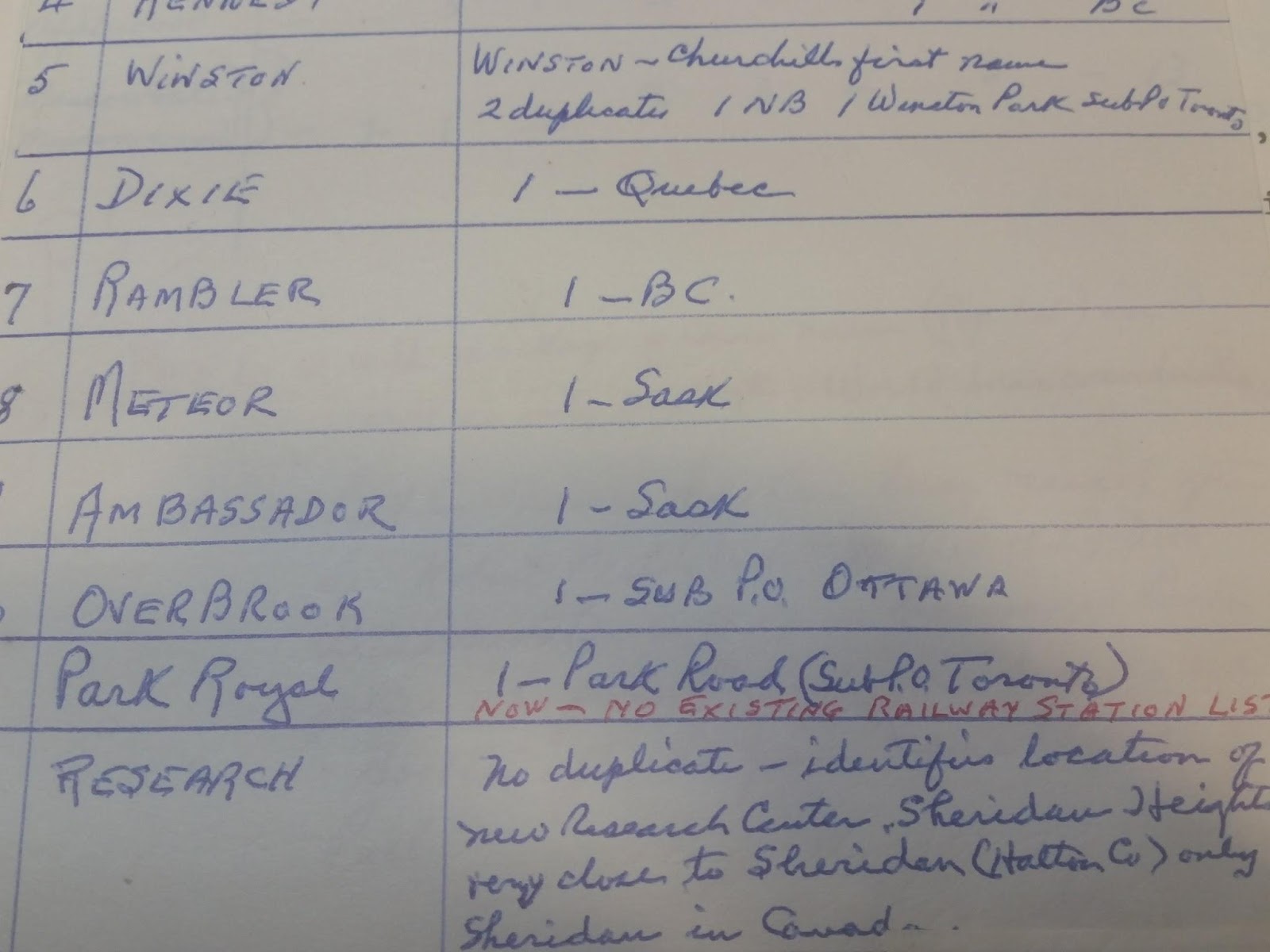 Some people submitted very detailed lists of suggested names, occasionally broken down by alphabetical order, and while most of them were quite standard, some were just downright confusing. This one suggested that because there was a community located in some other province in Canada, the new town name should be "Rambler," "Meteor," "Ambassador" or "Overbrook".

But while most people did suggest "Sheridan" as a possible name, this guy took it one step further with "Research" because of the Research Centre in the neighbourhood of Sheridan Heights at the time.

There were numerous other suggestions that are worth mentioning (some made sense, while others perhaps not as much): This resident's logic is, because Mississauga is situated on a "node" between Lake Ontario and Lake Erie, the name therefore should reflect that geographic distinction: Nodolton, Nodeborough, Nodolburgh, Nodolborough.... 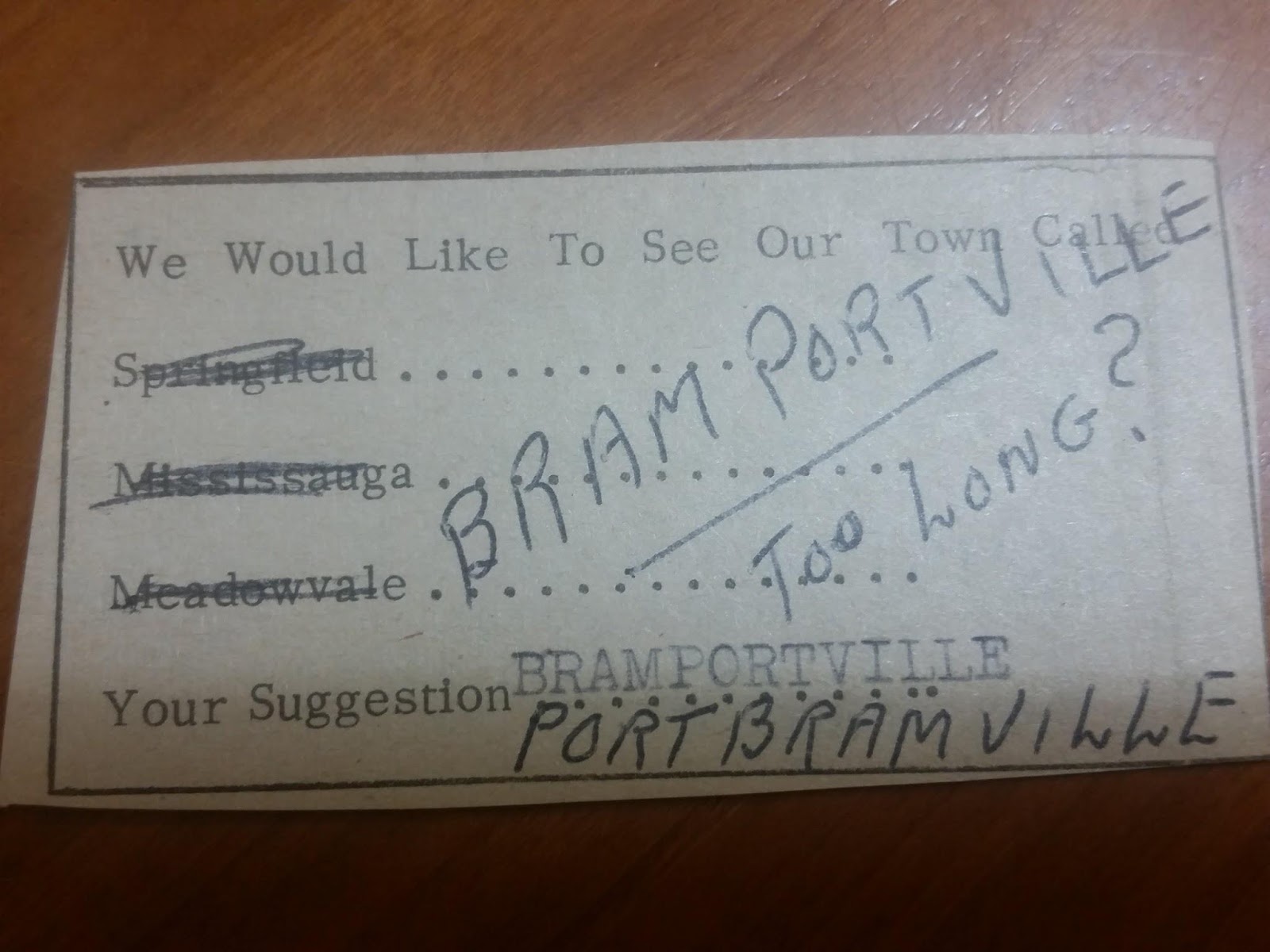 Here, I guess this guy thought of combining the future Brampton and Port Credit (which was its own municipality at the time) into one. Perhaps this was a foreshadowing for those advocates for a 'City of Peel'? 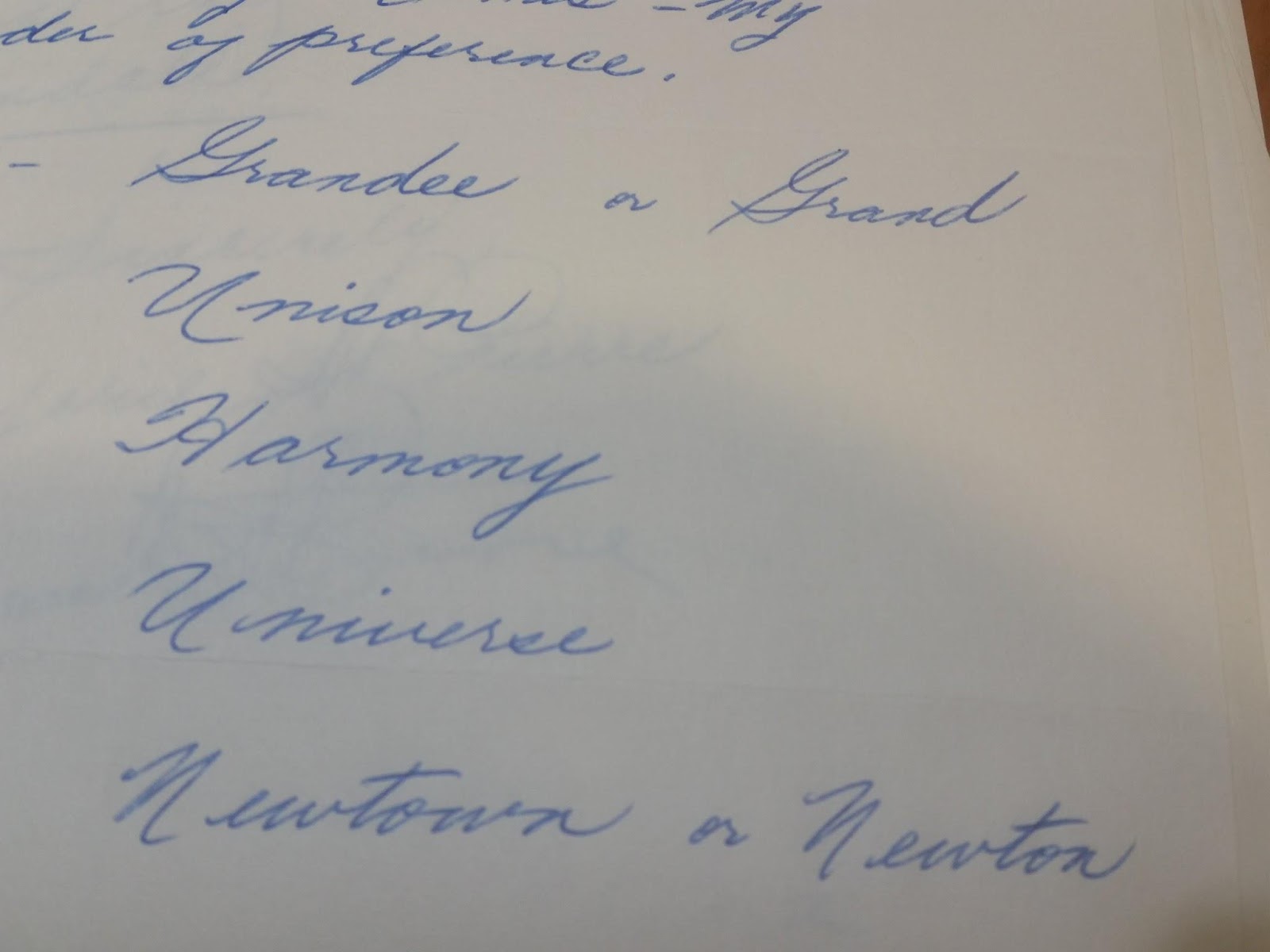 Looks like this guy took enough time off from chilling at his hippie commune to pen a letter regarding his ideas for a new town name...

Many other suggestions include names for places around the community more locally known, or even some outside the new town's borders, such as:

You also had some other ones that were a little more outside the box, such as Cornucopia, Port De Croyance, Davisville (after the then Education Minister Bill Davis; he wasn't yet the Premier), 'Town on the Lake' (similar to Niagara-on-the-Lake), Malton Airport, Karen, Gorgon Town, Lacrosse, Amity (meaning 'friendly relations'), Torontario.....or even Leepkroy (York-Peel spelled backwards).

In the end, there was only one choice that made sense, as indicated by the vast majority of submissions that came to the same conclusion: Mississauga.

If you're interested in the actual processes in which Mississauga became a town and got its name, the PAMA archive recommends the "How Mississauga Got Its Name" article series by Richard Collins, which was published in parts by the Heritage Mississauga’s Heritage News newsletter in 2010 and 2011.

But if we had the chance to go through this survey all over again, what would you have called this city?

Editor’s note: This article has been updated to reflect the Mississaugas of the Credit’s name change.