3 GTA Theatres Including Mississauga Evacuated Over the Weekend 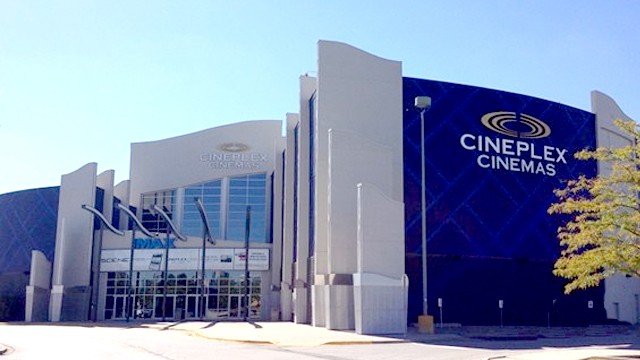 If you decided to check out a movie at a GTA theatre this weekend, you might have gotten a noxious and unwanted surprise.

Three movie theatres — the Cineplex in City Centre, a SilverCity in Brampton and a theatre in Scarborough — had to be evacuated on Friday night after a noxious odour made multiple theatre-goers sick.

According to a recent CityNews article, Peel police said they received a call for the Rathburn Cineplex around 7:20 p.m. for a chemical vapour. They received another call five minutes later for a similar complaint in Brampton. Toronto police have confirmed that someone set off pepper spray in a Scarborough theatre around 7:20 as well.

CityNews reports that paramedics said they treated three people at the scene in Mississauga and that one affected patron at the Brampton theatre was transported to hospital. The Brampton fire department said the odour was caused by pepper spray.

“My friend and I were there for the 7:45pm show of The Huntsman,” says Mississauga resident Anh Luc, who was evacuated from the Square One-area theatre. “We were there early and were in the theatre with two other viewers. Security guard walked in maybe 10 minutes after we had sat down and said there was a fire alarm, which I thought was odd that we didn’t hear it. I think we must have been the last theatre group they came to announce the evacuation because it was pretty isolated or quiet when we came out of the theatre room, everything seemed very calm. There were some police cars outside and fire trucks started to come. We just sat in the car and didn’t linger outside to find out what happened.”

According to a Saturday story in the Toronto Sun, both Toronto and Peel police are looking into possible connections between the eerily similar incidents. The Sun also reports that it’s not known as this time whether the attacks were coordinated or the timing was coincidental.

People affected by the substance experienced burning and swelling of the eyes, throat and nose as well as nausea.

Police are asking anyone with any information to come forward.

As of Sunday night, there were no updates regarding the cause of the incidents.

UPDATE:
A Movie Might Have Been a Factor in Theatre Evacuation
Tuesday April 26, 2016