Cooksville became a hub of commercial activity in early Toronto Township (now the City of Mississauga), as it was centered on the intersection of two important early roads, Dundas Street and Hurontario Street (locally known as Centre Road).

The village of Cooksville was originally known as “Harrisville”, named after its first settler Daniel Harris, who arrived in 1808. Jacob Cook arrived in 1819.

By 1820 Cook was awarded a contract to carry mail between York and Niagara and was operating a stagecoach service throughout much of Upper Canada. He was awarded a tavern liscence in 1829, and promptly built an inn.

The village was renamed “Cooksville” in 1836. Over time the four corners of Cooksville were home to the Cooksville House Hotel (built 1852, demolished 1954), the Revere House (Ward’s drugstore and general store, built circa 1830, demolished circa 1965) and the McClelland-Copeland General Store (built 1852, Cooksville’s oldest surviving building). 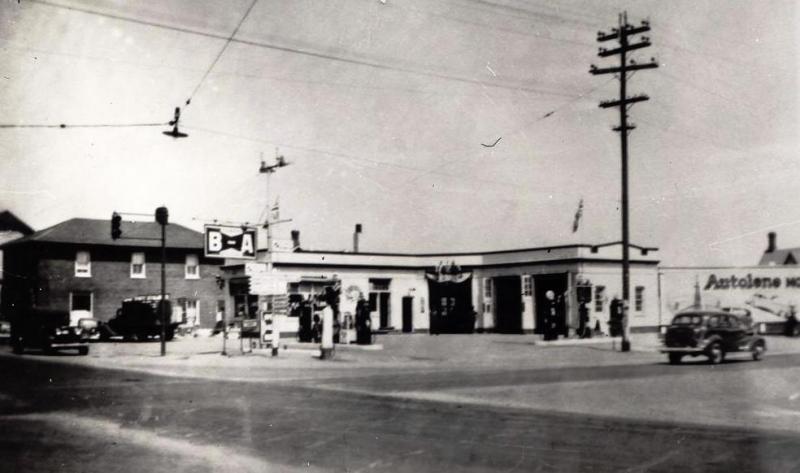 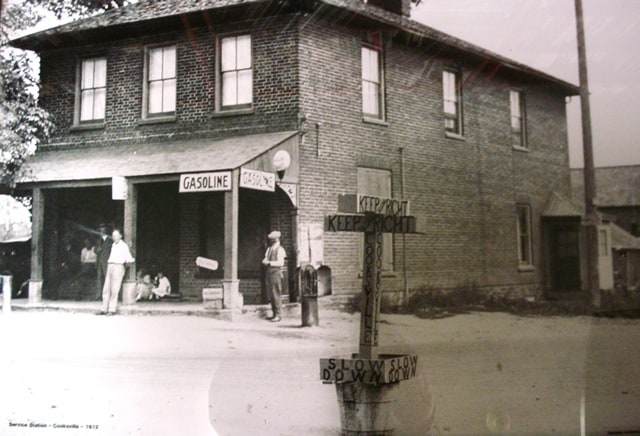 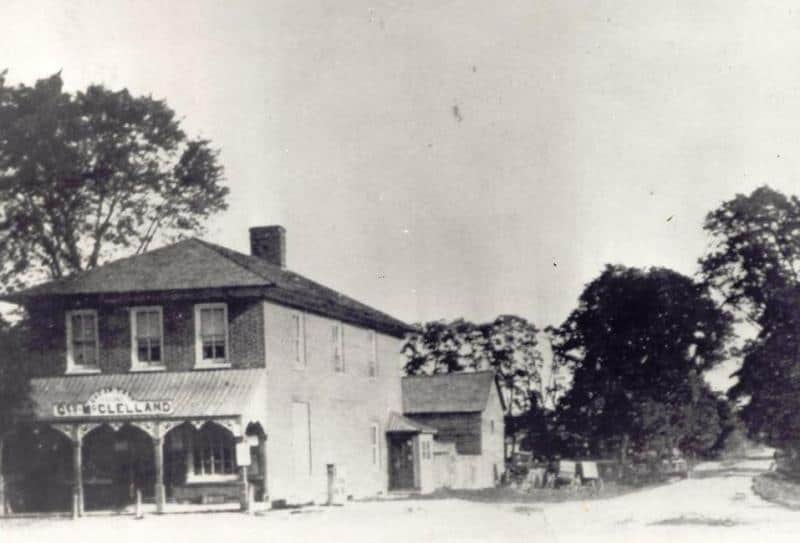 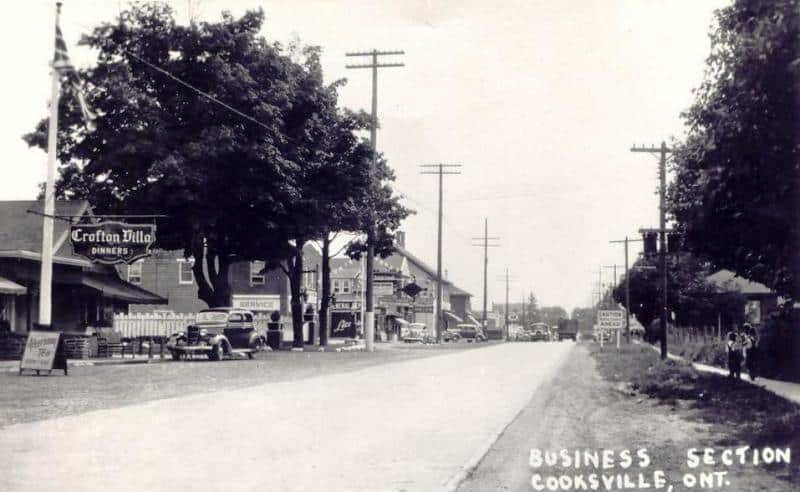 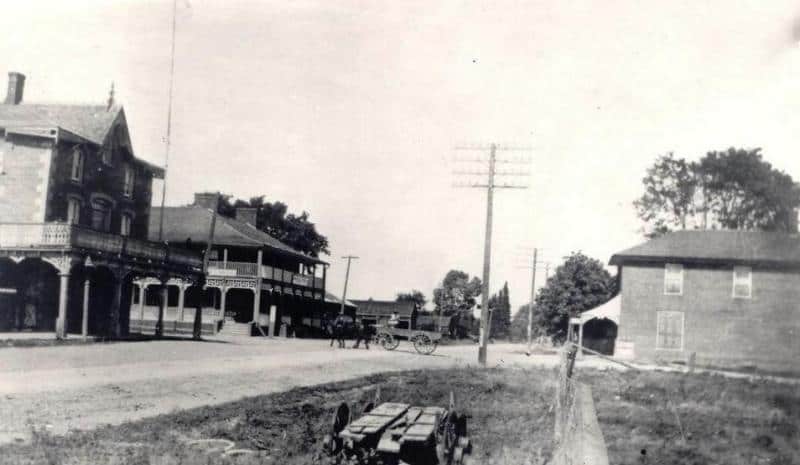 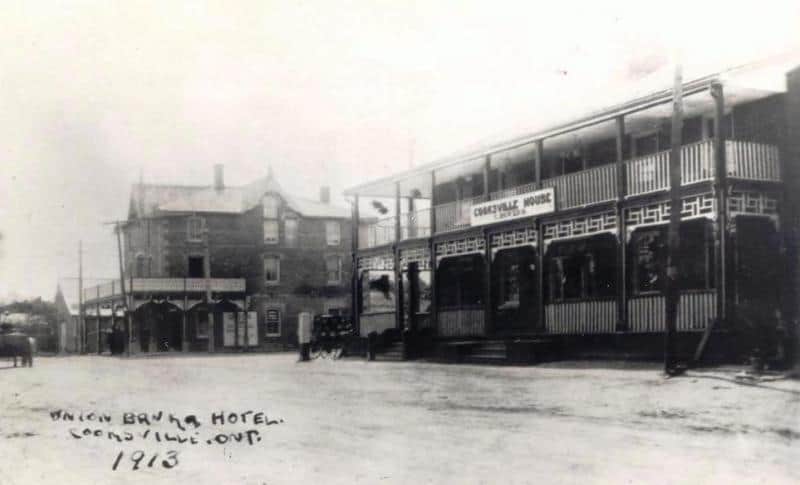 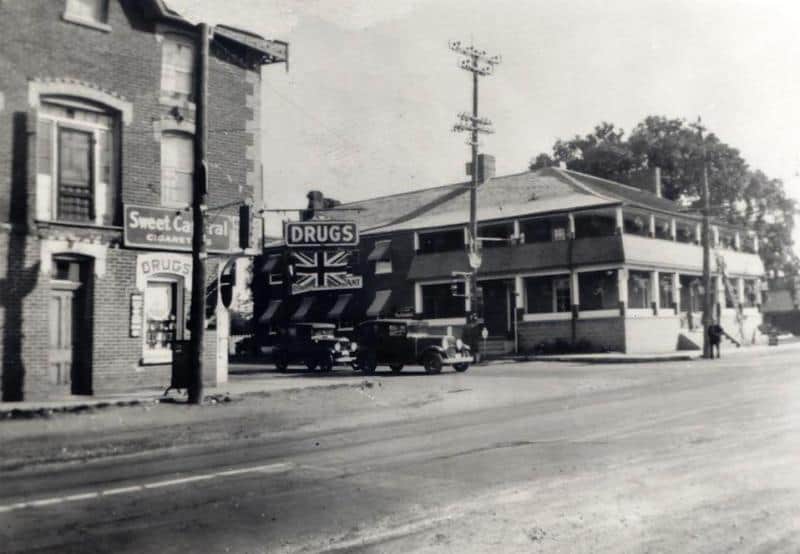 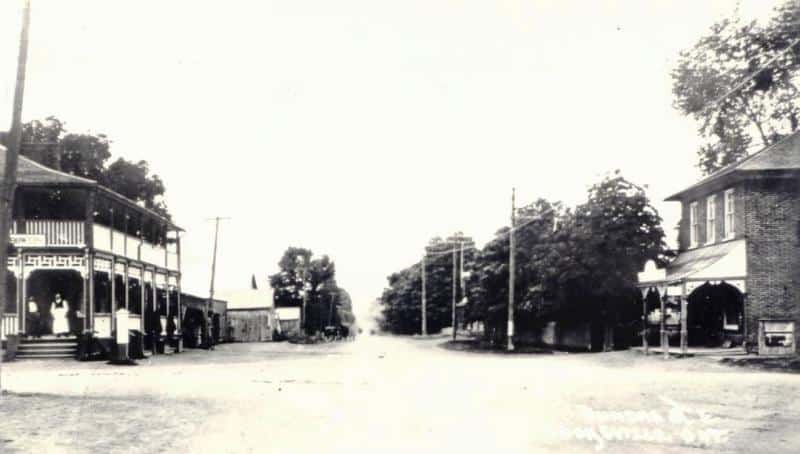 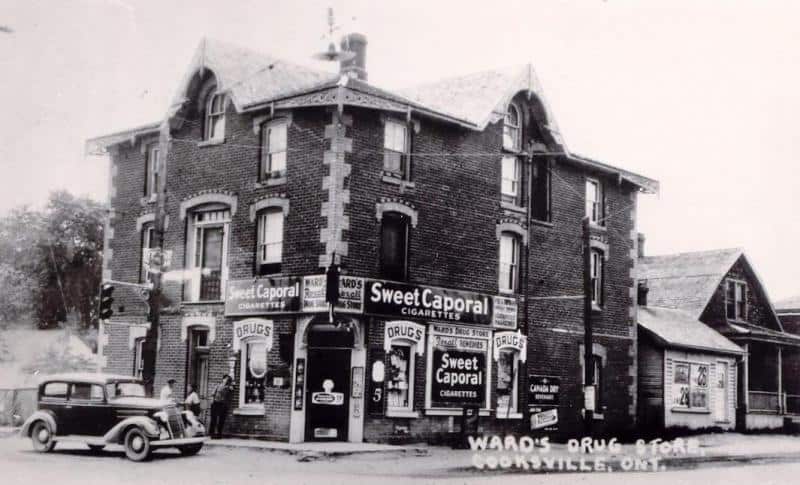 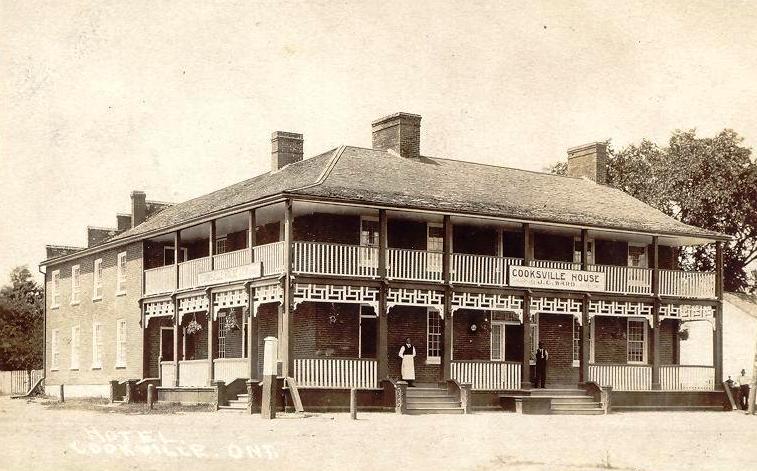