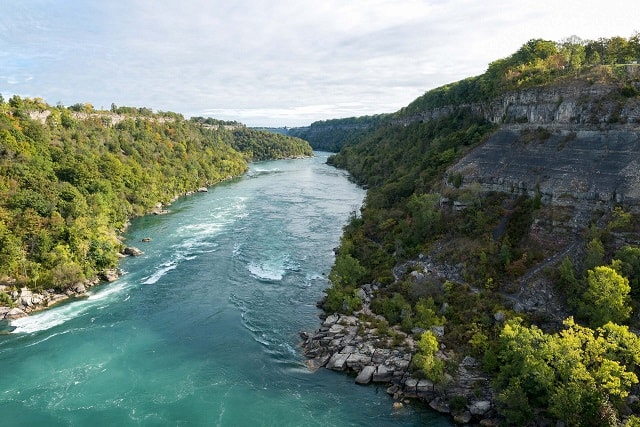 A woman is dead and a man missing after an incident at the Niagara Gorge on Sunday, August 1.

Around 5:00 p.m., emergency services responded to the Niagara Glen in the area of the Niagara Parkway near Whirlpool Road for 911 calls of persons in distress in the water of the Niagara River.

A Toronto woman in her 20s was found in the water in critical condition.

Officers pulled her from the water, attempted to resuscitate her and transported her to hospital, where she was later pronounced dead.

“Further investigation by officers determined that a group of friends from the Greater Toronto Area had gone for a hike on the trails in the gorge along the Niagara River,” said police.

“The deceased female had entered the water with a male in his 20s also from Toronto.  When the female began having trouble in the current the male attempted to assist her.  He disappeared in the current.”

A joint search effort was conducted on Sunday with officers from the NPP HART Team, the NRPS Marine Unit, the United States Coast Guard, the Canadian Coast Guard, Niagara Jet Boats and a helicopter from the Erie County. The male has not yet been located.

The NRPS Marine Unit will continue with a shoreline search this morning, August 2.