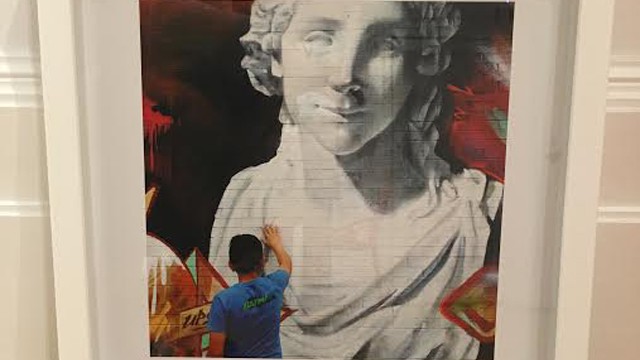 While there’s always been heated discussions about immigration and its incredible impact on a country that’s, well, made up of millions of immigrants, talk about newcomers has never been more charged.

With the world still reeling from newly elected U.S. president Donald Trump’s announcement that he will temporarily ban refugees and residents of seven predominantly Muslim countries from entering the U.S. and Canadians still coming to terms with a savage attack on a Quebec City mosque, there’s no better time to explore what home means to people–especially people from Muslim nations.

Starting this week, residents can check out the important iAM Project. Through the iAM Project, 25 youths from Syria, Iraq, Kuwait and Saudi Arabia will start a conversation with Canadians about what home means to them while using art to explore human rights issues.

The project allows young people to tell their stories through audio, video and still images.

The exciting exhibit will be making a stop in Mississauga, kicking off at the Bradley Museum this weekend and running until April 16. An opening reception will take place at the museum at 2:00 p.m on Saturday.

As for the rest of the exhibit, it will be open on Mondays and Wednesday by appointment only and available to the public Thursday through to Sunday from noon to 4:00 p.m.

The event is free of charge.