If you pay attention to what's happening in Mississauga—and especially in the Square One area—you probably know that a massive entertainment facility is about to call the ever-evolving shopping centre home.

But you might not know that it will also include a four-lane bowling area.

This week, insauga.com got to enjoy a hard hat tour of the Rec Room, a Cineplex-owned entertainment complex that was first announced in 2017.

For those who are unaware, the Rec Room is a major (and much loved) entertainment complex that fuses food and activities. The Rec Room currently operates five locations across Canada and has plans to open 10-15 facilities across the country.

The Square One location—which is slated to open sometime in March 2019—will take shape in the north end of the complex (right where Target was located) and will occupy about 44,000 square feet of space and two full floors.

Approximately half of the space will be devoted to dining and live entertainment, while the other half will boast games and feature attractions.

Once complete, the facility will be able to comfortably hold up to 1,400 guests.

It will be the Rec Room's sixth Canadian location, and the third location in Ontario (as of now, Ontarians have to travel to downtown Toronto or London to experience the "Eats and Entertainment" hotspot).

But while the Square One location will be roughly the same size as the brand's Toronto facility, it will have two extra special features: four lanes of bowling and an axe-throwing area. 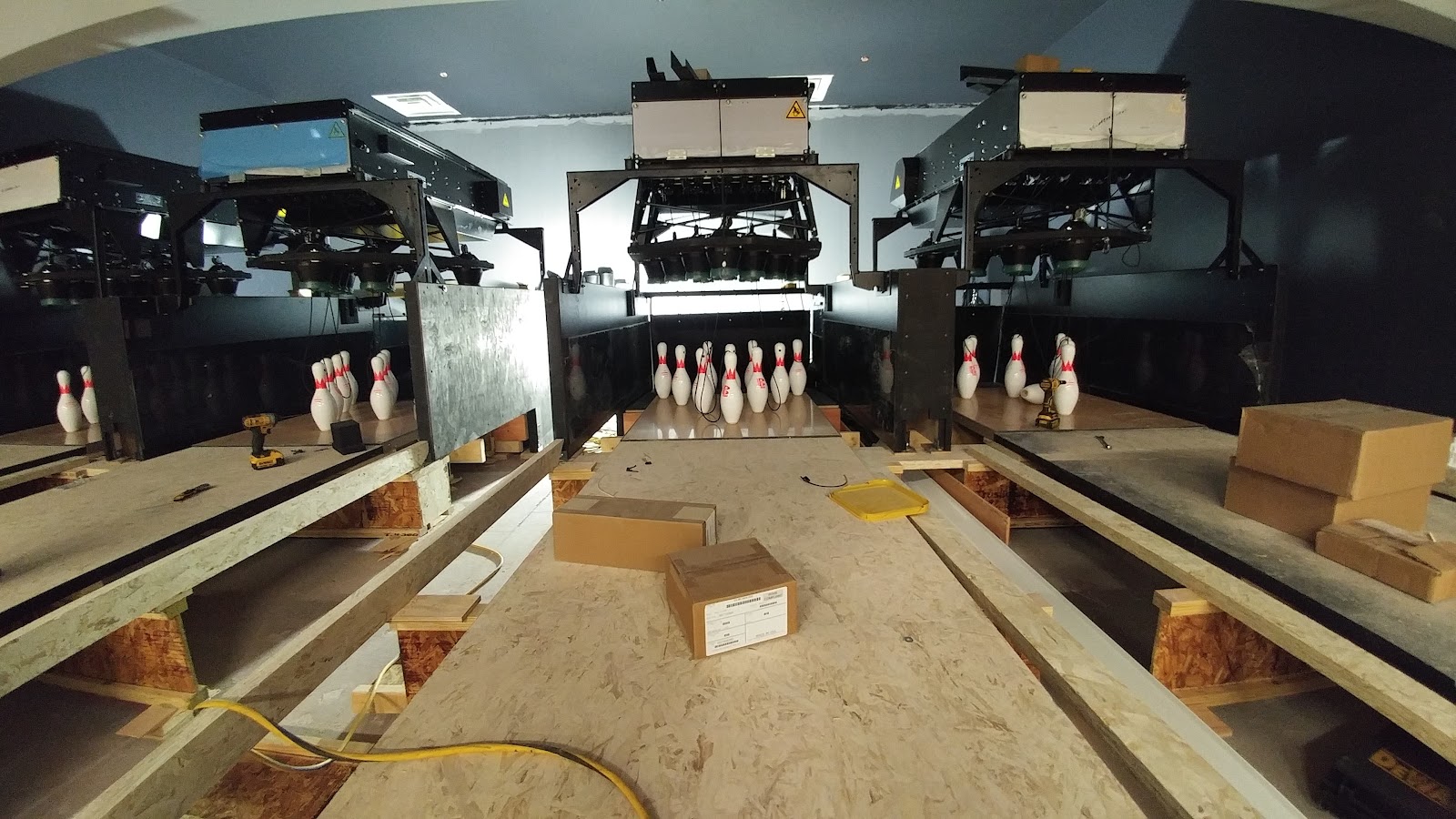 And, judging from our picture of the lanes (which are still under construction, as you can see), this won't be a five-pin bowling experience.

No, guests will get the opportunity to known down all 10 pins.

And while the Rec Room is known for its electronic and arcade-style games, its inclusion of more physical activities (bowling, axe throwing, ping pong, pool, etc.) is exciting because there aren't a ton of facilities dedicated to those activities in the City Centre neighbourhood.

Now, local condo dwellers and Sheridan students who want to enjoy some old fashioned, competitive fun have somewhere new to test out their skills.

As far as other activities go, the location will also feature The Yard—an attractions area that will offer 90 amusement games. Credits earned while gaming are tracked on RFID wristbands and can be redeemed at The Trophy Case for a variety of prizes, including retro candy, drones, whisky stones, portable speakers and more.

Will you be bowling at the Rec Room?