If you’re a big fan of gazing at the wonders of the galaxy that occasionally blazen across the night sky, tonight you might get your chance.

According to the U.S Space Weather Prediction Center, they have issued a strong geomagnetic storm watch for late Wednesday and Thursday evenings, which means there’s a good chance to see dancing colours across the starry night sky. 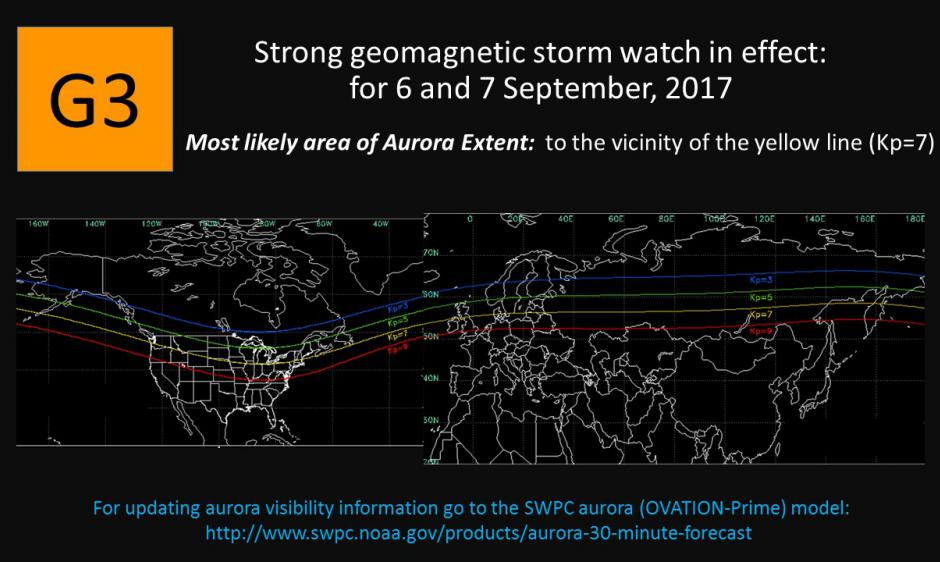 Canada traditionally sits at a comfortable latitude for observing the Northern Lights, and meteorologists are confident that an Aurora Borealis will make its presence known. This means southern Ontario is situated right in that corridor to observe the phenomenon.

For the best chance to see the lights, head out to a dark location and look north. You can try photographing them with a DSLR on a tripod by taking a 15- to 20-second exposure with the focus set on infinity or a distant object.

For updates on seeing the Northern Lights for the next two nights, you can check the weather prediction center’s 30 minute forecast.