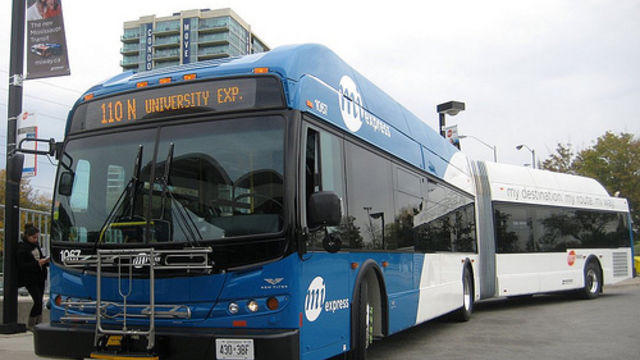 Although most people understand there’s common sense protocol to abide by on public transportation, not everyone knows that Mississauga’s MiWay actually has its own set of bylaws, rules and fines that prohibit everything from creative fare dodging to unleashed pets to inappropriate nudity.

Although it makes sense for public transportation to have set rules and regulations, such criteria has been top of mind since an unfortunate incident occurred on a TTC subway last week.

For those who are unaware, a nasty verbal argument erupted when a woman sat on a man’s feet after he refused to remove them from the subway seat across from him. After the video, which was submitted to multiple media outlets by an uninvolved passenger, went viral, debates about who was right–the woman actively sitting on the man’s feet to teach him a lesson or the man who pushed the woman off for touching him without consent–hit a fever pitch.

As it turns out, it’s both wrong to touch another passenger and put your feet up on a seat (even an unoccupied one).

So, when it comes to Mississauga Transit, what is and is not allowed?

According to this detailed document, some no brainer rules apply.

Passengers are prohibited from:

As far as monetary penalties go, you can be fined anywhere from $120 to $245 for violating the rules. Passengers who attempt to ride without paying or paying full price can face fines of $120 while people who cause disturbances, activate emergency alarms at random or bring a weapon or flammable object onto the bus can be dinged $245.

So, there you have it, MiWay–just like Metrolinx and the TTC–can enforce its own set of unique rules and fine bylaw breakers accordingly.