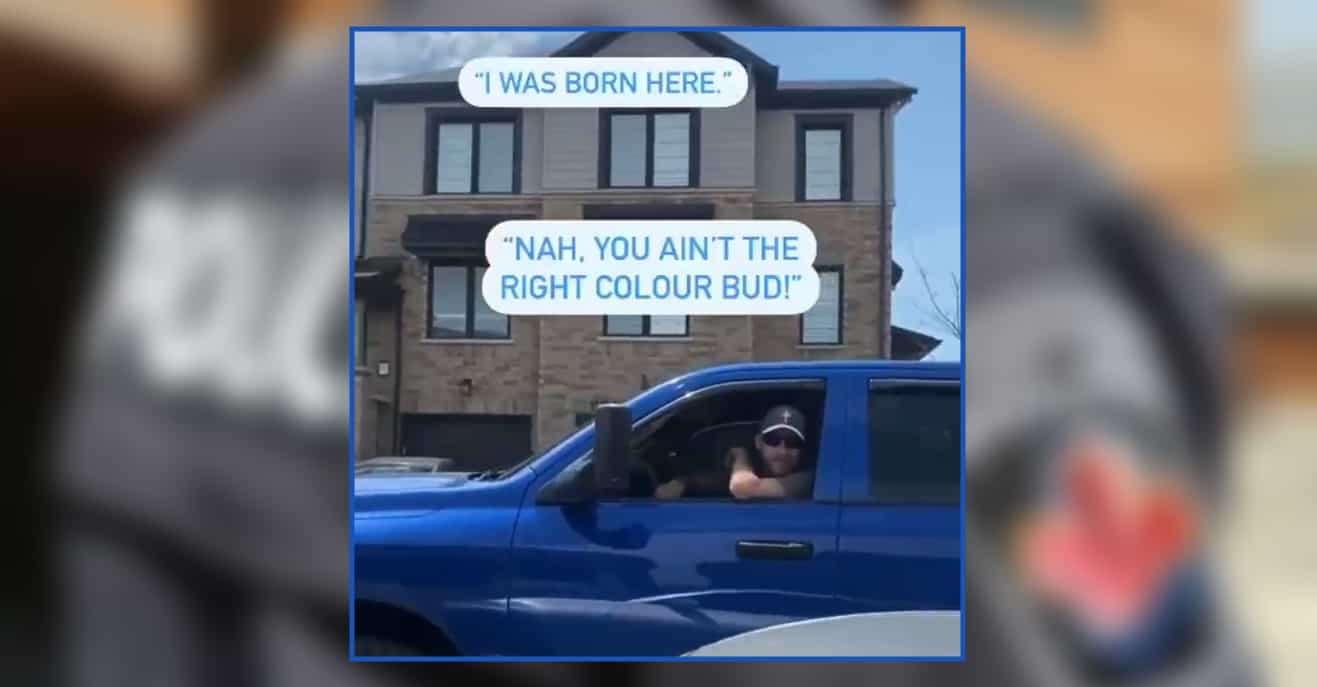 A 27-year-old Hamilton man is facing one charge of Uttering Threats after a video was posted on social media, showing the man directing racist comments towards occupants of another vehicle.

Hamilton Police announced the charges Thursday (May 27) and believe the same man is responsible for a separate racist incident that occurred on April 1.

The most recent incident took place on Tuesday (May 25) in the area of Centennial and Rymal Rd.

The Hamilton Centre for Civic Inclusion (HCCI) posted videos on Twitter, which were recorded by the victims.

The caption on the first video reads, “This was after my partner was called (n*****) repeatedly from this aggressor in an act of road rage when the camera came out he didn’t repeat what he first said.”

In the video, the victim’s vehicle pulls up to a blue pickup truck. The driver of the truck accuses the recorder of cutting him off before saying, “go back to your own country.”

In the second video posted by HCCI, the victim says, “I was born here.” The driver of the pickup truck responds, “you ain’t the right colour, bud.”

The name of the suspect was not made public.

Hamilton Police say the incident was not reported to them but they were made aware through social media.

Police are urging any victims or witnesses to these incidents to come forward and contact Hamilton Police Hate Crime Detective, Fabiano Mendes at (905) 546-5678.