Yes, it is snowing again in Mississauga (and more tomorrow) 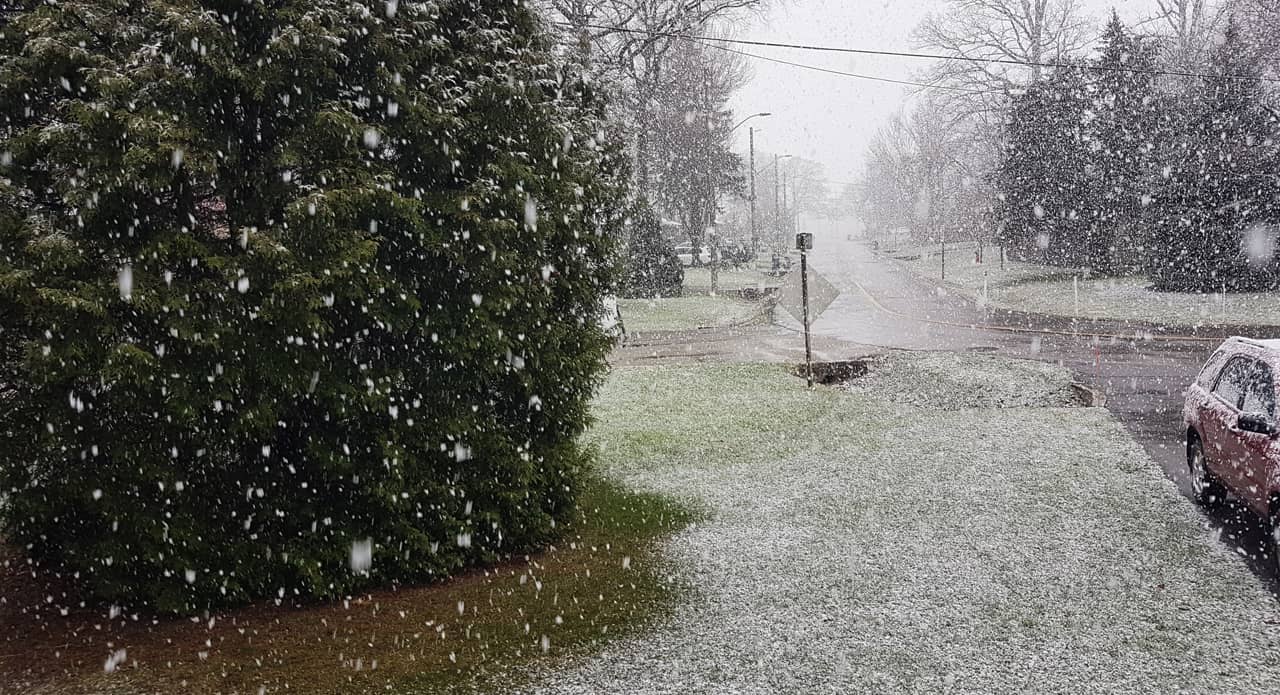 Make no mistake about it, that is snow falling in Mississauga late this afternoon (April 18).

Reports from across the city – especially from those living close to Lake Ontario – report snow is falling with ground accumulation starting to build up.

The Government of Canada’s weather office had predicted that snow mixed with rain was a possibility today, yet some were still struck by the appearance of the white stuff.

“I don’t believe it,” said Mariel Louder while coming out of Tim Hortons in Clarkson. “I had really hoped we were done with all of this.”

The flakes started to fall around 4:15 p.m. and are expected to continue into the evening before turning to rain. After midnight there is a 40 per cent chance of the flurries with a possible accumulation between two to four centimetres.

Snow and flurries are expected to continue for part of the day tomorrow but sun and a temperature of 10 C is expected to get rid of the remnants of winter by Wednesday.