Would You Pay a Toll to Drive to Toronto? 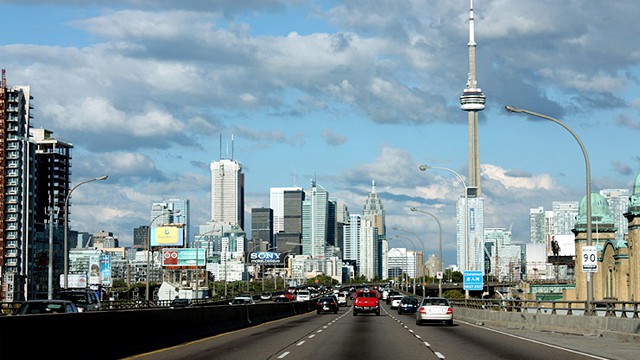 There’s been a lot of talk about tolls on TO’s major highways and it looks like the dream (nightmare?) could become a reality.

According to a recent article by BlogTO, The6ix is serious about putting tolls on the Gardiner Expressway and DVP. This would definitely affect Sauga commuters, as most jump on the Gardiner at some point while making their way to the downtown core.

According to BlogTO, Toronto recently issued a request for proposals (RFP), asking for outlines of how a toll system could conceivably be implemented. It might comfort some commuters to know that, at this stage, nothing is certain. The city is still seeking answers as to who will pay the tolls, as it appears possible that some people — most likely tourists and Toronto residents — could be given a break on the fees. That, again, probably doesn’t bode well for Mississauga dwellers. We linger in that lonely space between residents and tourists. We don’t live in Toronto, but we’re not exactly foreigners on its urban soil.

Are people from Hamilton tourists?

Do you have to be from out of province?

The proposal is a long time coming, especially since Toronto is desperate to deal with the aging, ailing Gardiner. As for costs, a recent report suggested the tolls could run anywhere from $1.25 to $3.25 (flat fee) or 10-35 cents a click.

What do you think? Will you pay to get to Toronto? Or will you stick to the Lakeshore should TO implement tolls?