Would You Buy Ugly Fruit For Less in Mississauga? 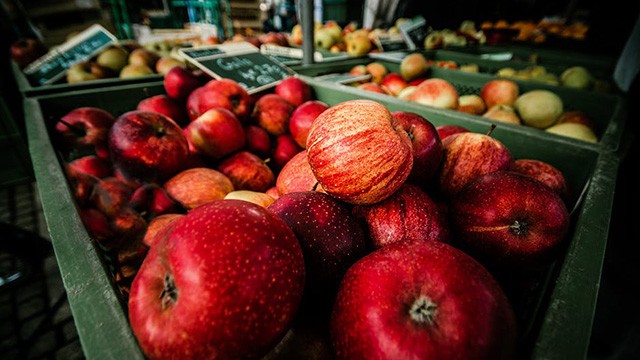 It’s no secret that the cost of living has risen in Brampton and surrounding cities. With housing costing people more than ever before and goods in general becoming more expensive, some shoppers might be happy to hear that they can save a little on food if they’re willing to embrace less pretty produce.

While these foods are new to the label, Naturally Imperfect has actually been around for sometime. Launched in March of 2015 with apples and potatoes, the produce line costs less than traditional produce (up to 30 per cent, according to Loblaw). Products that are part of the more affordable line were previously used in juices, sauces or soups, or might not otherwise have been harvested due to their small size.

“When it comes to produce, Canadians know that beauty is more than skin deep,” said Ian Gordon, senior vice president, Loblaw Brands, Loblaw Companies Limited, in a statement. “Our customers recognize that they get the same flavour and nutritional benefits in spite of appearances. The positive response to our initial offering of apples and potatoes demonstrated the opportunity to expand the no name Naturally Imperfect line and offer more selection at a great price to Canadian families.”

The brand can be found at select No Frills, Real Canadian Supersatore, Zehrs and Loblaws stores across the province.

“Canadians have discovered the value of imperfect fruits and vegetables,” said Ian Gordon, senior vice president, Loblaw Brands, Loblaw Companies Limited. “Following the success of our no name Naturally Imperfect products in the produce department, it just made sense to expand the line to include frozen items.”

The products are cheaper because they’re generally smaller or slightly misshapen (which doesn’t actually compromise their taste or nutritional value).

As of now, shoppers can purchase both fresh and frozen Naturally Imperfect products, including the aforementioned new additions and apples, pears, onions, carrots, mushrooms, potatoes, cucumbers, peppers and sweet potatoes.

Selection may vary by store.