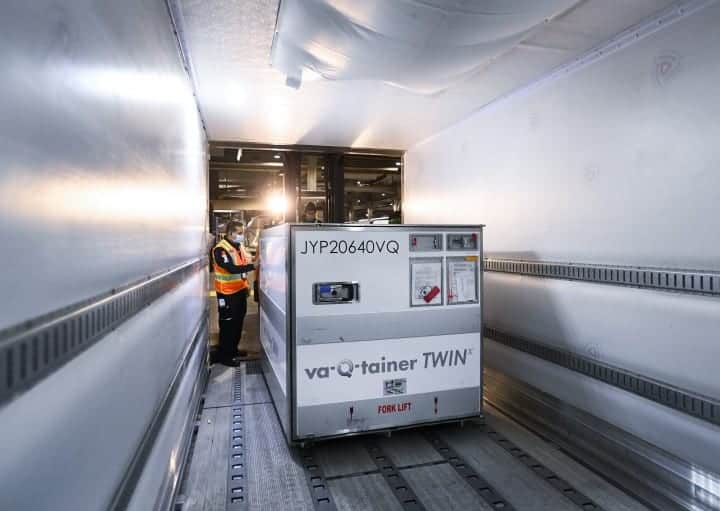 New cases of COVID-19 infections across Canada are trending upward, public health authorities reported on Wednesday in a worrisome development that comes amid new concerns over vaccine supplies.

Thousands of new cases on average and 31 deaths were being reported daily, the Public Health Agency of Canada said in its latest update. The bottom line, the agency said, was that people still face a serious risk of contracting the disease.

While vaccinations offer some hope for containing the pandemic, concerns about supplies were rekindled after India put a halt to exports of its Oxford-AstraZeneca vaccine citing its own shortages, the Reuters news agency reported.

The federal government had no immediate comment on the report, but did say possible new European Union restrictions on vaccine shipments would not affect Canada.

The E.U. was expected to move Wednesday toward stricter export controls for COVID-19 vaccines amid  a surge in new infections and concerns about domestic supply shortages.

“Our expected shipments of vaccines have been arriving in Canada,” Youmy Han said in a statement late Tuesday. “We are on track to receive 9.5 million doses by the end of March.”

Canada’s overall infection rate since the pandemic began a year ago is nearing the one-million mark, authorities reported. To date, the virus has killed 22,735 people.

More than 2,140 people were in hospitals with COVID-19 of which 591 needed intensive care.

Ontario reported another 1,571 cases and 10 related deaths on Wednesday, while Quebec saw 783 new infections, with eight more people dying of the disease. One-million vaccine doses have been administered in the province.

Saskatchewan said it would now extend its inoculation program to anyone over age 65. In addition, people aged 50 and older in the Far North can book shots, as can priority health-care workers, the Saskatchewan Health Authority said.

Given the financial toll anti-pandemic restrictions have had, thousands of hotels, restaurants and other businesses urged Ottawa to extend emergency relief past June 5. Federal wage and rent subsidies must stay in place until the end of the year, the Coalition of Hardest Hit Businesses said.

“Our businesses were the first hit by the pandemic, the hardest hit by the closures and will be the last to recover,” Beth Potter, president of the Tourism Industry Association of Canada, said in a coalition statement.