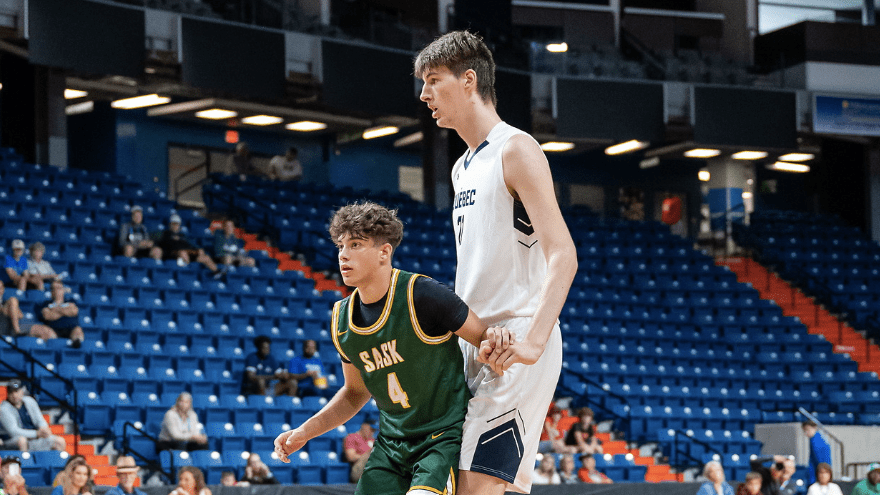 At 7-foot-6, one Quebec basketball player doesn’t have to jump to slamdunk the ball. The smallest of hops, a little skip even, will suffice.

With the Niagara 2022 Canada Summer Games basketball matches taking place at both the Meridian Centre in St. Catharines and the gym at the Niagara College Welland campus, all eyes are on 16-year-old Olivier Rioux, who is, according to the Guinness World Records folks, the world’s tallest teenager.

The way he towers over opposing players is almost frightening – it looks like a high schooler playing on a Grade 1 team.

Now playing regularly for the IMG Academy in Florida, the Terrebonne, Quebec native made the trip back to Canada for the Summer Games and accordingly, had drawn no small amount of attention.

While much of it is heredity – his father is 6-foot-8 and his mother is 6-foot-2 – Rioux is, of course, used to the attention after becoming something of a viral sensation after a YouTube video showed him in an Under-12 tournament, standing 6-foot-10.

Underneath the rim, Rioux is virtually impossible to guard, which results in opposing teams double and triple teaming him. However, that means at least two teammates are open for long-range passes from the phenom.

Granted, one player doesn’t make an entire team. Even Michael Jordan had a strong supporting cast around him. But like Jordan, it is almost impossible not to watch Gioux and marvel at the difference one man can make. 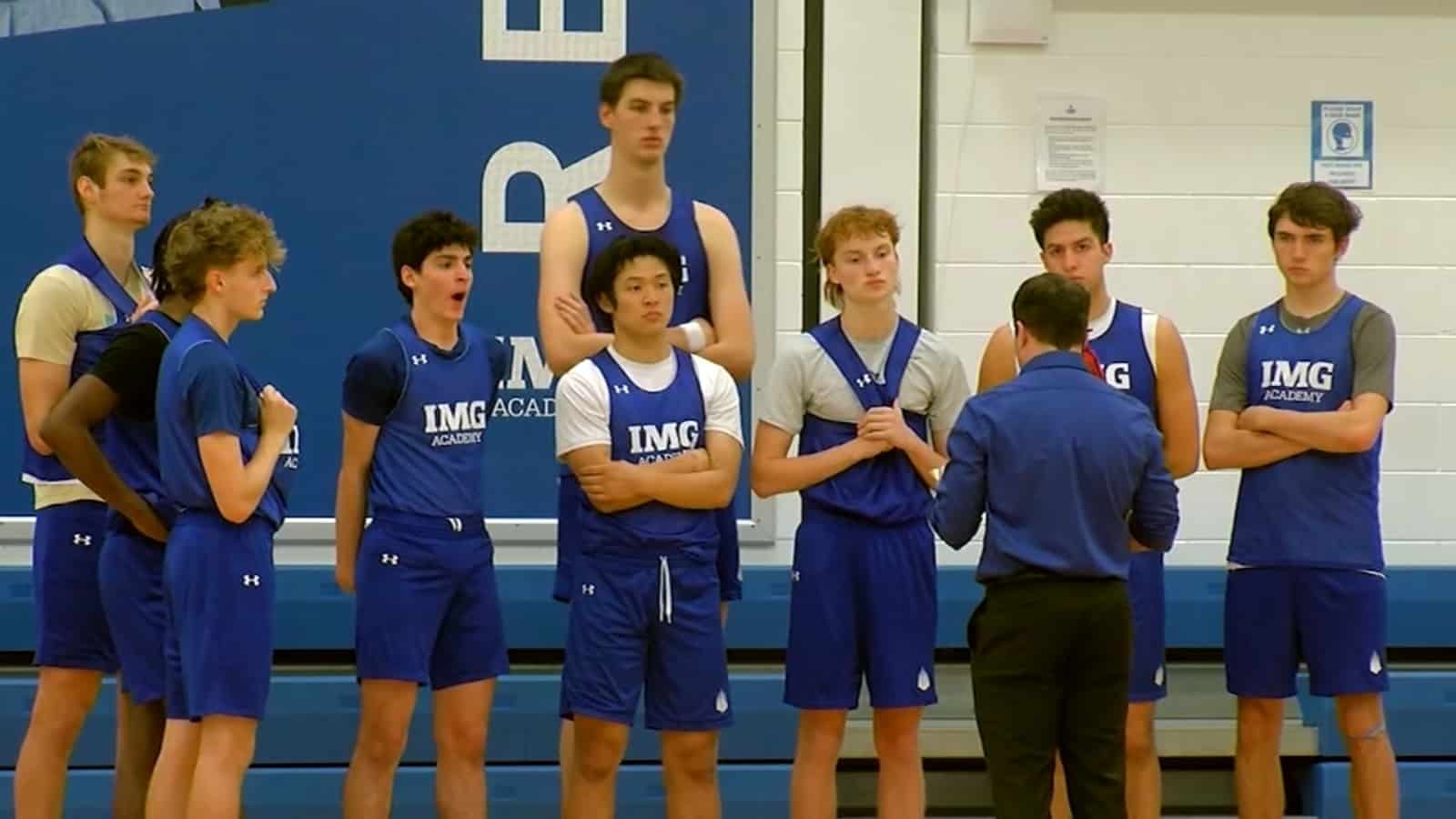 Even at the Florida IMG Academy, Gioux towers over his teammates. (Photo: ABC7-Chicago)