World’s largest festival of lights has arrived in Mississauga 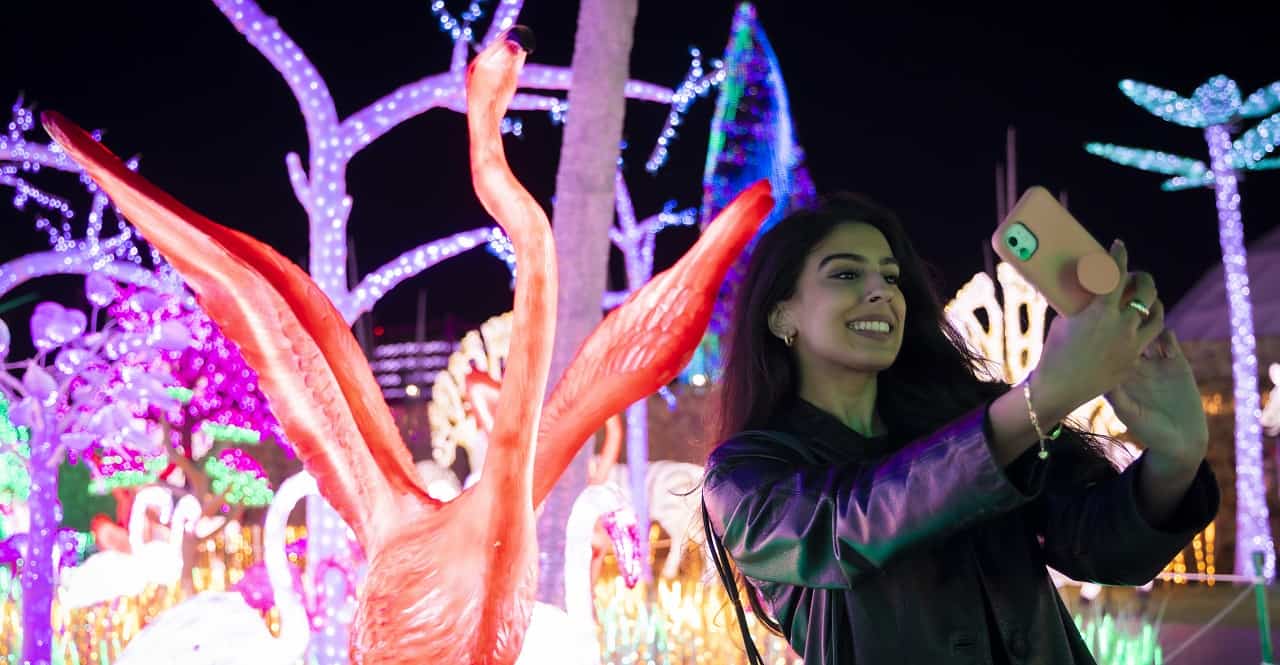 After much waiting and anticipation, illumi – A Dazzling World of Lights is now open in Mississauga as the biggest, most immersive light show the city has ever seen.

illumi is now welcoming visitors of all ages at 7174 Derrycrest Dr in the city’s north end, near Hurontario and Highway 407.

Billed as the largest light, sound and multimedia show in the world, illumi by Cavalia features more than 20 million dazzling lights in a massive 600,000 sq. ft space. The festival is divided into 14 magical universes, each with its own theme, soundtrack, fun attractions such as a merry-go-round, and thousands of light structures that are perfect for snapping Instagram pics.

It’s the perfect outing for the entire family! You have never seen anything like this before. 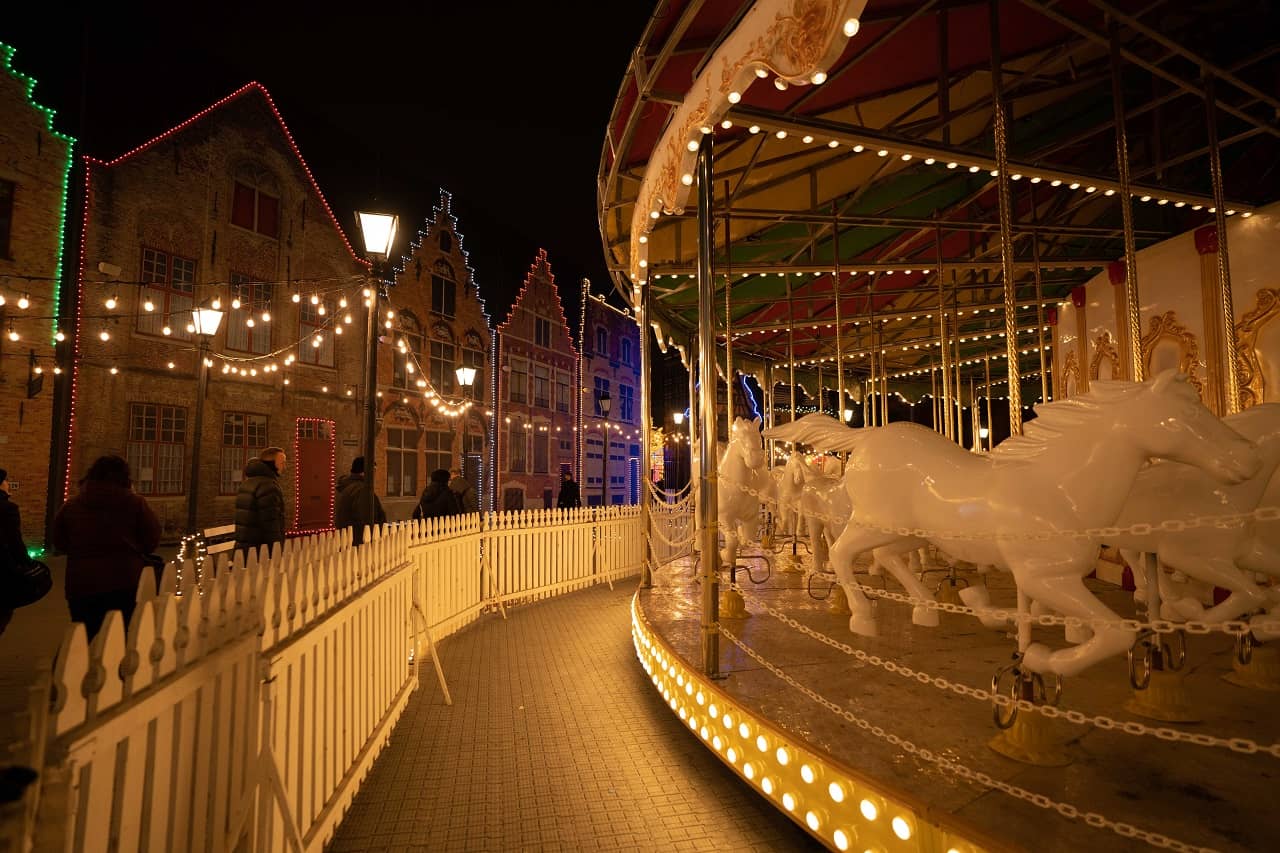 Tickets are now available, with illumi offering a special discount to celebrate the grand opening: Up to 75% off for the first two weeks (Sept. 14-28).

In addition to the millions of LED bulbs, the festival is brought to life by cutting-edge programming technologies, high-definition projections, state-of-the-art animatronic creatures, and thousands of light structures.

One of illumi’s centrepiece attractions is its huge Tree of Lights, standing at an impressive 154 feet tall (three feet taller than the Statue of Liberty!). Made of 44,000 interactive luminous spheres, the beautiful tree will light up the area for miles during each night of the festival. 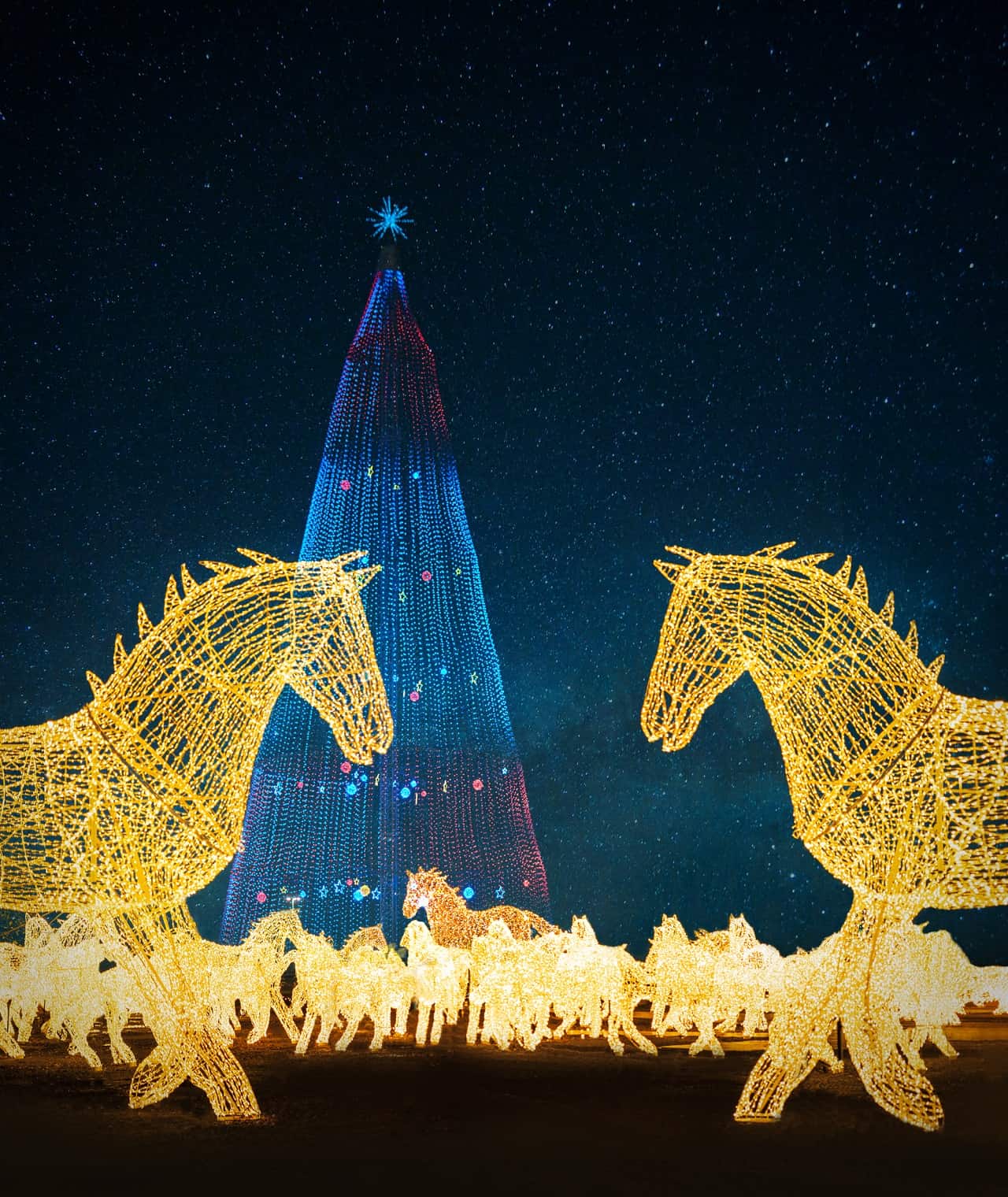 As guests make their way through 600,000 square feet of stunning light structures (equivalent to 10 football fields), they’ll explore 12 visually distinct areas that’ll whisk them around the world and through magical new experiences unlike anything seen before.

In the Cavalia Horses universe, a herd of 200 sparkling stallions made from thousands of lights will take guests on an epic imaginary ride filled with beauty, mystery and horsepower. The horses are inspired by Cavalia’s majestic white show-horses. 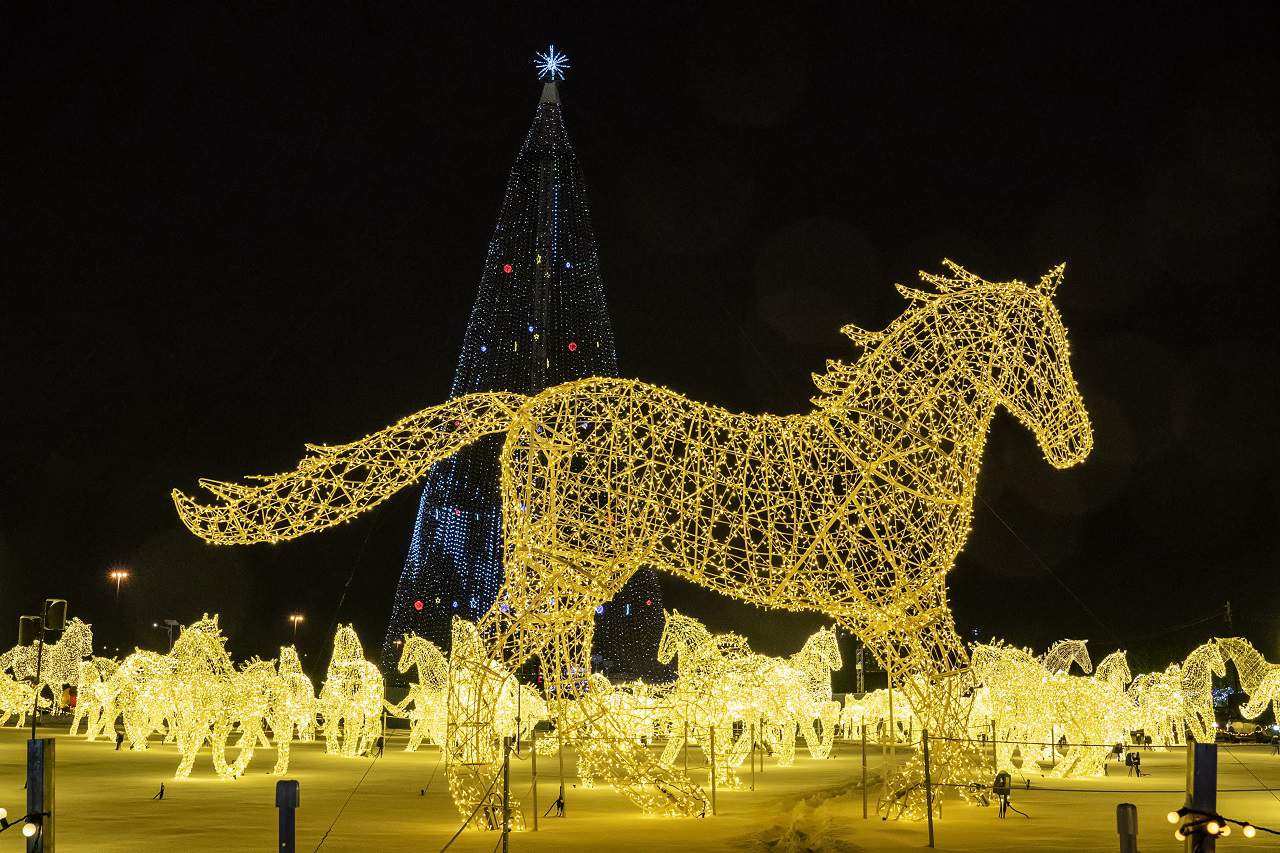 Visitors may also want to check out The Infinite Poles, where penguins, polar bears, whales and igloos coexist in an endless forest of stalagmites. 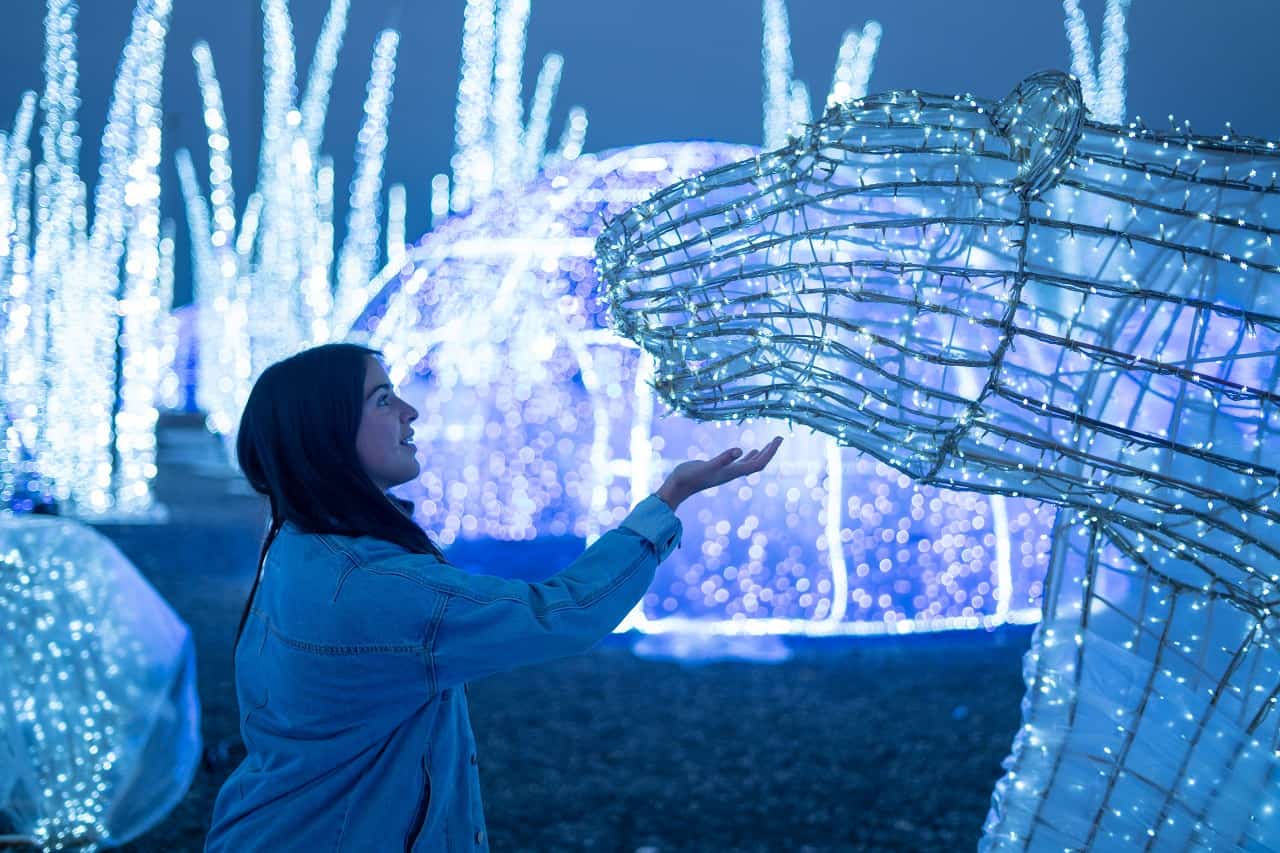 Other universes to check out include A Kid’s Paradise, the Tunnel of Love, Colourful Animal Kingdom, and the Magic Lanterns, all of which will dazzle, entertain guests of all ages. 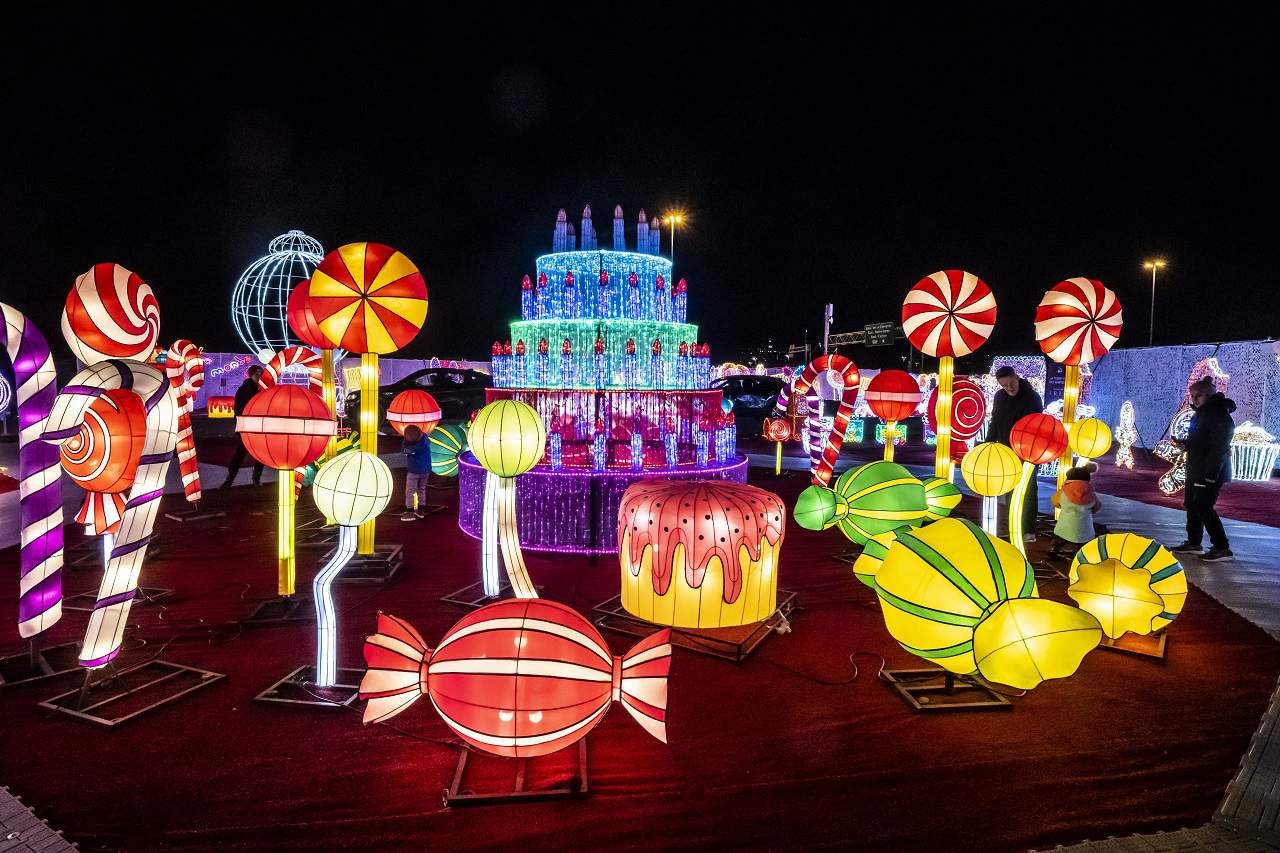 New exciting universes will pop up during the holidays, such as the Scarlet Spiders for Halloween and the Land of Frost for Christmas, ensuring there’s regularly something new to discover during the festival’s roughly three-and-a-half month run.

illumi is open from September 14th until January 8th and will stay in Mississauga for the next five years, giving residents ample time to visit and revisit the festival at their leisure.

Before arriving in Mississauga, illumi found massive success in Quebec during the last three years –welcoming over 1.5 million visitors of all ages – and is eager to break that record here.

The festival is organized by Cavalia, a Canadian entertainment company and family business that specializes in creating, producing and marketing large-scale live shows and events.

Founded by artistic visionary Normand Latourelle, the company’s mission is to create magical, unique and never-before-seen experiences, and illumi’s outstanding visuals reflect that mission to a tee.

To see the magic for yourself, make sure to grab your tickets ahead of time (up to 75% off for the first two weeks) and visit illumi at 7174 Derrycrest Dr.