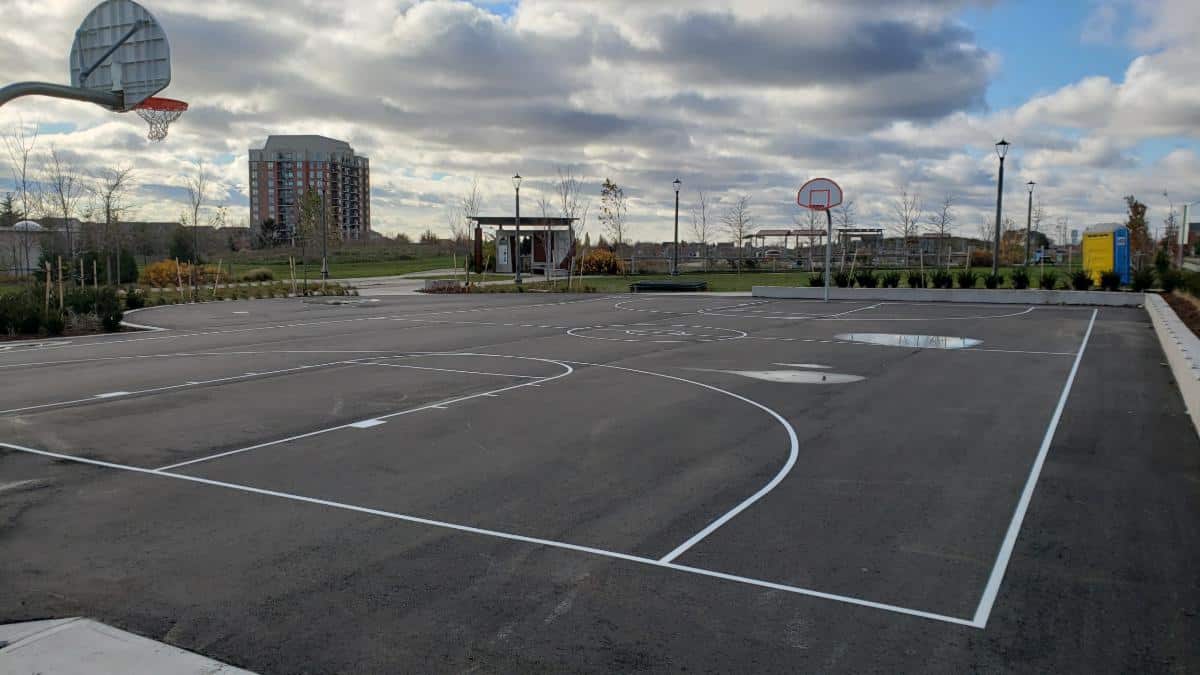 Renovations and landscape work at Memorial Park in Oakville have finally been completed after six months. TOWN OF OAKVILLE IMAGE

Let the fun begin at Memorial Park in Oakville.

Whether that’s shooting a few hoops or engaging in a game of checkers or chess, renovations and landscape work at the park, located at 120 Oak Park Boulevard, have finally been completed after six months.

Work on upgrades to the park, which is now open to the public, began in mid-May.

Along with addition of the basketball court, there is a new pergola structure with seating beneath, several trees planted in Silva cells and extensive horticultural plantings throughout the park.

“Now that this latest set of upgrades is finished, all new sports, games and garden areas are open and available for use to all residents of Oakville,” Oakville Ward 5 Town and Regional Councillor Jeff Knoll said in his weekly newsletter.

“Get outdoors and enjoy a visit today!

Originally known as Uptown Core Park, the 11 acre park (about 27.2 acres) near the intersection of Hays Boulevard and Georgian Drive received capital budget money from the Parks and Open Space Development to complete the planned “activity court” area.