Women Are Facing Terrifying Street Harassment in Brampton and Beyond 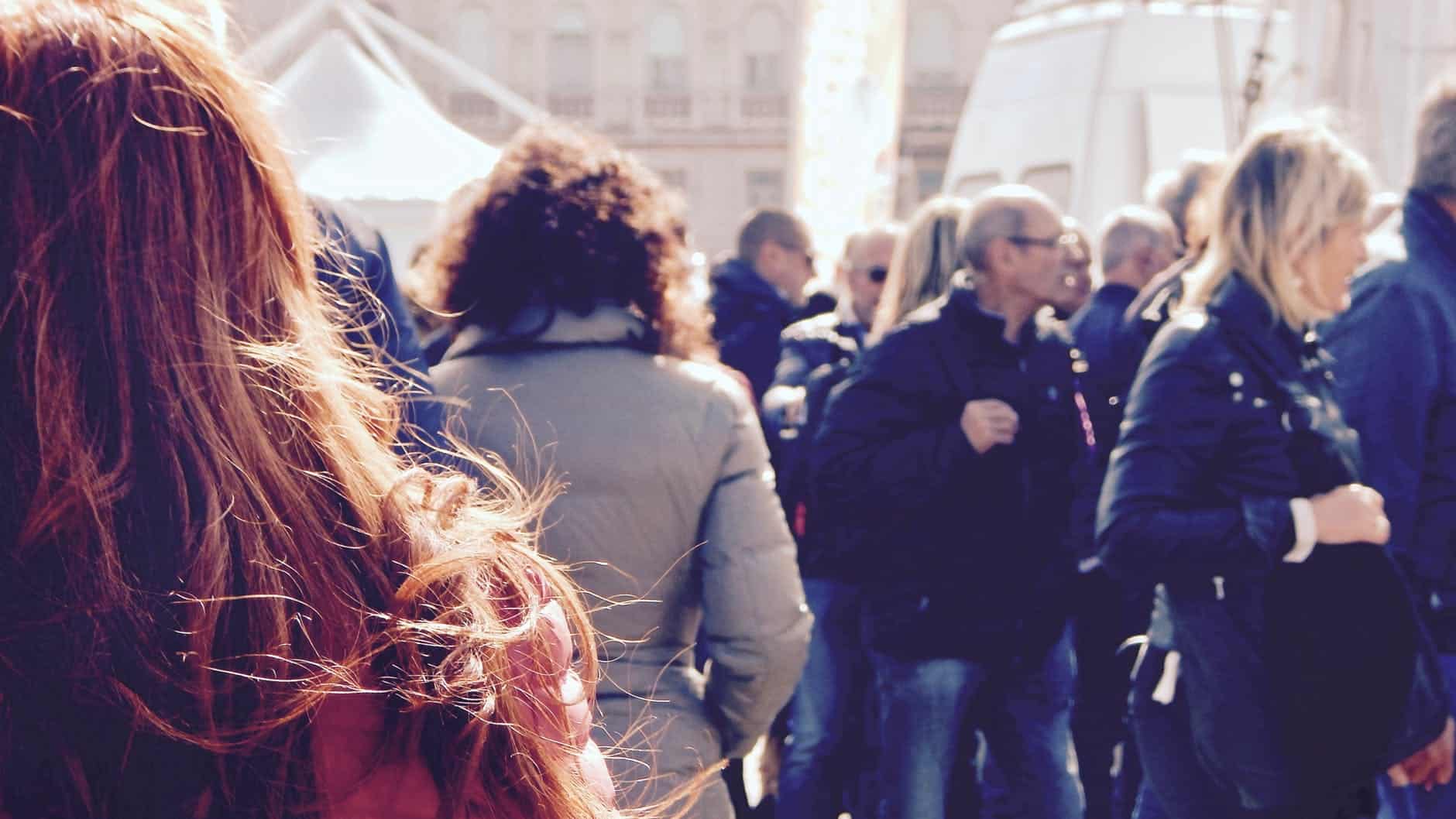 In July 2016, I was waiting for the eastbound bus at Chinguacousy and Williams Parkway, good old route 29. It was 10 a.m. and I was heading to work, my Timmies English Breakfast tea in hand and Drake blaring from my earbuds. That’s when a man approached me.

He was in his mid-40s, and he asked for the time. I popped out an earbud, told him, and popped it back in. He asked me loudly where I was going, what my name was, and proceeded to call me “sweetie.” I shook my head at him and said I wasn’t interested — earbuds still in — and that’s when it got worse. He yelled at the sky that the “Indian girl” at the bus stop thought she was too good for him. He proceeded to say that if she didn’t pay attention to him, he would rape her.

That’s when I got really scared and anxious, took a few steps away from him and the stop, uncertain of what else to do in that situation, crossed the street, and Ubered to work instead, shaken and disgusted. But that wasn’t an isolated incident. Street harassment is very common in Brampton — it’s happened to me, my friends, my sisters, and women beyond and in-between, and it needs to be stopped.

If you’ve ever been bombarded by unwanted comments, whistled at, asked persistently for your name or number, groped, or assaulted by a stranger in a public place, no matter how major or minor the incident, you’ve experienced street harassment, an unfortunate reality both in Brampton and beyond.

It’s no secret that street harassment is a global issue, but it’s more frequently directed towards certain groups of people. Minorities, and members of the Lesbian, Gay, Bisexual, Trans, Queer/Questioning (LGBTQ+) community in particular face high volumes of street harassment — but women all over the world deal with street harassment the most.

According to an international survey by Hollaback!, a global movement to end street harassment with several active chapters in Canada, in 2015, 88 per cent of Canadian women said they experienced harassment before the age of 17, and 79 per cent of women reported being followed by a man or a group of men that made them feel unsafe.

Gender inequality is a deep-rooted issue here, and, according to the massive global movement Stop Street Harassment, it’s the basis for gender-based street harassment. In fact, over 80 per cent of Canadian women report being harassed on the street. And according to the Canadian Women’s Foundation, women are 10 times more likely to be victims of assault than men.

“The vast majority of the stories we receive are from women, even when it’s not just based on gender,” Hollaback! Ottawa site director Julie LaLonde told inbrampton.com about street harassment. “Women holding hands with other women, women with kids or pushing a stroller, with hijabs, within an intersectional framework, the vast majority of people experiencing it are women.”

According to Hollaback! street harassment happens in any public location at any given time — on public transit, in a park, on the street, in both well-lit and poorly lit areas, both late at night and during the day, and while dressed up or dressed down — and in any given way. Women are flashed, groped, fondled, followed, and harassed both verbally and non-verbally in disturbing volumes all across Canada, regardless of where they are, what time it is, or any other factor such as what they’re wearing.

Anyone with an internet connection will have noticed the widespread nature of harassment via social media — an abundance of movements have popped up all over the web highlighting the severity of street harassment and sexual assault across the globe.

The popular #MeToo movement, for instance, went viral over Twitter just last month when actress Alyssa Milano took to Twitter to encourage women to share their experiences with sexual harassment and abuse using the two-word hashtag.

If you’ve been sexually harassed or assaulted write ‘me too’ as a reply to this tweet. pic.twitter.com/k2oeCiUf9n

In light of recent sexual assault allegations against Harvey Weinstein, Kevin Spacey, and Louis C.K., the #MeToo movement is more relevant now than ever before — people everywhere are speaking up against their harassers.

Thousands of women chose to participate, including those in Brampton and beyond. Perhaps you participated or people on your social media feeds did, too, and while the unexpected movement received both praise and critique, it mainly demonstrated the magnitude of the issue: sexual harassment and abuse ranging from cat-calling to rape happen at alarming rates, every day, all over the world.

Gender-based street harassment is unwanted comments, gestures, and actions forced on a stranger in a public place without their consent and is directed at them because of their actual or perceived sex, gender, gender expression, or sexual orientation.

In any case, street harassment is unacceptable, and it’s a human rights issue that “limits harassed persons’ ability to be in public, especially women’s,” says Stop Street Harassment.

Over in the Netherlands, 20-year-old Noa Jansma took to Instagram through her @dearcatcallers account to showcase selfies with her harassers, and ultimately — like #MeToo — to demonstrate the magnitude of harassment.

For a month, Jansma displayed her experiences.

“#dearcatcallers, it’s not a compliment,” she posted at the beginning of her project in August 2017.

#Dearcatcallers definitely sparked a conversation, and the movement’s boldness was instrumental in drawing attention to street harassment around the world.

A little closer to home, organizations like Hollaback! are fighting against the issue and suggesting some invaluable advice.

“Naming the problem is so important — if I’m a woman and I’m on the bus and some guy sits right beside me, my antenna goes up right away,” said LaLonde. “People who aren’t targeted to understand, to pick up on it, they don’t register it as a problem or understand how it can escalate.”

LaLonde recommends that victims of street harassment respond in the way they’re most comfortable with, whether they want to keep walking or to speak up.

“If someone is cat-calling you, you have the right to respond. Say ‘don’t touch me.’ Say ‘I don’t want to talk to you.’”

It’s important to note that street harassment is never the victim’s fault — rape culture and victim-blaming are a huge part of the issue. Often, social attitudes normalize and trivialize street harassment, sexual assault, and abuse, blaming women, for instance, instead of their harassers.

According to Stop Street Harassment, “it is crucial that we work to educate men and boys about this issue so they can be more aware of it, not engage in harassing behaviors, and can speak out when they see it happening. Men who are not harassers especially can be very instrumental in educating other boys and men as their peers may be less defensive and may listen better (sadly) to them than to a woman.”

When it comes to ridding our streets of harassment, entire communities must step up to the plate. According to LaLonde over in Ottawa, only six per cent of harassment victims have had someone intervene on their behalf — bystanders are also part of the problem. Across Canada, 71 per cent of street harassment happens without witnesses willing to help.

“We don’t have a criminal justice response,” said LaLonde. “We’re calling people out on the community accountability piece.”

That includes developing and sharing research on issues from street harassment to getting boys and men interested in solving the problem, according to The Canadian Press.

London, Ont. is set to be the first city in Ontario to implement a strategy against street harassment on its own, adopting the United Nations’s sexual violence prevention strategy and ultimately working to tackle unwanted sexual, verbal, and physical incidents in public spaces in London.

Here in Brampton, there are accessible community resources for victims of sexual assault and violence — such as Victim Services of Peel — but we don’t have any specific measures in place to eliminate harassment from our streets. Perhaps it’s due time for Brampton to step up and take action.

Do you have experience with street harassment in Brampton?