Woman Critically Injured After Being Struck by Vehicle In Mississauga 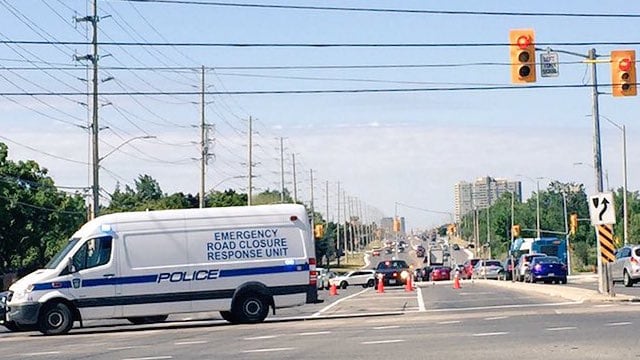 A woman is in critical condition after being struck by a vehicle in Mississauga.

The incident happened at the intersection of Hurontario and Eglinton, according to Peel Regional Police, who were called to the scene at around 8:30 a.m.

The woman has been taken to a trauma centre with life-threatening injuries.

The Major Collision Bureau is on scene investigating. The intersection will be closed in the meantime.