Winter Weather is Coming for Mississauga 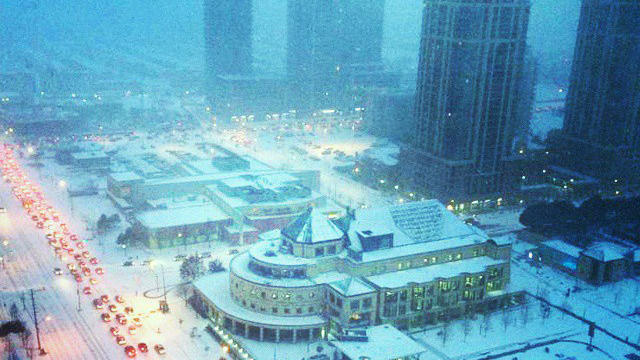 Have you been enjoying the balmy weather we’ve been having lately? Well, enjoy it while it lasts because Winter Is Coming.

According to a recent Weather Network report, November might be a cold–or at least, colder than usual–month for Mississauga and surrounding areas.

“While we expect temperatures to drop during November, there are signs that the decline will be more profound than usual for parts of the Prairies, Ontario and Quebec,” the article says. “During mid to late November, we expect a pattern change which will bring several rounds of below seasonal temperatures to this region…It is not yet possible to pinpoint the timing for this pattern change, but at this point the most likely timing appears to be sometime during the November 10th to 17th time frame. From time to time, a pattern change like this will occur quite quickly, but more often than not they are slower to develop than expected. Once the pattern change does occur, we expect that it will persist through at least early December.”

While cold weather is the worst (it is, don’t pretend you don’t agree because you love “skiing” and “sweaters” and “boots”), something worse will accompany it–snow.

According to the Weather Network, water temperatures in the Great Lakes are at near record levels and that means that, when arctic air arrives, the contrast between the two will “enhance the threat for substantial lake effect snow squalls in the traditional snow belt areas.”

Now, the Weather Network is careful to acknowledge that, hey–they might be wrong. We might get to enjoy more mild weather into November, but we might not.