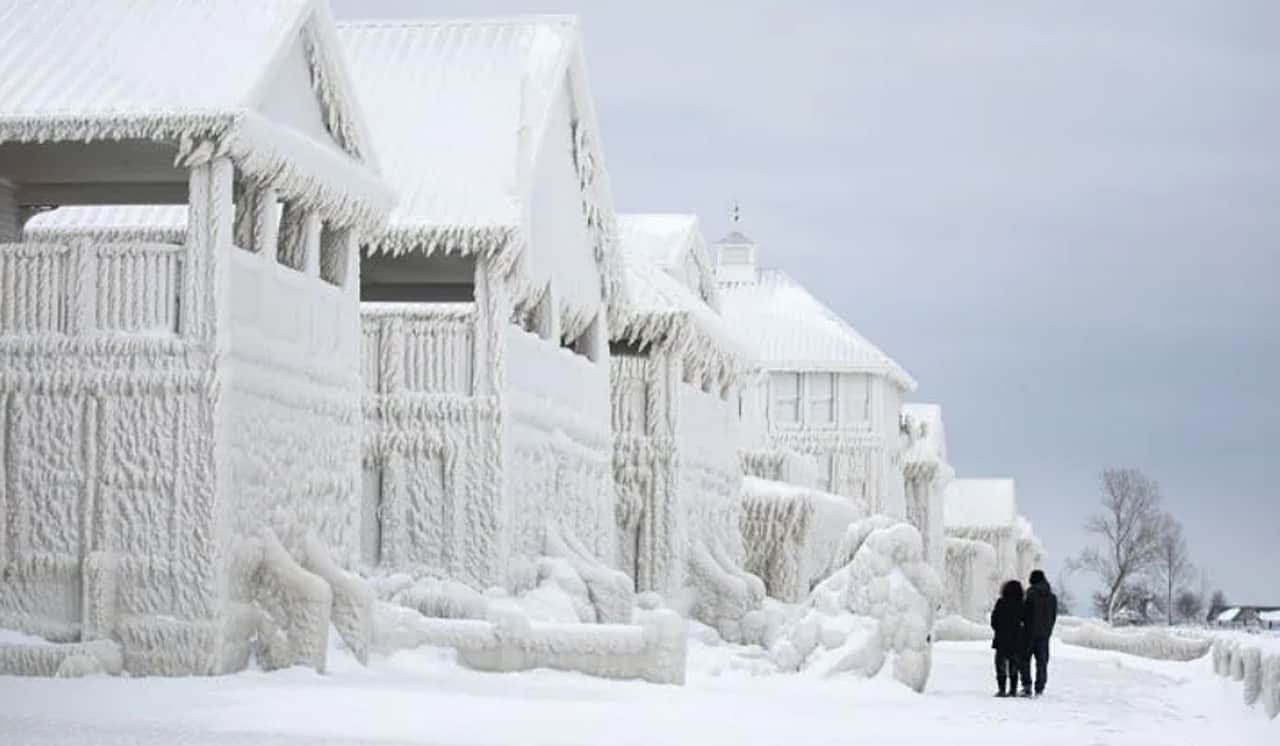 Ice covers homes along the lakefront in Fort Erie. Photo by THE CANADIAN PRESS/Nick Iwanyshyn

Crews that have been dealing with the snow and ice that hit For Erie before Christmas are being met with abuse by impatient residents waiting for the clean-up to be over.

Reports indicate that Town and other workers trying to remove snow from sidewalks and clear the roads are taking the brunt of the frustration by those who are trying to get out of the driveways and head to work or to get shopping done. Crews trying to restore power have also faced insults.

The abuse has reached such an extent that police have been put on notice.

A message put out by the Town of Fort Erie highlighted the problem:

“There have been reports of aggressive and hostile behaviour towards Town workers while they work tirelessly to clear roads, remove downed trees, and restore water and power. This will not be tolerated. NRPS (Niagara Regional Police Service) are available where situations arise,” reads the missive posted on Twitter.

A worker who spoke to inniagararegion.com said the situation through the community was “treacherous” and that a lot of work has been done, but there is still more to do.

However, he said he has been taken aback by some of the comments hurled his way by those who want life to return to normal.

“It’s been brutal,” said the worker who asked that his name not be revealed. “It’s hard enough getting through all this snow without having someone scream at you because they think we aren’t working fast enough. I can assure everyone, we are working as fast as we can.”

Fort Erie was hit hard with winter weather last week that saw a large accumulation of snow along with ice that covered many lakefront properties, particularly in Crystal Beach.

My dads places in Crystal Beach after the winter storm pic.twitter.com/BnntAihoMz

The melting of the ice has also posed problems as it falls from higher structures and smashes to the ground.

Warmer weather has helped, but the snow removal and clean-up continues.

As a final reminder, the Town has asked residents to be patient.

“Please be kind and show gratitude to the many workers and first responders (often risking their own lives) working through exhaustion over the holidays to battle this massive and unique winter storm and the continued aftermath,” the Tweeted message said.