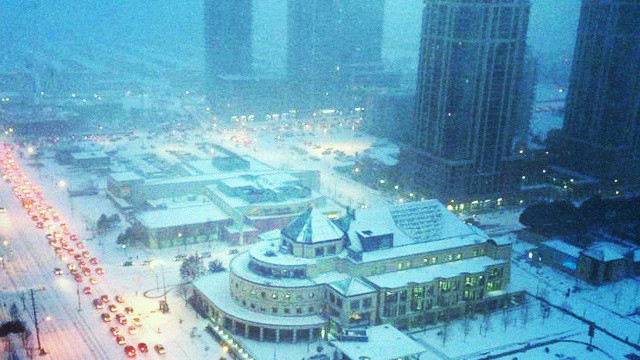 It’s true that we have had some mild weather this January, but the recent downpour of snow a few days ago seems to have just been a sign of what’s to come.

According to The Weather Network, “Winter Part Two” is coming!

First, a burst of snow could kick off the month on Thursday afternoon, when a strong cold will “race through” the GTA.

“Temperatures will plunge Thursday evening and overnight and lake effect snow squalls are likely in the snow belt areas southeast of Georgian Bay and Lake Huron.”

Come Friday, we’re in for some frigid temperatures. The Weather Network is forecasting that it will feel like -20 C for most of Friday, with possible scattered flurries across the region.

As for this weekend, Saturday might bring a period of 3-6 cm of snow in the late afternoon or evening and ending overnight.

“At this point we do not have snow in the forecast for Sunday, but this system will have to be watched closely as it will tap into more Gulf moisture and if the track comes any further to the north we will see snow reaching Niagara and into the southern GTA.”

An active storm pattern could continue next week to round out early February.

Cold seasonal temperatures are expected from February and into March — we may not need the groundhog to tell us more winter is here, after all! Photo courtesy of The Weather Network