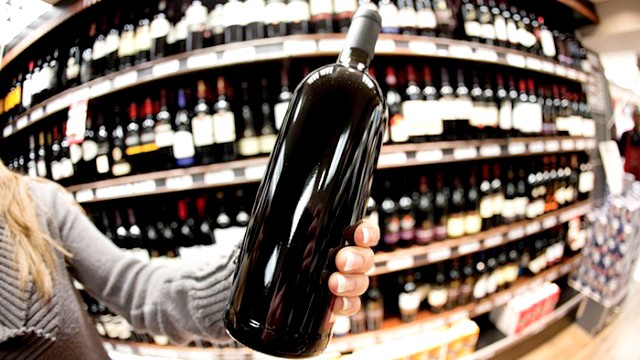 While Ontario’s worrisome debt has residents pretty grim, a cool new debt alleviation strategy might placate — moderately, at least — some vino lovers in the province.

According to a recent story in The Globe and Mail, Ontario will allow 150 grocery stores to start selling wine. The move — a welcome one, especially after the province gave grocery stores (including several in Mississauga) the go-ahead to start selling six-packs of beer late last year — will allow grocers to offer shoppers wine as well as big-name and craft brews. As of now, wine sales are restricted to the LCBO and 292 wine outlets that are predominantly controlled by two wineries.

The wine roll-out will be similar to the beer one. According to The Globe, the government will auction off the first 70 licenses this summer in hopes of having wine on grocery store shelves by fall. Another change will be shoppers’ ability to pay for Wine Rack and Wine Shop purchases at regular check-out counters. The LCBO will be able to sell more boxed wine, which might appeal to boxed wine enthusiasts who like their packaging a little less fancy.

In terms of caveats — there are always caveats — some restrictions will apply. It appears the revamped system will temporarily prioritize Ontario vino producers, as half the licenses will stipulate that stores sell VQA wines exclusively for three years before introducing other products. If you’re in the market for a nice Italian Pinot, you might still have to hit up your local LCBO if your nearest grocer only holds a license for Ontario-produced goods.

As for pricing, the minimum you can expect to drop on a local chardonnay is $10.95. If you want to spend less on your Saturday night Netflix beverage, you’ll have to head to the LCBO or a nearby Wine Rack or Wine Shop.

While the rules governing wine distribution are still archaically rigid, the relaxation of the regulations is beneficial to both grocers and consumers. It’s simply more convenient to be able to grab a bottle of wine while shopping for your weekly groceries, especially if you’re further from an LCBO.

While it’s not yet known which retailers will be able to sell wine, the beer roll-out should have Mississauga dwellers optimistic. Both the Michael-Angelo’s on Erin Mills Pkwy and Loblaw’s on Erin Mills Pkwy were given the go-ahead to start selling beer prior to Christmas last year, so they (or other Sauga-based retailers) might also nab some nifty wine licenses this summer.

So while the province’s steep debt has many concerned, it might also help some of us get more drunk.

And forget about the debt.

If only for a moment.