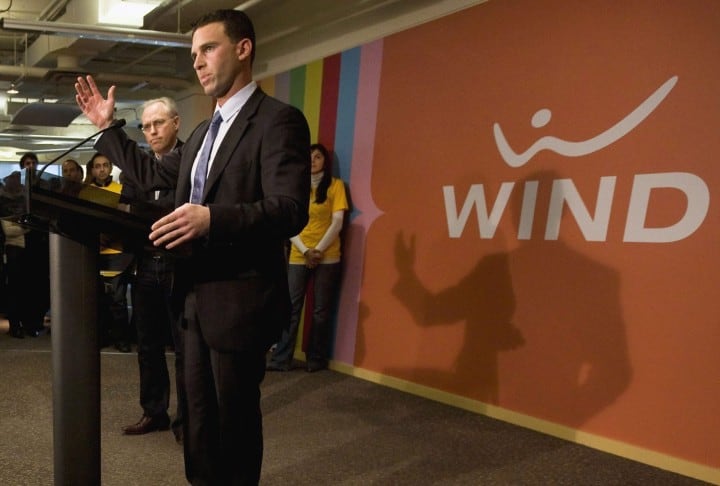 Lacavera built Wind into Canada’s fourth-largest wireless business from its creation in 2008 until it was sold in 2016 to Shaw Communications, which renamed it Freedom Mobile.

Rogers announced on March 15 that it will buy Shaw in a $26-billion deal that would combine Canada’s two largest cable operations and is expected to face regulatory scrutiny over competition concerns in the wireless industry.

Lacavera said he believes Wind Mobile could succeed as an independent carrier if regulators force Rogers to divest it — but that would require a number of policies and enforcement actions that limit the power of the Big Three wireless companies.

“I think there needs to be a holistic picture of what the competitive framework will look like,” Lacavera said in an interview.

Much of the money that will be spent by wireless carriers in coming years will be for towers, transmission equipment and wireless spectrum that’s used to beam voice calls and internet data from place to place.

Lacavera said the federal government, which is in charge of selling and managing the spectrum, should make sure the Big Three don’t end up with so many licences that no other company could be an effective rival.

But the solution isn’t as simple as forcing the big players to divest spectrum, he added.

He thinks regulators should enforce existing rules that are supposed to force the large carriers to share space on strategically important cell towers so that new companies don’t have to duplicate that infrastructure.

He also thinks there needs to be a review of the Big Three’s use of flanker brands (Rogers has Fido and Chatr, for instance, Bell has Virgin and Lucky, while Telus has Koodo and Public Mobile).

Lacavera found that his access to capital — the money required to build Wind’s infrastructure — was severely limited after years of court and regulatory battles with the established carriers.

Foreign backers that helped Lacavera fund the initial launch of Wind eventually pulled out because they were concerned about an “apparent lack of certainty” about Wind’s ability to get spectrum licences and operating licences.

Lacavera said that he lost voting control of Wind after replacing the foreign backers with a different group of private equity investors, who forced the sale of Wind to Shaw over his objections.

“So I think it’s very important that whatever policy we create now ensures that (a) fourth company is able to access the capital, whether it be domestic or foreign and under whatever rules make sense,” Lacavera said.

In announcing the deal to buy Shaw, Rogers CEO Joe Natale said that he was confident of getting regulatory and government approval by early 2022.

But there’s been stiff opposition from consumer groups, academics and customers since it was announced, mostly because of fear that prices will go up and service quality will go down if Rogers eliminates one of its competitors.

Michael Geist, a law professor at the University of Ottawa and Canada Research Chair in internet and e-commerce law, said last week that a Rogers takeover of Shaw would remove the best chance at a viable national fourth carrier.

“It will quite clearly result in reduced competition in several major markets and higher prices,” Geist said at a March 16 virtual event co-ordinated by various groups.

Several studies have said Canada has higher mobile prices compared with other countries — but the major carriers have criticized the quality and accuracy of those studies, including some published by the federal government.

A report released Wednesday by the C.D. Howe economic think-tank — with input from a committee that includes representatives of Canada’s biggest phone and cable companies — says that there needs to be less attention to how prices compare with what’s available in other countries.

“Working Group members share concern around the accuracy of benchmarks and validity of comparisons for consumer prices of telecommunications services. With the federal government’s focus on wireless pricing, group members stressed the importance of timely and transparent information about the telecommunications market that reflects actual prices paid by consumers.

In Lacavera’s opinion, Wind demonstrated that even a small independent wireless carrier has the ability to stimulate better retail prices, customer service and technological innovation from the industry as a whole.

He called for a thorough re-evaluation of the “fourth carrier” policy — depending on competition among at least four rivals in every part of the country — that has been pursued by both the Conservatives under Stephen Harper and the Liberals under Justin Trudeau.

Lower prices for consumers is part of what Canada needs, but is not always the most important factor — given the cost of building highly reliable, fast wireless networks.