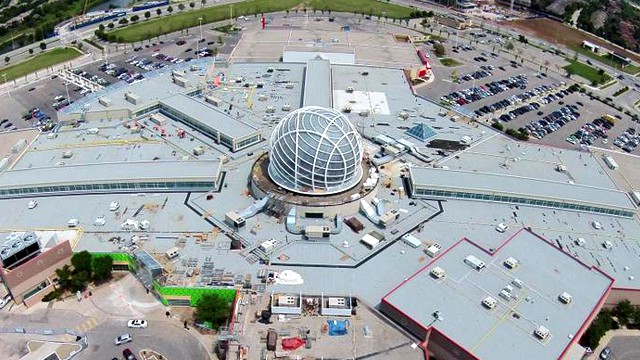 On July 10, 2013, Erin Mills Town Centre Vice President Nance MacDonald announced that the sizeable but somewhat ho-hum mall would be getting a massive $100 million facelift — the first major change to its aesthetic since its 1989 inception.

The massive construction project appears to be lumbering to a close, with a projected completion date of fall 2015 (so, a few short months from now). It’s been over two years of parking lot closures, massive food court upheaval and general confusion as to what’s open and closed. To be fair, mall operators have done their best to ensure the show goes on. A lot of construction has taken place during off-hours, so retailers can keep their usual schedules and shoppers can access stores, salons and medical offices.

While the enormous undertaking has no doubt inconvenienced shoppers and employees, it’s hard to argue that the facelift was unnecessary.

The mall, a spacious structure known for its recognizable but dated clock tower, wasn’t aging well. What was once a convenient hub for a developing community (Churchill Meadows used to be a mass of sprawling fields) became home to far too many cell phone stores and a smattering of basic quick-dining options. The structure boasted numerous salons, but only a handful of interesting clothing stores. As time went on, people looking to shop for more varied and fashionable clothes and accessories moved east to Square One or even Sherway Gardens.

The revitalization of the mall — complete with the 283 ft. glass sphere that Mississauga have affectionately dubbed the Death Star — was a long time coming. It was the only mall large and central enough to compete with Square One and it had, up to that point, moved through the typical retail destination lifecycle by boasting and eventually closing its various sit-down restaurants, mini-putt and movie theatre (all well and good and keeping with the times).

With a stagnant retail landscape and tired look, it was time to introduce new and better stores, a sleeker and sexier European-style food court with socialization and more gourmet dining in mind, more windows and more maximization of the space.

It just feels like it’s taken so long to complete the construction that locals may have simply lost interest.

That said, it is possible people’s patience will be rewarded. And soon.

The good news for the mall is that, even if people have forsaken it in lieu of Square One for the time being, it’s a walkable destination for so many condo and townhouse dwellers in the area. It also benefits from outlying restos and retailers, such as the LCBO, Indigo and Paramount. People who pop into the Indigo Starbucks or Boston Pizza for a drink might decide to do some shopping at Erin Mills for convenience’s sake and be won over by the reinvigorated resto scene and bright, airy aesthetic.

Also, the reno does compliment the visual growth of the neighbourhood. More and more modern glass-faced and intricately hued condos have been built (or are set to be built) and it’s good that the mall is capitalizing on style trends and eschewing brick and mortar for massive windows. It’s also good that, when food is top of mind for so many people, the operators have acknowledged the necessity of presenting diverse and gourmet dining options.

All that said, mall operators have been tight-lipped about what new stores and restos will be taking up residence in the mall post-construction. While it’s clear the new design offers the chic and modern look the neighbourhood wants and needs, it’s unclear what organs will pulse within the shiny new bones. Perhaps administration is taking a “if we build it, they will come” approach and that’s a fine and optimistic attitude to have. It shows — as if the massive costs didn’t — faith and belief in the monumental and time-consuming reno.

But when construction ends in the fall (should the deadline be met), shoppers will want new and better stores and restos to go with the sleek new design.

Here’s hoping the mall can deliver. 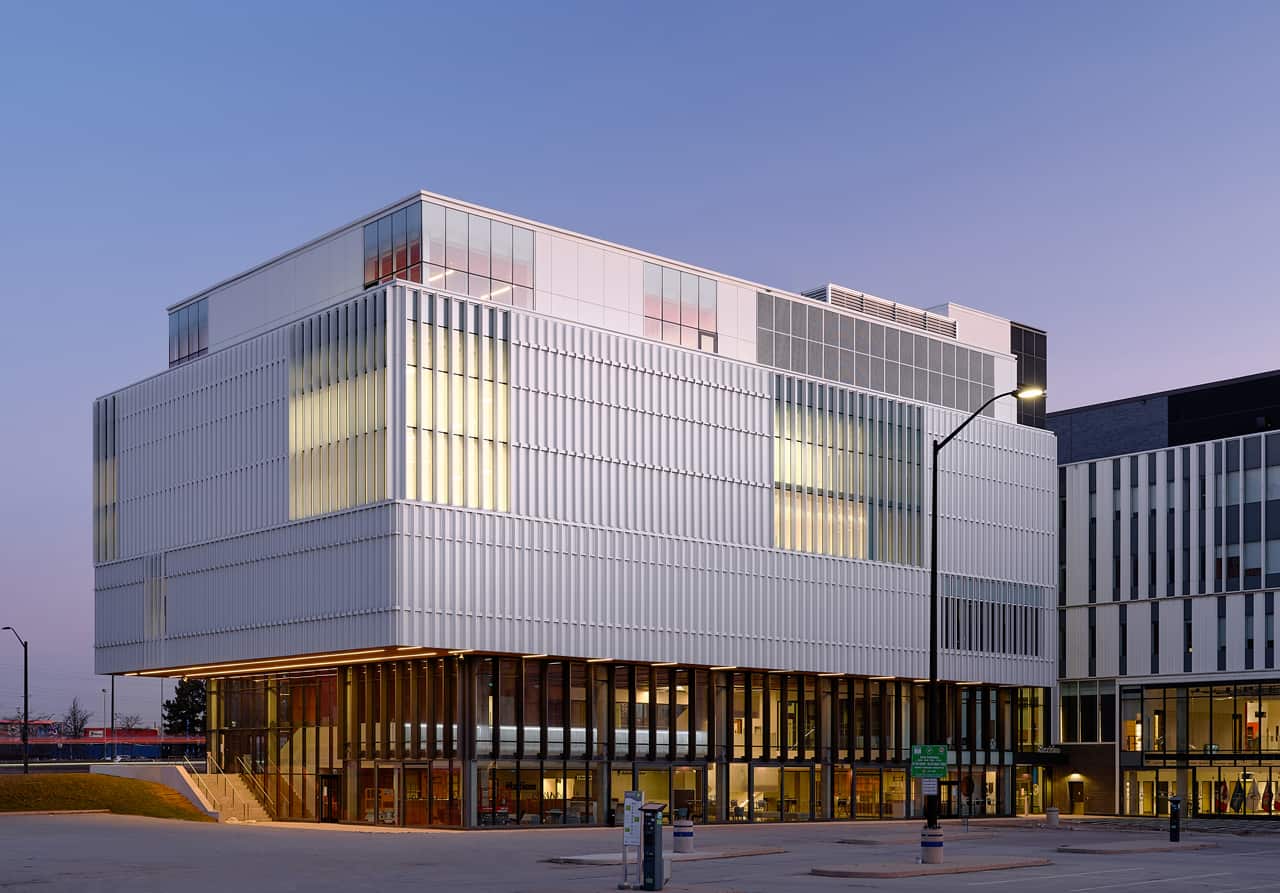 Sheridan College in Mississauga just got a modern student...