Will the Peel District School Board Cancel Trips to U.S. in Wake of Trump’s Travel Ban? 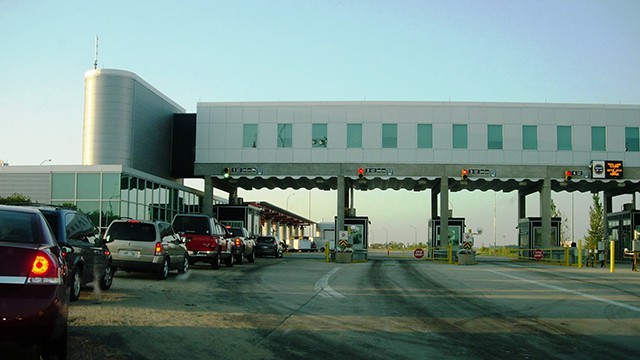 Although Donald Trump’s presidency is still very much in its infancy, it’s been wracked with controversy (as most people expected it would be). Over the past few weeks, Trump’s proposed travel bans have drawn ire and concern from a swath of critics and a number of organizations, including the Toronto District School Board (TDSB).

In fact, the school board has decided to hold off on traveling to the U.S. as a result.

“Earlier this month, the U.S. announced new travel restrictions at its borders, including the U.S./Canada border. As you may know, the executive order that was to put these restrictions in place has been suspended again pending the outcome of a number of court challenges. While the court challenges have stopped the implementation of the executive order, there continues to be uncertainty surrounding these new restrictions — specifically with regards to who may be impacted and when. With this in mind, the Toronto District School Board is now faced with a difficult choice,” TDSB said in a recent statement.

The school board has decided to err on the side of caution and stop booking school trips to the U.S. for the time being.

Although the announcement stunned some students, parents and the public, it appears the decision was not taken lightly. Although Canada is not on the list of banned countries, it’s home to many permanent residents–some of which are students–who could be denied entry into the country.

Because Peel is also an incredibly diverse region full of students who are newcomers, TDSB’s move begs the question of whether or not the Peel District School Board (PSDB) will consider holding off on U.S. travel.

For now, however, the answer is no.

A PDSB representative told insauga.com that the the school board has no plans to call off or restrict school-related travel to the U.S. at this time.

To be clear, the TDSB isn’t cancelling trips that have already been approved. In fact, the board noted that 24 trips involving approximately 800 students will proceed. Should the executive order pass, however, trips containing students who could be affected will be called off and parents and students would be reimbursed for any lost money accordingly.

In the meantime, the board has decided to hold off on planning and booking U.S. travel.

“We do not make this decision lightly, but given the uncertainty of these new travel restrictions and when they may come into effect, if at all, we strongly believe that our students should not be placed into these situations of potentially being turned away at the border. The TDSB remains committed to ensuring that fairness, equity, and inclusion are essential principles of our school system and are integrated into all our policies, programs, operations, and practices, including school trips. For the trips that will be continuing — should students with the appropriate documentation be denied entry to the U.S. for no legitimate reason, the entire trip will return to Toronto and will not proceed,” the board wrote.

At this point, it looks like the PDSB wants to keep its travel options and that makes sense–there are a ton of valuable experiences available for Canadian students in the U.S. At the same time, it’s unfortunate that the TDSB felt it needed to preemptively cease travel because of the potentially detrimental effect the proposed bans could have on students.

In the end, it’s really just a shame these bans–even if they’re more ideas than anything else–are forcing school boards to make these difficult decisions.

It’ll be interesting to see how the bans play out and if any other school boards–PDSB included–ultimately decide to hold off on traveling to the U.S. until these issues are resolved.