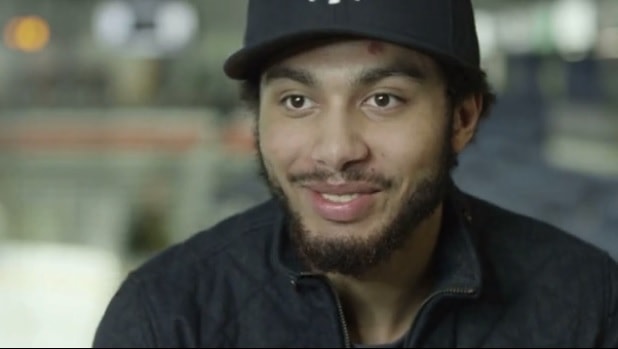 With the NHL season openers starting on October 12 – less than two weeks away – Toronto Maple Leaf fans are taking hard looks at the prospects during the exhibition games and many like what they see in Niagara IceDogs graduate Josh Ho-Sang.

Ho-Sang finished his OHL career with the IceDogs in 2016, notching 82 points in 66 games. He finished the previous season, split between the Windsor Spitfires and the IceDogs with 81 points in 60 games.

After being drafted by the New York Islanders 28th in 2014 Entry Draft, Ho-Sang got a lot of attention the following year for showing up late to the first day of training camp.

From there, there have been minor stops between the Isles, their AHL affiliate and most recently, two teams in the Swedish Hockey League.

When the Leafs invited him to camp on a personal tryout (PTO) this year, many remembered his past performances and raised an eyebrow.

However, since then, the eyebrows have been raised for different reasons. The fact is now after just three exhibition games, Leafs fans are heaping excited praise in his direction.

In fact, if these upper-level hockey decisions were left up to Twitter, the Leafs would be handing him a signed contract.

Last night (September 29) in an exhibition game against Ottawa, Ho-Sang dropped a beautiful seeing-eye pass through a huge crowd directly to the stick of Michael Bunting for a second period power-play goal that saw fans jaws drop. In the end, Bunting collected a hat-trick with Ho-Sang assisting all three goals.

“Josh Ho-Sang is definitely an NHL player,” said one. “I don’t see how Josh Ho-Sang doesn’t make this team,” said another.

Another bravely predicted: “Josh Ho-Sang will make the lineup and be a dominant player for the Leafs.” Said another, “Josh Ho-Sang was broken. The Maple Leafs have fixed him.”

Even Leafs captain John Tavares, who played with Ho-Sang for the Islanders (albeit in brief flashes), praises the changes to his style and skill he brought compared to his early years.

Another brought up his heritage, which is a mix of Jamaican, Chinese, Chilean, Russian-Jewish and Swedish, noting, “You know what I get a kick out of? In July, I defended Josh Ho Sang online because someone tweeted something racist about him. People blocked me, ignored me, attacked me online. Now I am seeing those same people show praise and love for him.”

The only real reason for bringing up his heritage here is that, as a person who is black, he was asked to comment on the racist situation that former Oshawa General Jalen Smereck faced in a Ukrainian Hockey League game last weekend. Smereck, who is black, was taunted by an opponent who mimicked eating a banana, possibly the most tired and disgusting trope towards blacks ever.

Ho-Sang showed worldly maturity in his response, going far beyond race and including all maligned groups, noting some people just need to “get educated” and find “the help they need.” (Full statement below.)

No angry outburst, no indignation but rather the same maturity the Maple Leafs are hoping to see on the ice.