Will Mississauga Move to Restrict Airbnb? 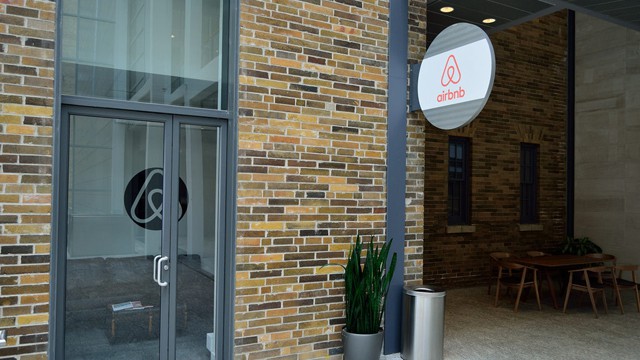 Ah, Airbnb–a godsend for some and an enormous headache for others.

On numerous occasions, Insauga has reported on Mississauga’s response to the growing use of Airbnb, a popular home-sharing app for people who want to earn some side income by renting their homes to short-term (often vacationing) tenants looking for temporary accommodations.

It is widely used in every corner of the globe, and Mississauga is no exception. Recently, a new precedent was set when a judge ruled that condo corporations can ban residents from listing their units on short-term rental services like Airbnb and Expedia.

At this week’s regular Planning and Development Committee (PDC), Mississauga City Council began deliberating on measures to handle Airbnb rentals, also known as Short Term Accommodations (STAs). You can read the entire Corporate Report from the meeting here, specifically starting around page 65 where the report on STAs begins. The PDC meeting itself is shown here.

Statistics show that STAs are an issue that can no longer be ignored in Mississauga. Consider the following:

The numbers show that this aspect of the sharing economy is thriving in Mississauga. As one of the stats indicated, STAs do not necessarily have to be in condo high rises; there are existing detached homes that are serving as STAs. But detached home STAs can pose a bigger problem than a unit in a condo.

I’m sure people remember the Airbnb rental in the Meadowvale area that was getting numerous nuisance complaints because it was accommodating rowdy partiers. Councillor Karen Ras previously reported that complaints were filed from Lorne Park residents in Ward 2 as well.

One of the unique challenges of reporting nuisances or other problems related to STAs is that because there isn’t a by-law on the books, there are essentially no rules about how they operate in Mississauga. If you call your city councillor, they can take the complaint but there’s no specific department that deals with them; issues get shunted to other departments that deal with property standards and noise complaints. There are a number of other Canadian jurisdictions as well places beyond our borders, such as New York state, providing best practices on how to accommodate STAs.

Their best practices regarding STA by-laws:

But even with rules in place, there are challenges in trying to enforce them. How do you prove the existence of an STA? Staff would need to gain entry into the dwelling to do an inspection. Can you imagine by-law officers going into the Marilyn Monroe towers and checking every unit to see if it is being operated as a STA?

The whole process can also be quite time consuming: with over 500 listings and counting, how do you put up the money, manpower and resources to conduct a long term investigation? These were the same issues that emerged during the Uber debate, which resulted in council rescinding an Uber ban when they discovered it couldn’t be enforced.

There seemed to be a strong consensus around the council table to have extensive consultations about STAs with various stakeholders and the community. Councillor Ras asked how long the consultations would be, and staff answered about two months. Most of the other councillors, such as Councillors Nando Iannicca, Sue McFadden, and Chris Fonseca, also parroted the need for additional consultations.

Councillor Iannicca sounded like he understood times were changing, but did raise concerns that his ward could change drastically if people decide to basically convert their homes to STAs to make money. Ward 7 has a lot of homes from established neighbourhoods, so more STAs could impact property values and quality of life for existing homeowners who suddenly find themselves living beside a home that’s being used as a rental for very transient guests.

However, Councillor Carolyn Parrish was more consistent with her opposition to the sharing economy. She found it annoying that this underground economy has been allowed to flourish, leading to higher taxes for basically everyone else.

Mayor Crombie took the opposite stance that things are inevitable; STAs are part of Mississauga and they aren’t going away anytime soon; it would be wrong headed to try to impose a ban. Crombie actually revealed that she herself has an Airbnb listing, but outside of Mississauga and the GTA. She contacted the Integrity Commissioner to see if she was able to even discuss the STA matter, but because it was outside Mississauga’s jurisdiction, the conflict of interest rules didn’t apply. So fortunately for her, there is no controversy here due to a Rob Ford (private football foundation fiasco) or Hazel McCallion type of omission.

Another councillor who expressed more positive comments about Airbnb was Councillor Jim Tovey. I found this surprising, because Tovey expressed an almost opposite view of Uber back during the debate last year (he wasn’t happy about some company in California making a lot of money from Mississauga). His positive comments about Airbnb stemmed more from their procedural guidelines on dealing with bad hosts and bad listings, which result in removal from the Airbnb platform.

Comments from Representative from Ratepayers Associations

William Chudiak made a presentation on behalf of Miranet, the umbrella group that represents ratepayers associations. He outlined proposals that sounded like a repeat of what the Corporate Report proposed, but Chudiak included some specifics that made it sound like it was tailored for Mississauga, but perhaps stronger than what other jurisdictions have.

Chudiak made comparisons to the town of The Blue Mountains in southwestern Ontario and mentioned how bed and breakfasts (B&Bs) there are governed under by-laws. He was rather incensed that the council was looking taking the ‘wait and see’ approach to mirror what Toronto was doing, saying Mississauga will one day surpass Toronto in terms of size and should be making its own decisions.

I would say some of Chudiak’s points make sense. A standard two week vacation is somewhere around 14 days, but there are circumstances where someone might need to stay longer, so maybe somewhere in between 14-30 days could be a compromise. As for the comparison to B&Bs, I’m not sure how fitting that is. The Blue Mountains is more of a tourist/resort town and as such the by-laws for B&Bs are structured according to that situation. Mississauga only has five B&Bs, so the city doesn’t really have much in terms of stand alone by-laws to govern them.

I’m not sure if STAs and the traditional B&B could even be considered the same thing. Airbnb users want the feeling of living like they’re home while visiting somewhere else. A B&B is more personal, as the hosts actually feed you. Therefore, I don’t think you can take the rules that govern traditional B&Bs and just apply them to STAs.

When Chudiak mentioned he was acting on behalf of a neighbour who had a complaint about an Airbnb next door. Councillor Tovey asked if they went online to register a complaint with Airbnb. From their back and forth, it didn’t appear that Chudiak’s neighbour did so.

Perhaps he and his neighbour relied primarily on calling 311 and leaving it at that, keeping the matter strictly within the confines of Mississauga. Airbnb is a global platform; so people should realize they should go to the source first and foremost.