Will Mississauga Be Open To Taxes To Fund New Transportation Projects? 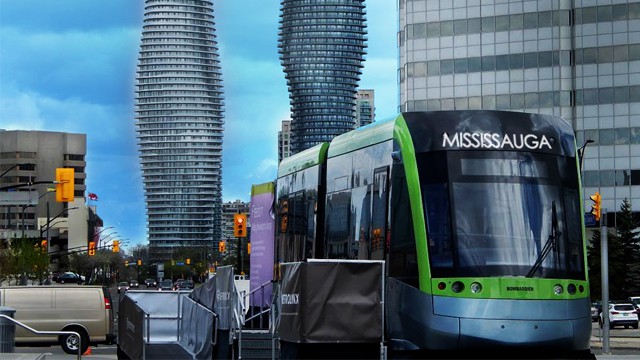 It’s no secret that Mississauga — and the GTHA in general — is about to implement some hefty (and important) transportation projects. While few could argue (successfully, at least, though they would try) that the overall region isn’t in need of such projects, some experts are concerned that the province (and its municipalities) might not have the necessary funding (or funding plans) in place at the moment.

According to a report by Move the GTHA, Ontario is facing a $28.8 billion capital funding gap for its proposed Big Move transportation plan.

For those unfamiliar with the Big Move, it’s the 25-year regional transportation plan (RTP) for the Greater Toronto and Hamilton area that the province proposed in partnership with Metrolinx back in 2008. While the RTP is pretty sprawling, its biggest initiative is the construction of an extensive rapid transit network by 2033. According to the report, the proposed network and any subsequent announcements will total 1,395 km at a capital cost of $68.1 billion in 2014 dollars.

Move the GTHA identified a significant funding gap in its Are We There Yet: The State of Transit Investment in the Greater Toronto and Hamilton Area report and it hopes that Metrolinx will address the issue during an upcoming period for public consultation on the project (the public can comment up until Oct. 21).

Now, it’s important to note that the report does not specifically call out Mississauga projects because it doesn’t provide a city-by-city breakdown of the transit gap.

That said, Mississauga is set to be home to some pretty sizeable Big Move projects, including the Hurontario LRT, the Transitway, two-way all-day GO service and rapid transit on Dundas, and that means that it’ll have to get its monetary ducks in a row when it comes to fully implementing and maintaining these necessary but costly projects.

Now, the Hurontario LRT is fully funded by the province, but that doesn’t mean that the city won’t be on the hook for costs associated with aging and routine maintenance.

So, how will the city address its portion of the discrepancies identified in the report? Although it can’t provide exact numbers for every project, it does have capital funding in place for some projects and is aware of other costs it may incur over time.

“The final stage of the construction of the city portion of the Mississauga Transitway is expected to be complete in February 2017. There is capital funding available to complete the construction within the city’s capital budget,” says Carley Smith DeBenedictis, Senior Communications Advisor, speaking on behalf of Mississauga’s Transportation and Works Department.

“The estimated operating and maintenance cost of the city portion of the transitway (eight stations) is $2.9 million annually, which includes stations, busway, landscaping and internal staff costs.  Please note that these numbers do not include bus operating costs as the transit routes are not exclusive to the Transitway.”

As for the LRT, figures can’t be pinned down at this point.

“With respect to the Hurontario LRT Project, Metrolinx recently completed a Memorandum of Understanding with the city of Mississauga that identifies their role for capital funding and outlines that the city will have a role in covering a portion of future operating costs,” says Smith DeBenedictis. “However, that figure will be negotiated in detail through an agreement closer to the LRT becoming operational, which is currently scheduled for 2022. Our staff is and will continue to explore what those costs could be; however, we cannot provide a figure at this point.

On the matter of Dundas Connects, little has been decided — possibly because the project is barely out of the conception phases.

“The City is currently developing a Master Plan for Dundas Street, titled Dundas Connects. The Master Plan will look at the long-term, future-oriented needs for land-use, transit and the public realm along the Dundas corridor. Capital and operating budgets for any recommended rapid transit will be developed in co-operation with Metrolinx after the Master Plan has been completed.”

Smith DeBenedictis said that two-way, all-day Go Service on Go rail corridors is a Metrolinx-led initiative that the city will not be on the hook for in terms of capital and operating costs.

While the city is certainly aware of its growing transportation network and associated costs, it might be a challenge to raise revenues to pay for costly maintenance and repairs, mostly because residents will be wary of increasing taxes.

It’ll be a delicate balance between coming up with creative ideas or raise revenues and convincing taxpayers that any increases are reasonable and worthwhile given the city’s growing array of transportation options.

While Move the GTHA is happy that federal, provincial and municipal governments have committed $39.3 billion to the project, it’s concerned that certain costs — namely operating, maintenance and rehabilitation costs — have not yet been accounted for. According to the report, those non-capital costs are estimated to reach $1.6 billion a year by 2022, $3.8 billion by 2032 and $4.6 billion by 2042.

“Numerous expert studies and reports have identified revenue tools that have good potential, including an increase to the HST dedicated to transportation, a new parking space levy, or broadly-based road pricing like is being tested in the USA today.” The report is clear that the government and the public will have to work together to make this project a reality.

So, will Mississauga residents be open to potential increases in fees or taxes to fund the city’s portion of the Big Move projects? Can the city “sell” the potential tax increases as an investment in the city?

The good news is that the city is aware of (and hopefully prepared for) escalating transit costs. Here’s hoping it can communicate effectively with residents to justify any increasing costs related to the, to be fair, much-needed transit projects that have been a long time coming.