Will Future Elections Take Place During The Weekend or A Holiday? 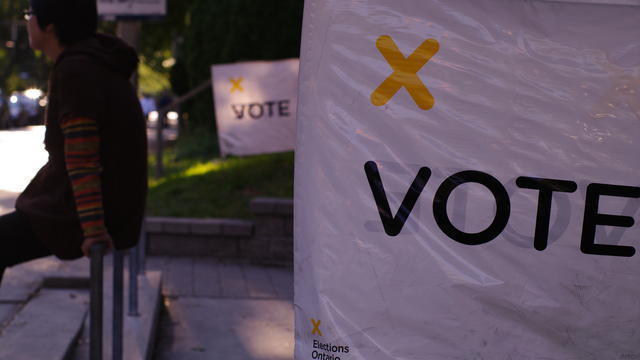 Would you feel more inclined to vote if the election fell on a weekend or a holiday?

That is one of the recommendations the man in charge of running the province’s election is putting forward in his wrap up summary of Ontario’s 2018 election. The province’s Chief Electoral Officer, Greg Essensa, issued his 88 page report to the Ontario Legislature regarding his review of the recently concluded campaign, as well as what can be done in future elections to enhance the voting experience for people in the 21st century.

Ontario’s 42nd election, held on June 7, 2018, resulted in 5,806,286 voters casting their ballots, a turnout of 57 per cent, according to the report. This is actually a higher turnout than previous elections in 2014 and 2011, where voter turnout hovered around or below 50 per cent.

Essensa added that based on Elections Ontario’s findings, 90 per cent of voters experienced a more smoother and efficient process due to the introduction of E-polls, books and vote tabulators. Other data gathering tools allowed EO “increased insight into the events in real-time, and allowed us to respond quickly to emerging issues, based on risk and priority.”

That being said, there’s always room for improvement and Essensa outlined a number of recommendations to modernize the election and to make voting more accessible. Here are some of those recommendations:

Here are my thoughts on these recommendations from Elections Ontario.

I think the vast majority of people out there can agree with moving the actual voting day to a weekend or making it a holiday. Many other countries around the world have their elections held on a Saturday or Sunday. In Canada, this year’s federal election takes place on the third Monday of October every four years.

Aside from the very legitimate argument that having an election not on a school day is safer for the children since it prevents random strangers having access into a school full of kids during the day, voting on a weekend or on a holiday will also make the whole process more convenient for all voters who want to exercise their vote without taking time off work.

Regarding extending the campaign period longer than the current 29 days, in a sense political campaigns nowadays are always going on even outside the “writ” period. The 2015 federal election campaign really started in August right up to the October election date, which still followed the fixed election date rule but stretched the campaign into over 70 days.

An official month long campaign is usually enough time by Canadian standards for voters to make up their minds on who they want to vote for, but during the 2018 provincial election it somehow felt as though the entire process was very rushed; having more time to campaign could benefit inexperienced leaders…but also detrimental to those who want to capitalize on an opponents’ mistakes.

Making Elections Ontario oversee the municipal election voter list is a good step to streamlining the voter list in the province and in cities and towns since they’re all the same voters with the same addresses anyway, no matter which election they’re voting in.

But I would go one step further and suggest EO should take over running municipal elections across Ontario for all the 444 municipalities in the province. Correct me if I’m wrong, but isn’t it an inherent conflict of interest for a local government to be administering an election to elect its own local politicians?

Voters these days seem more interested or preferring advance voting ahead of the general vote itself, as those periods actually occur on a weekend when they’re not busy with work or kids at school. Having more opportunities for advance voting makes the process more convenient.

Take in mind that these recommendations from Elections Ontario are just that, and it will be up to the provincial government to pass legislation enacting these measures.

Would you rather vote on weekend or even making election day a statutory holiday?