Will Brampton’s Tristan Thompson bring along Khloé Kardashian if he gets traded to Raptors? 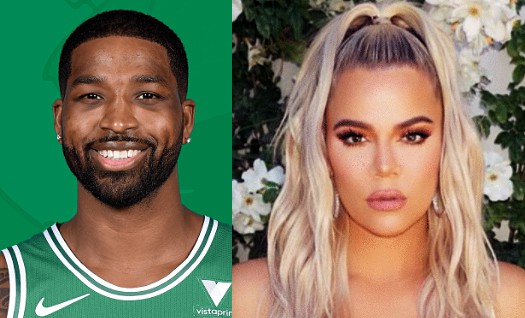 Will he bring his even more famous girlfriend with him?

Rumours continue to swirl that the Toronto Raptors are set on acquiring Tristan Thompson from the Boston Celtics as the home squad tries to make a last-minute push for the playoffs.

The 6-foot-9 centre would apparently fill a gaping hole in the Raptors game where his large frame could help push around some of the opposing players.

Thompson, 30, is Brampton born and raised and attended St. Marguerite d’Youville Secondary School before heading south of the border to hone his basketball skills.

The fourth overall pick in the 2011 NBA draft after a stellar college career with the University of Texas, Thompson played alongside LeBron James and won the NBA championship with the Cleveland Cavaliers in the 2015-2016 season.

Of course, Thompson has had a somewhat tumultuous relationship with Khloé Kardashian who is the mother of one of his children. Currently the couple are together with Thompson becoming an American citizen late last year. The two can be seen regularly on the television program Keeping Up with the Kardashians.

So, if the trade goes through, imagine the possibilities!

Will Khloé shop at Bramalea City Centre? Can you picture Tristan jogging along Chinguacousy Rd.? And what are the chances they will be spotted getting take-out at Sonny’s Drive-In?